From Fyre and Tiger King to Jim & Andy: The Great Beyond (about Jim Carrey and his Andy Kaufman portrayal in Man on the Moon), director and producer Chris Smith has a knack for finding the most watchably weird projects.

Smith’s latest, Operation Varsity Blues: The College Admissions Scandal, blends narrative- and documentary-style filmmaking. Through dramatic re-creations of phone conversations caught on FBI wiretaps, the film, out March 17 on Netflix, revisits the 2019 bribery story. “It challenges the idea that we live in a meritocracy,” Smith says. “Even in education, which is something that we hold almost sacred in this country.”

In the dramatizations, Matthew Modine plays Newport Beach college-admissions counselor Rick Singer, who pled guilty to racketeering and money laundering charges and cooperated with the sting that ensnared parents including Felicity Huffman and Lori Loughlin.

Smith embraced re-creations as a creative approach for two reasons: because most people embroiled in a legal case are not going to talk about it on camera, and because he found the taped phone calls between Singer and his clients fascinating. “These phone calls portrayed the truth in a more genuine way because they were often being recorded without the participants knowing. You’re getting a window into a world that you may not normally see.” 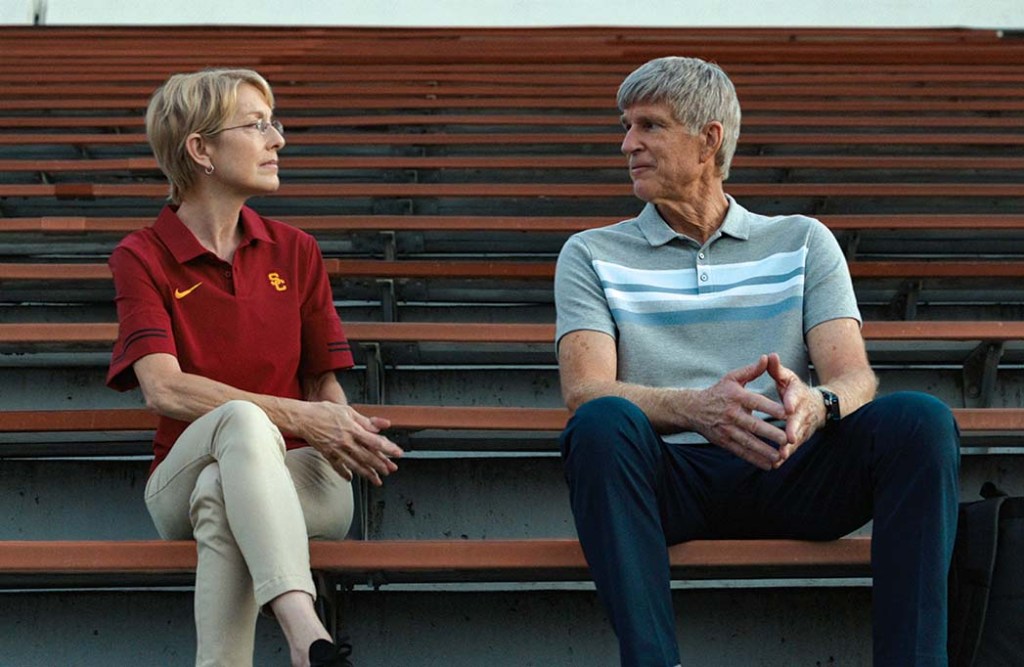 The film also includes interviews with former Stanford sailing coach John Vandemoer; Singer’s onetime colleague and romantic interest Patricia Logan; and various admissions consultants. Smith left Huffman and Loughlin out of the re-creations because he felt their stories had been well covered and instead focused on lesser-known figures who emerged in the FBI affidavit and transcripts, like former STX Entertainment board member and private equity investor Bill McGlashan, played by Josh Stamberg (The Affair).

The injection of streaming companies into the documentary-filmmaking world has exploded the audience for the form, says Smith, who executive produced Tiger King. Ever since that series became a surprise early pandemic hit, there have been rumors of a second season. “I don’t know anything about it,” says Smith. Asked if he’s being coy, he replies, “I generally try to subvert and confuse.”

The robust doc market has fueled competition around hot news stories, even in the two years since his Fyre doc came out just as a competing film did on Hulu. He says that if the Fyre Festival had happened in early 2021, “nine documentaries” would have been “announced the next day.” When the recent furor over the GameStop stock story broke, Smith got four pitches for documentary features in one week. “At that point it stopped being interesting to me.”

Smith’s next project is a docuseries on big-wave surfing for HBO. “I used to only pick things that I was curious about without ever thinking if there was an audience,” he says. “Now, I’m trying to do both.”

This story first appeared in the March 10 issue of The Hollywood Reporter magazine. Click here to subscribe.