The eveningwear-clad teenagers handing out trophies in background shots of the Golden Globes telecast have been known as Miss (or Mr.) Golden Globes since 1963. The title is bequeathed to the daughters (and sometimes sons) of Hollywood royalty — think Dern, Eastwood, Stallone — who are tasked with being the face of the HFPA and literally rolling out the red carpet at the Beverly Hills Hilton a few days ahead of the annual awards show. But for the 2018 event, the role has been rebranded as the Golden Globes Ambassador — and while the traditional moniker has been abandoned, the star power hasn’t.

This year’s ambassador is Simone Garcia Johnson, the daughter of wrestler turned megastar Dwayne Johnson and manager-producer Dany Garcia (while they’re no longer married, Garcia is Johnson’s producing partner and manager). The 16-year-old high school student, who lives in Fort Lauderdale, Florida, also will team with a charity (Global Girl Media, a digital journalism academy that trains young women to become citizen journalists) in her capacity as ambassador. “It’s so important to focus on giving the minds of the future all the opportunities they need to succeed,” she says.

Ahead of her turn at the Jan. 7 show, Johnson told THR why she took on the role, which films she’s rooting for and her future Hollywood plans.

What interested you in being the Golden Globes Ambassador?

The platform allows me to be more than my parents’ daughter and be my own person. I feel especially blessed and honored that I get to be the first Golden Globes Ambassador and represent this brand-new progressive and special title.

Do you enjoy awards shows?

Yes. I like that they are a positive opportunity for everyone to showcase their talent and projects they’ve worked hard on. 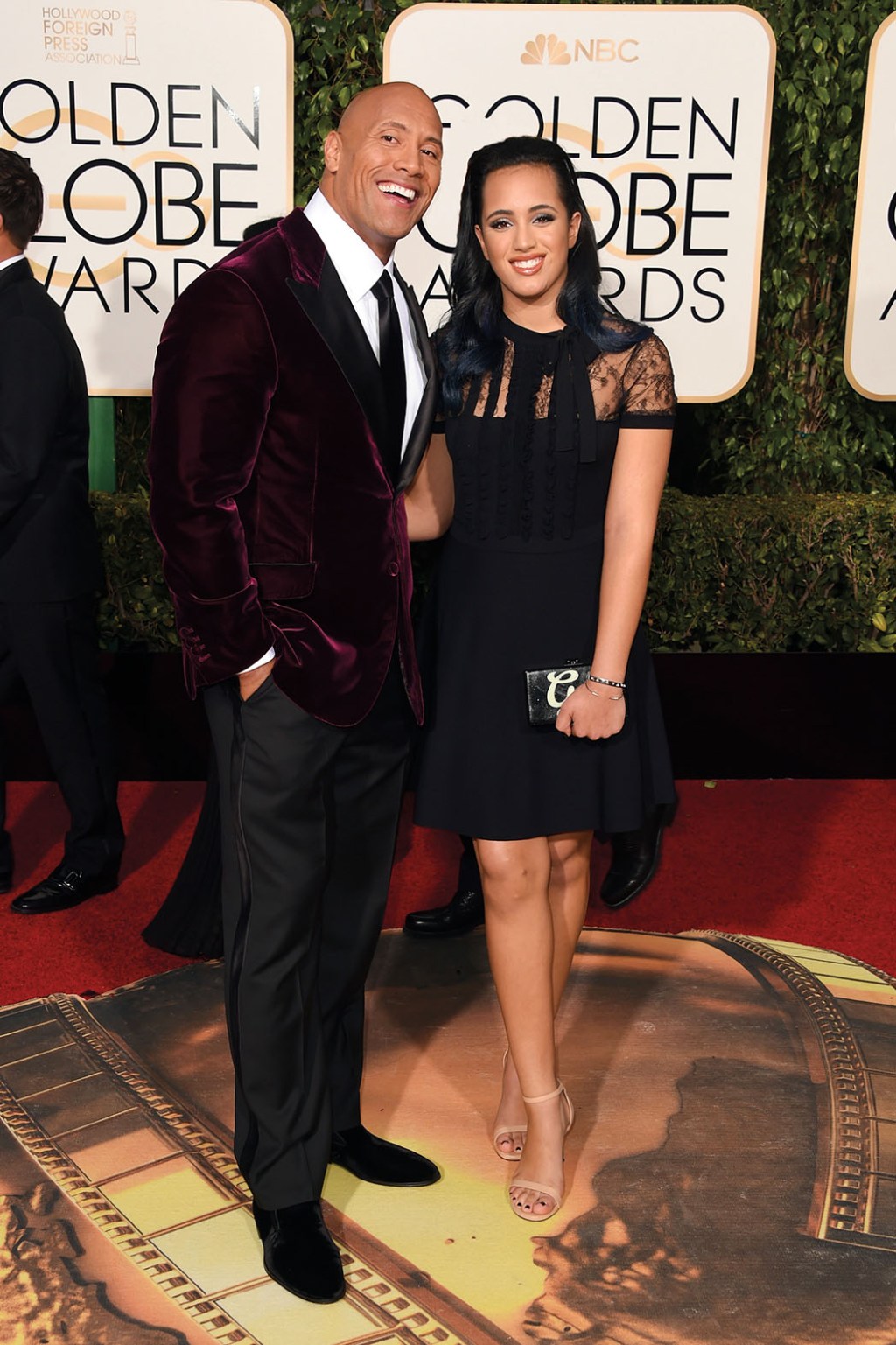 Which films will you be rooting for?

The first films that come to mind are definitely Wonder Woman and Get Out, but I’m waiting to see what else is nominated.

Which of your dad’s movies is your favorite?

I love Baywatch because of all of the hilarious memories from that set. It was filmed close to home, so I was lucky enough to visit often.

You appear to be a big fan of wrestling, especially female wrestling. What is it about the sport that you love?

It’s a sport that is unlike anything else in the world. There’s just a certain amount of passion that every move and match requires, and that’s so admirable. It’s definitely something I’ve thought about and want to pursue.

You’ve signed with IMG models. Do you hope to also go into acting?

As much as I love and admire the film industry, I don’t see myself pursuing a career in it at the moment. I plan to study business in college — NYU, hopefully — and after graduating, I want to pursue wrestling and eventually transition into talent management. 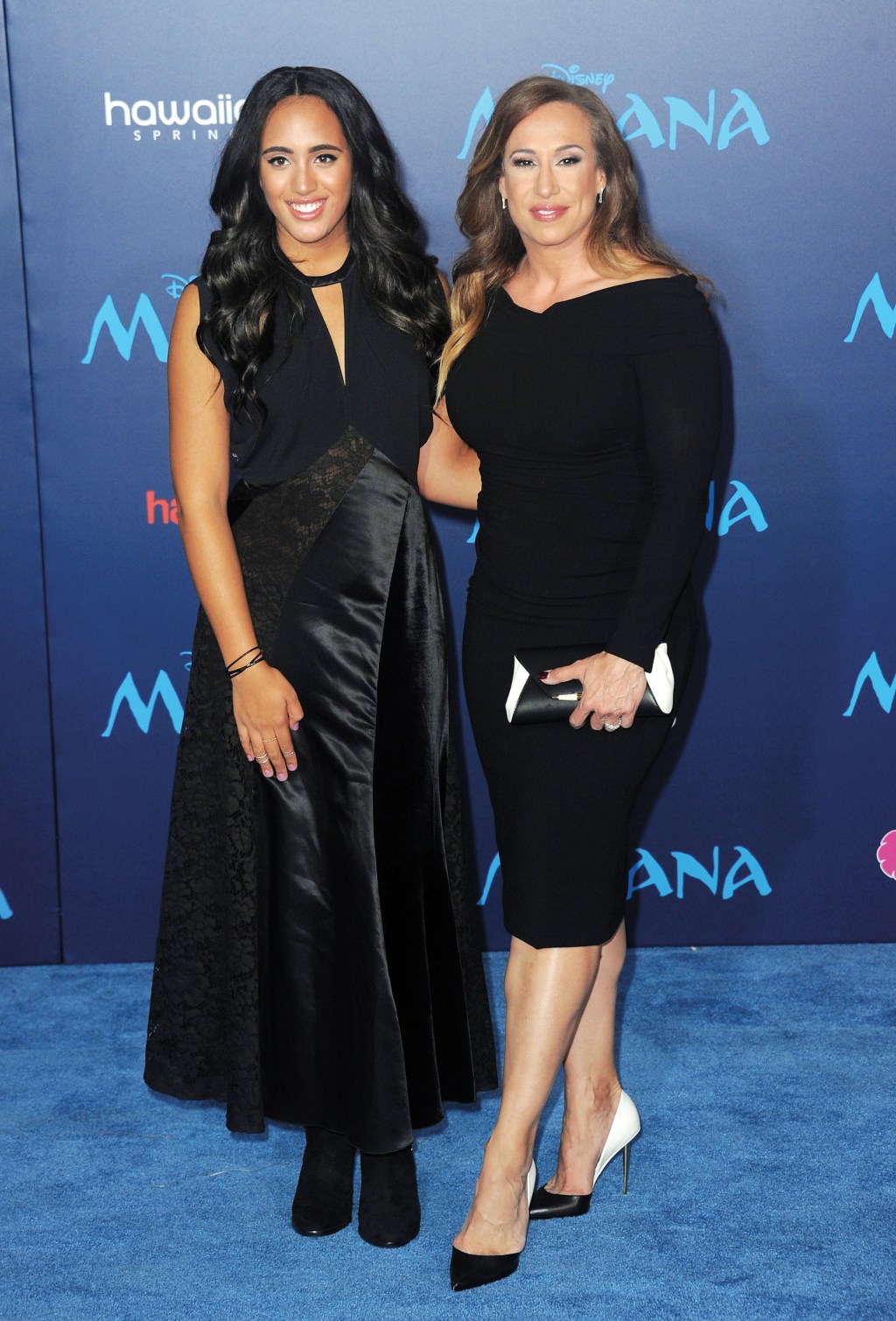 What do you see as the challenge facing young people who grow up in the industry?

The biggest challenge would be finding an identity of their own. Growing up in the industry can lead to a lot of false assumptions based on who your parents are, so it’s very important to be the most authentic version of yourself.

On Instagram, you’ve posted in support of athletes who’ve taken a knee during the national anthem. How should young people participate in activism to bring about positive change?

I think it’s really important to use your voice and speak about the issues you’re passionate about, even if it makes others uncomfortable. Even if it may seem small, when we all come together, we have no choice but to be heard.

This story appears in a November stand-alone issue of The Hollywood Reporter magazine. To receive the magazine, click here to subscribe.