When Doug Mankoff started Echo Lake Entertainment 20 years ago he knew that, for an independent producer-financier, it would be easy to miss the mark. “The bull’s-eye was always really hard to hit, and it’s just gotten smaller and smaller,” says Mankoff of the indie film space, where one failure could mean financial ruin.

After building up clout in the festival markets and with titles like 2001’s Peabody-winning Things Behind the Sun, the financier and production company found itself at the 2005 Toronto Film Festival with three titles (Tsotsi, Water and 12 and Holding). President Andrew Spaulding, who had joined the company shortly after its inception, was on hand for the whirlwind. “In the independent world, we all support each other,” recalls Spaulding. “But the reaction at [TIFF] was just astounding.”

In the years since, Echo Lake has remained relevant in the changing indie space through flexibility and growth, adding a 12-employee management shingle that counts both Fanning sisters as clients and starting an independent TV division. The company also made an awards run with Alexander Payne’s 2013 drama Nebraska. “The idea was to build a company that made films that mattered,” says Mankoff, a Dallas native who worked for film financier Michael Nesmith (Repo Man) before seeking out private investors, many in Texas, to launch Echo Lake. “And to try to do business in a different way than was conventional in Hollywood — that is to say, in an ethical way and always with integrity.”

Mankoff and Spaulding spoke to THR about their two decades in the business, the biggest change they’ve seen in the indie space (“less scoundrels”) and what Netflix means for filmmaking.

What were those first couple of years in the indie space like?

DOUG MANKOFF When I started in the industry, there were very few people investing private equity into independent films. In fact, the view was that those people were suckers: “Never put your own money in.” But I had some of my money in the funds that we were investing [in], so early on it was really about trying to find good projects. It wasn’t that hard because there weren’t a lot of people doing what we were doing, especially for these films that were less commercial and that were more message-oriented.

How would you go about finding your projects?

MANKOFF Every time we’ve made a movie, it was usually about partnering with other producers. The company has been about these great relationships and partnerships. Some better than others, obviously, but really we’ve been fortunate to have a lot more good partnerships with producers than not-so-good ones. About eight years ago, we partnered with Glen Basner just as he was starting FilmNation, and a lot of projects came through FilmNation. He brought us Nebraska, we did Truth [2015] with him, and we did three Pedro Almodovar films with FilmNation.

ANDREW SPAULDING And at that time in the business, we were a known financier and producer of movies. It wasn’t like it is today, where there’s so much financing in the business. So that itself drove a certain amount of traffic. 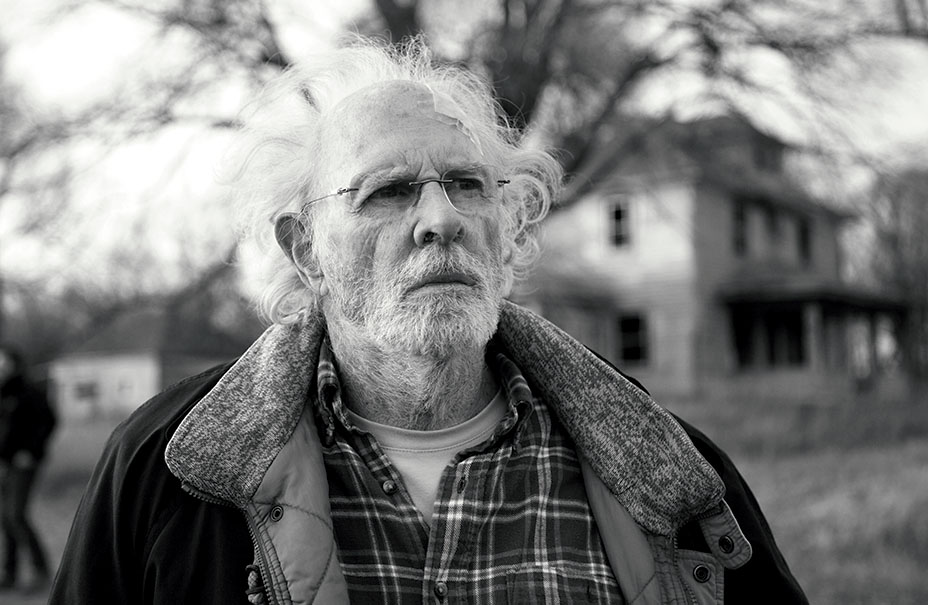 How have you seen the independent space change since you’ve started?

MANKOFF One positive change that I’ve seen in the industry over the past 20 years is that there are less scoundrels. There used to be a lot of shady characters in this business. There are still some, believe me, but not nearly as many as there used to be. It used to be that a lot of what we had to do was navigate and avoid these people. Now, the new crop of producers and financiers are straightforward, dependable people. One very clear example of this is when we started financing movies, it was extremely unusual to have a collection account. You generally had to rely on a sales agent to honestly report and then pay. Now, almost every film that’s done has a collection account set up so that there’s very transparent, easy-to- follow directions for what happens with all of the money that comes in. That doesn’t mean that the sales agents are necessarily more honest. It means that business is done in a more honest and open way.

SPAULDING For a company like us, what’s really made a big difference is the pivot to more television. So both on our production side and our management side we were heavily in features, and we’re now much more balanced — in fact, tilted to TV. The idea of being able to put together TV shows in the way we put together the independent movies — meaning not handing the ownership over to one buyer — is an exciting prospect and something we’re looking to do a lot more of.

As an indie outfit, what are the challenges of branching into television?

MANKOFF It’s a crowded space, and the shows that are going to stand out are going to have to be great. We’re in a really good position to achieve the kind of quality that’s necessary for making successful, long-running TV shows. We’ve got something set up at HBO and something set up at BBC and a pilot that we can’t talk about right now that’s going to be shot in the fall, so we’ve got some really good stuff cooking that we think rises to the kind of quality that we always try to achieve in the independent film space.

What up-and-comers or industry trends make you excited about the future of indie filmmaking?

SPAULDING In terms of films, the change we’ve seen over the past few years that I’m excited about is the rising importance for the international buyers on who’s directing the movie. It was so cast-driven for so many years. It’s really been refreshing to [have them] realize that the director’s the key.

MANKOFF I’m excited about Netflix. We’re doing a movie for them in the fall that we had always conceived of as a regular film that would be in theaters, but frankly they saw the value of it and saw that this would be a wonderful film for them to have. It’s just another way to get great stories told. And while I love the idea of having audiences who don’t know one another get together in a dark room for an experience for a couple of hours, I also like the idea of people turning on their Netflix and watching a good story there. I just see it as an additive.

What do you think streamers like Netflix will mean for the indie space?

SPAULDING Getting attention for an independent movie has never been easy, but it’s particularly difficult right now. It’s expensive, very few break out and actually work from a commercial perspective, and so having an alternative where one can get a lot of eyeballs is very attractive.

MANKOFF And when you’re making movies that you feel matter and you really just want them to be seen by as many people as possible, then I think you see Netflix as an opportunity. That first movie that we made as a company, Things Behind the Sun, sold at Sundance. We had an option to sell to a theatrical distributor and instead we sold it to Showtime, and the filmmaker [Allison Anders] was very supportive of that because she felt that it was important for as many people as possible to see it. We feel the same way about Netflix now. If more people are going to see a film because of their platform, then so be it. We’re OK with it. 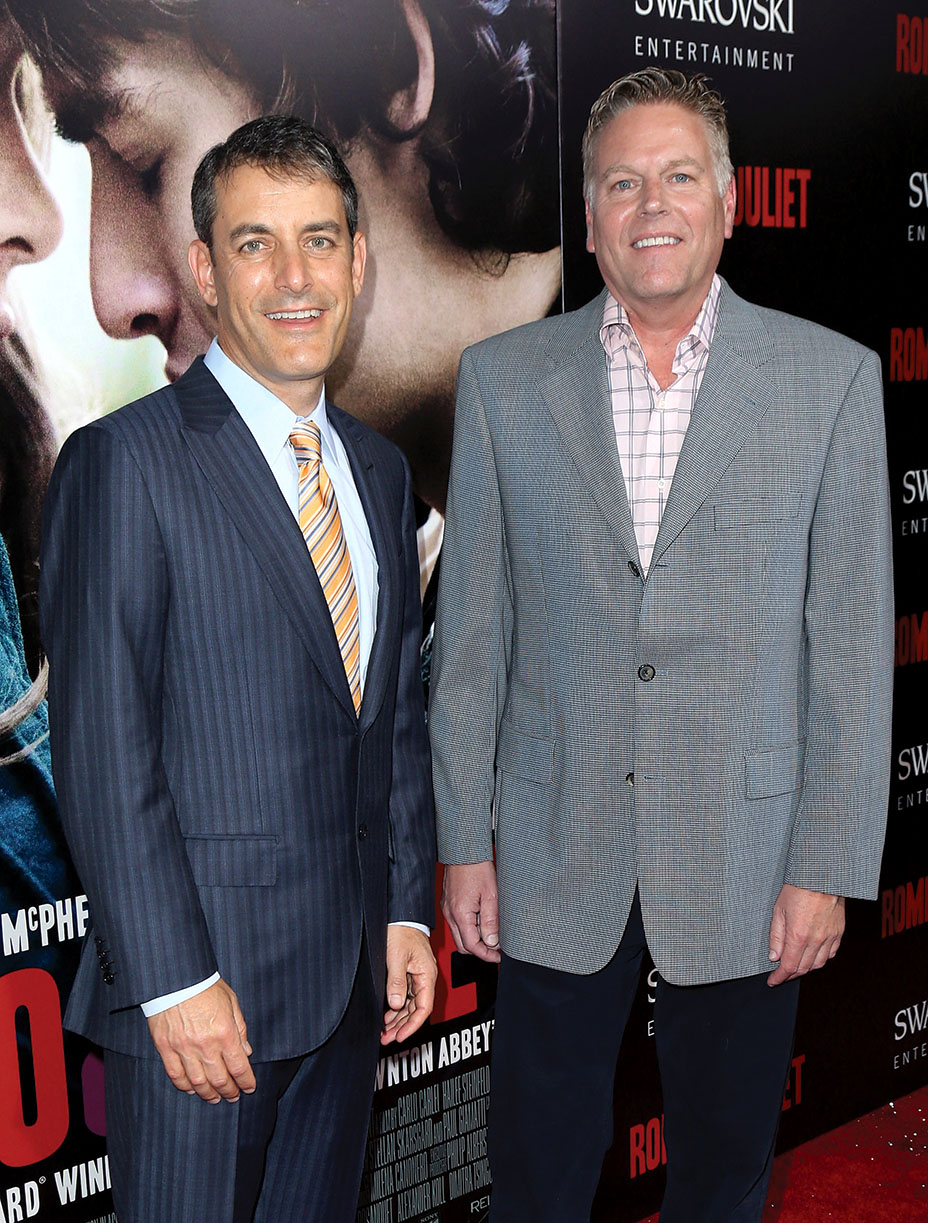 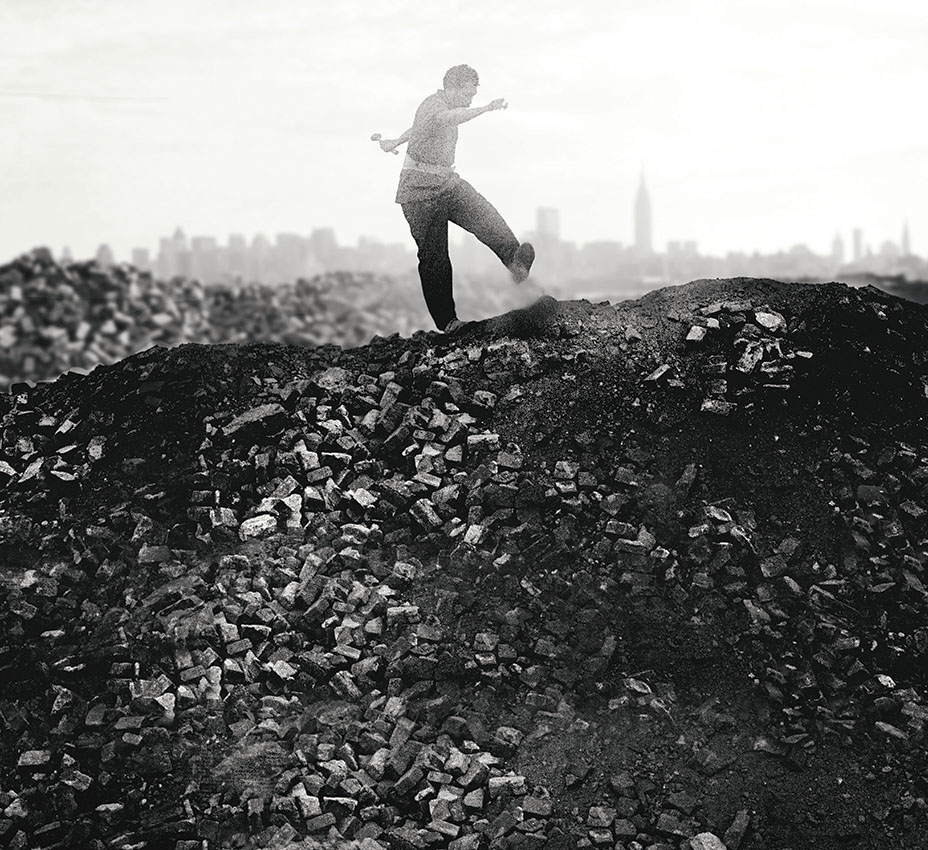 How do you feel about agencies that are starting to produce?

MANKOFF The line has blurred between agency, distributor and financier. It puts a lot of pressure on them to do things in a way that has integrity. They are going to have to make a decision: Is their primary concern with the clients? It’s a decision we have made: If we are ever in a conflict situation, then we are going to look at what is best for the client in the long term as opposed to what is best for us as producers or best for our financiers. If we have to bow out of a project because it doesn’t serve the client, then we will bow out. I think agencies are going to have to take that one — and it is harder for an agency, which is a much bigger organization, to do the right thing.

MANKOFF I don’t think it is going to affect our business. We weren’t selling a lot of movies to Fox and Disney anyway. I think there are plenty of places that will partner with us to distribute movies in a great way — those movies that require a theatrical release.

SPAULDING We have always operated outside the studio system. It has been a really important component of our feature business that we will be in control of our own destiny. We have really resisted flipping projects to studios and hoping they get made and have instead put the projects together ourselves.

Looking forward, how do you see the business changing?

MANKOFF It is going to be a continued migration toward quality. As the streamers go international, giving local filmmakers the ability to show their programs internationally — like Fauda for example — then I think what is going to happen is that we are going to get the best of shows from around that world that will be appearing on our Netflix. It means the best stories are going to rise to the top.

3 PROJECTS ON THE HORIZON
Up next, Echo Lake is adapting a hot YA novel and tech saga for film and tv, as well as a cool comic book. 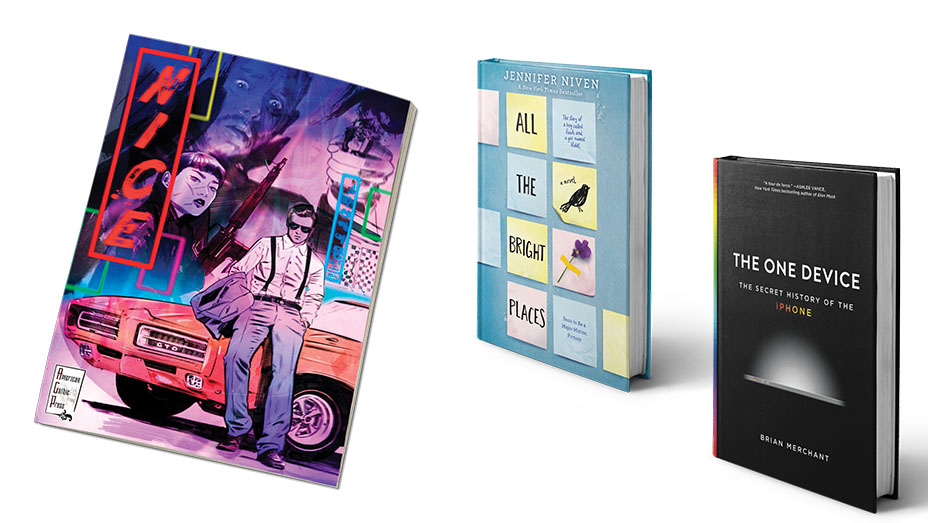 All the Bright Places

Tech journalist Brian Merchant’s The One Device: The Secret History of the iPhone chronicles the decade-long journey to get Apple’s iconic phone from the minds of engineers to America’s pockets. Echo Lake plans to develop it as a limited series. The company’s James Engle and Adam Riback brought the book into Echo Lake and will produce.

Originally planned as a TV pilot, Nice found new life as a comic book series, with Echo Lake partnering with American Gothic Press. By Joseph Ettinger and Dagen Walker, it follows two hipster assassins who realize the organization they kill for is attempting to take over the U.S. Amotz Zakai will produce for Echo Lake.