Who do Hailey Bieber, Rosie Huntington-Whiteley, Bella Hadid and Emma Roberts have on speed dial when they are in need of flawless glowy skin, textured brows and a little dash of sparkle? Celebrity makeup artist Nikki DeRoest, who tells The Hollywood Reporter: “I get to touch a lot of beautiful faces in Hollywood.”

Now, just in time for Earth Month, DeRoest has created her own gluten-free, cruelty-free, vegan makeup line called Róen, born out of the custom eyeshadows she was whipping up for herself at home. “I created a sparkle shadow called Nikki Dust for myself and would wear it all the time,” she says. “Clients were always asking for it, so I decided to start there.” 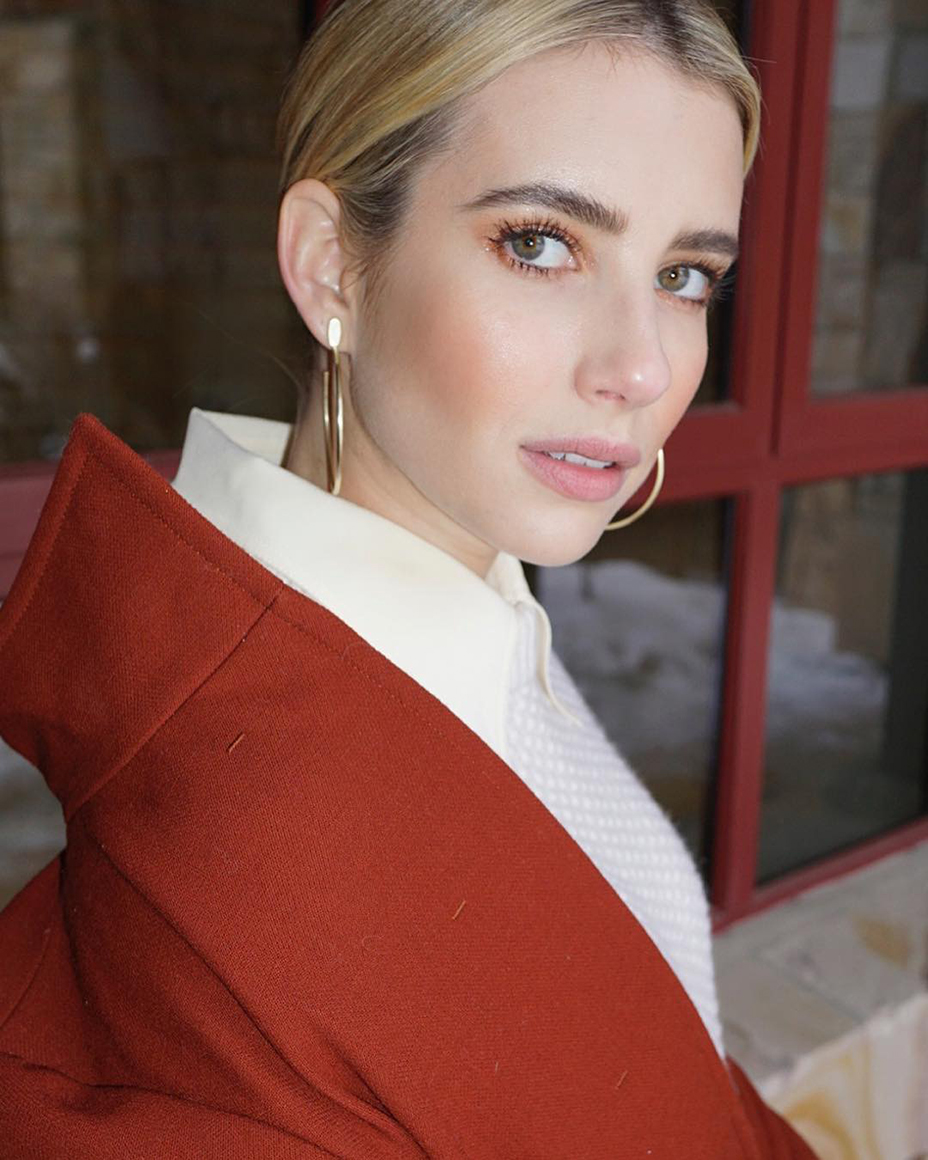 DeRoest quietly launched the line last month with two glitter cream eye shadow palettes ($42) containing four shades each with names such as FaceTime, Meow and Obviously; a two-sided applicator brush ($32); and, the hero product, The Disco Eye — a head-turning, high wattage gold shadow with large pearl flecks ($29). “It’s a first-of-its kind formula that you won’t find anywhere else,” she says. “The Disco also looks incredible on everyone.” 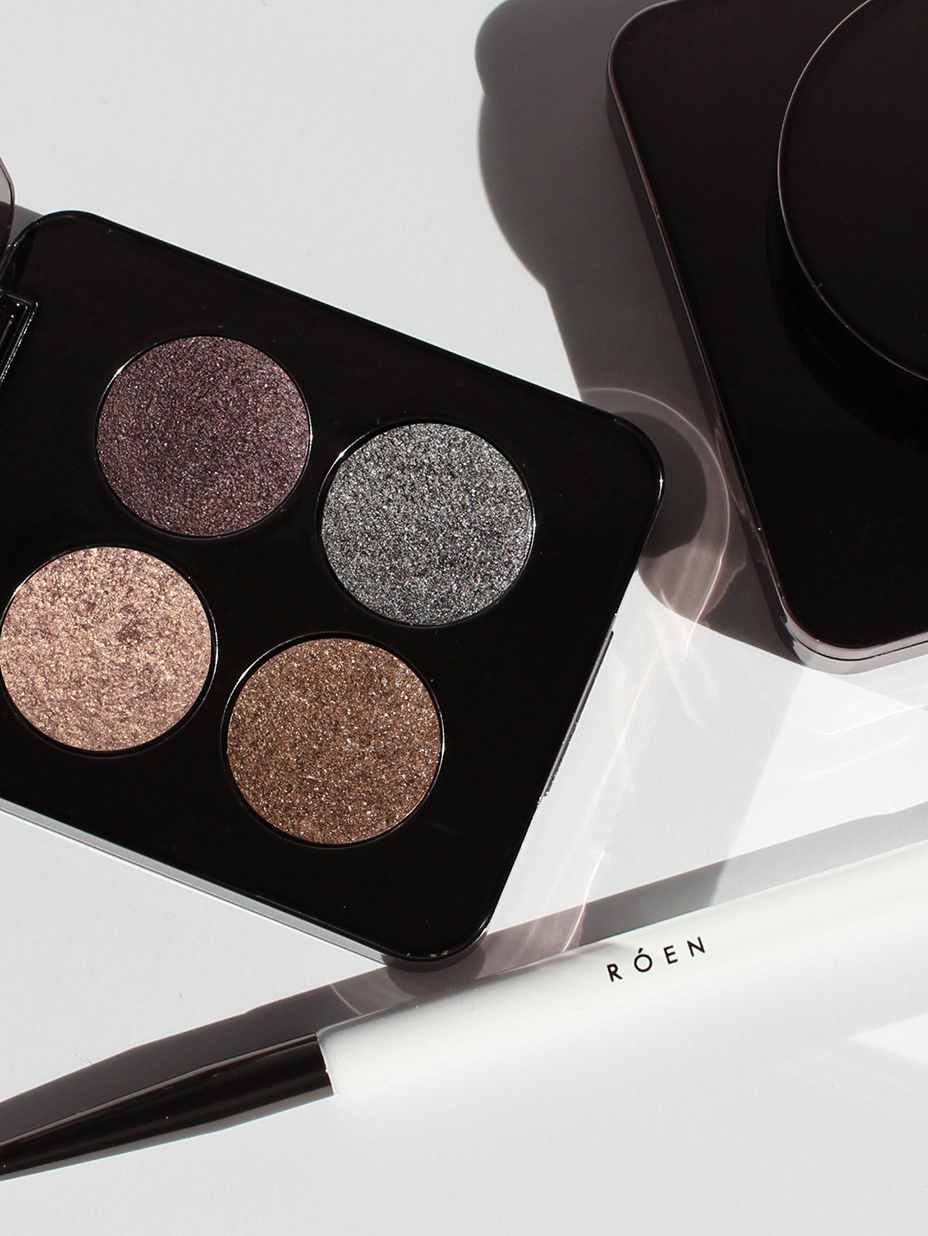 Before releasing the products to the wider world, however, DeRoest had already tested them on the red carpet with the help of willing volunteers including Huntington-Whiteley, who wore the Bask and Yep shades, and Hadid, who rocked Nikki Dust while out on the town during Milan Fashion Week.

“Look, it’s not the first time a makeup artist has created a makeup line,” DeRoest admits. “But I made this for myself as much as my clients. This is what was missing in my makeup kit.” 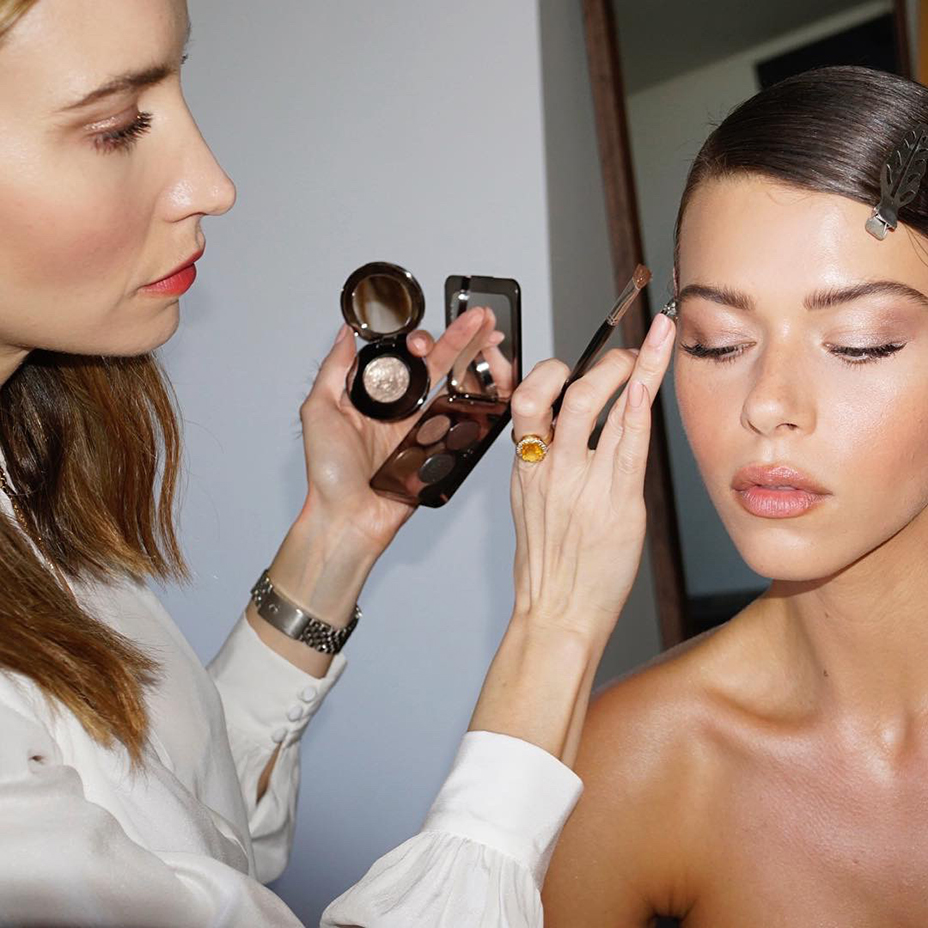 With a focus on uncomplicated, effortless, multi-tasking products (The Disco Eye doubles up as a highlighter), DeRoest’s approach is the opposite of the heavy contouring and baking, achieved after hours in front of a mirror, that has dominated the makeup world for so long.

“The women who inspire me are women who are doing things. They want to look polished but want it to be effortless,” she explains. “The formulas are really special, the product is easy (you can swipe it on with your finger) and the colors are ones you’re actually going to wear — there’s no hot pink!”

As the line grows, the focus will continue to be on perfecting more makeup bag staples that women actually use. “Beauty doesn’t have to be difficult or tricky,” DeRoest says. Next up, she is working on a mascara and brow product. Stay tuned.