Continue to The Hollywood Reporter SKIP AD
You will be redirected back to your article in seconds
Skip to main content
October 10, 2016 4:45pm

Looks from the spring 2017 runways are making their way to the red carpet, and already there seems to be a chief favorite among the celebrity set: Rodarte’s romantic collection inspired by the 1973 Spanish film Spirit of the Beehive.

Emma Stone was the first to appear in the L.A.-based label by sisters Kate and Laura Mulleavy as she stepped out for the screening of La La Land during the Mill Valley Film Festival on Oct. 6. The actress, who is styled by Petra Flannery, donned look 36 from the September show — a hand embroidered white and black dress with tulle and lace details.

The 8 Biggest Takeaways From the Spring 2017 Fashion Season 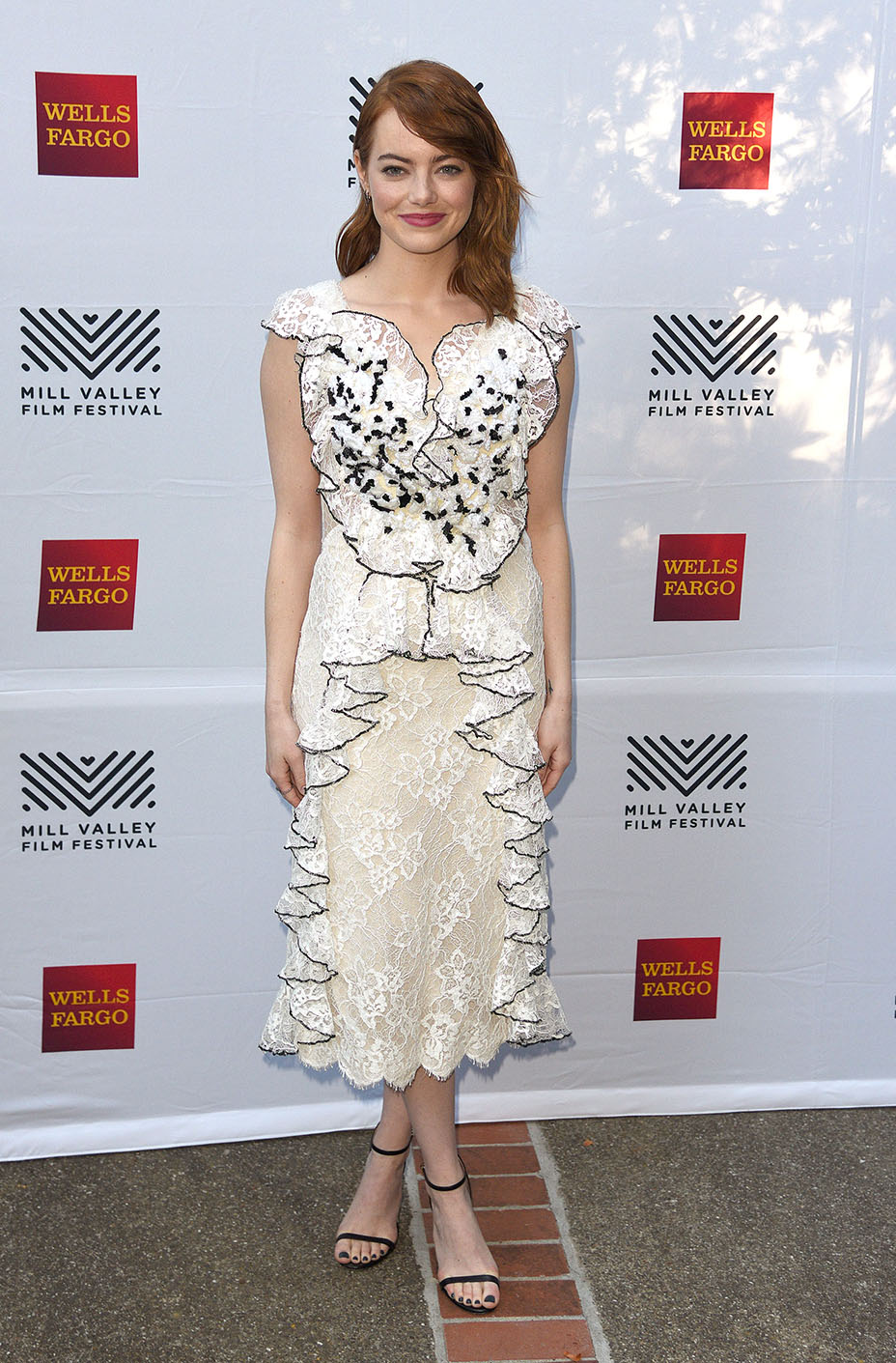 Two days later, another one of the designers’ ethereal creations appeared on Elle Fanning at the 20th Century Women premiere during the New York Film Festival. Styled by Samantha McMillen, the 18-year-old actress looked like a forest fairy-meets-Daisy Buchanan in the pale yellow ruffled crop top and matching skirt with pearl and pleather flower accents (look 1). Gold eyeshadow and shimmery heels finished off the look. As Fanning told Pret-a-Reporter last month, “Never say no to sparkle.” 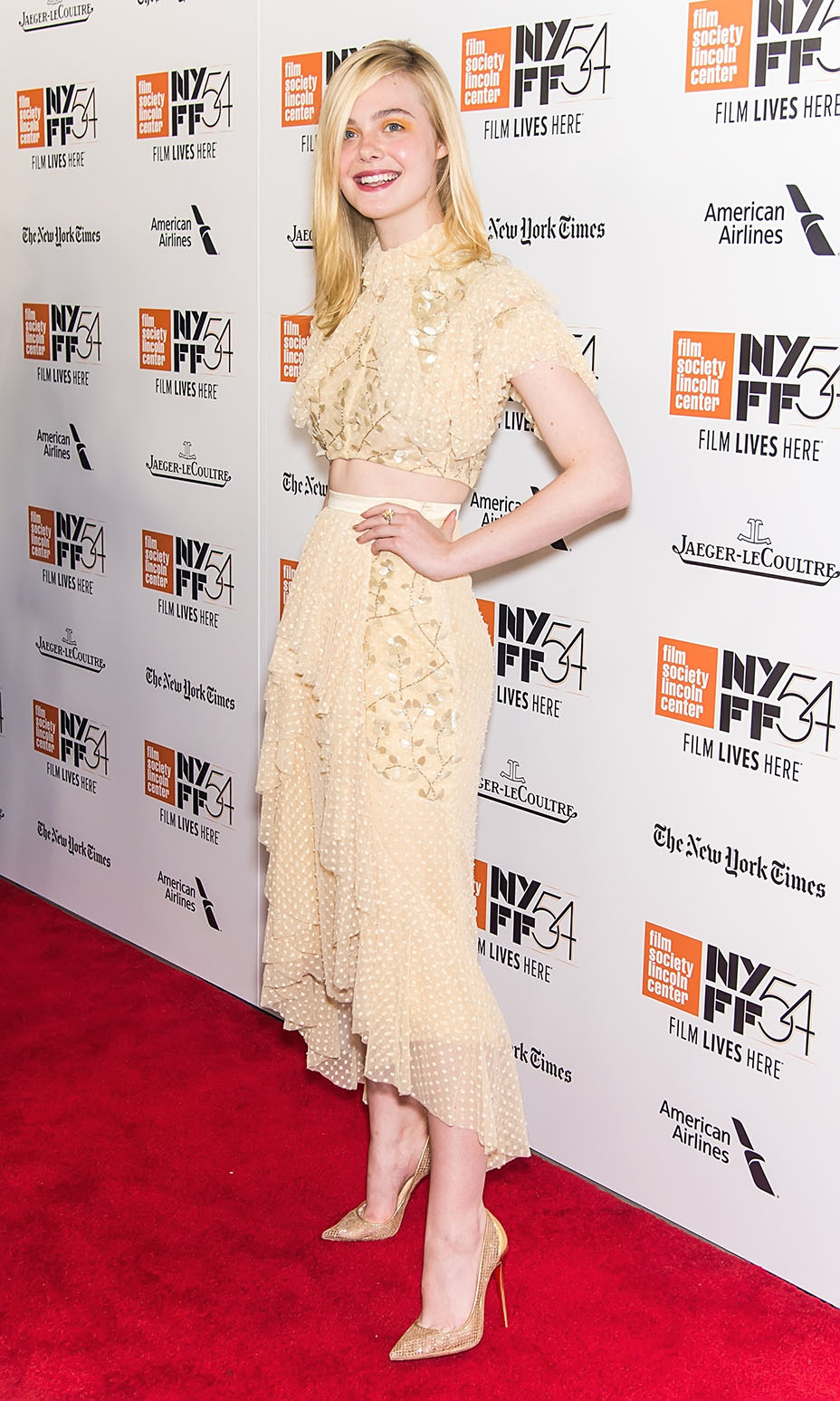 Then Nicole Kidman became the latest actress to wear Rodarte straight off the runway on Sunday for the Mill Valley Film Festival premiere of Lion. Dressed by New York-based stylist Julia von Boehm, who attended the Mulleavy sisters’ show, the 49-year-old stunned in a hand-beaded and embroidered honeycomb dress. 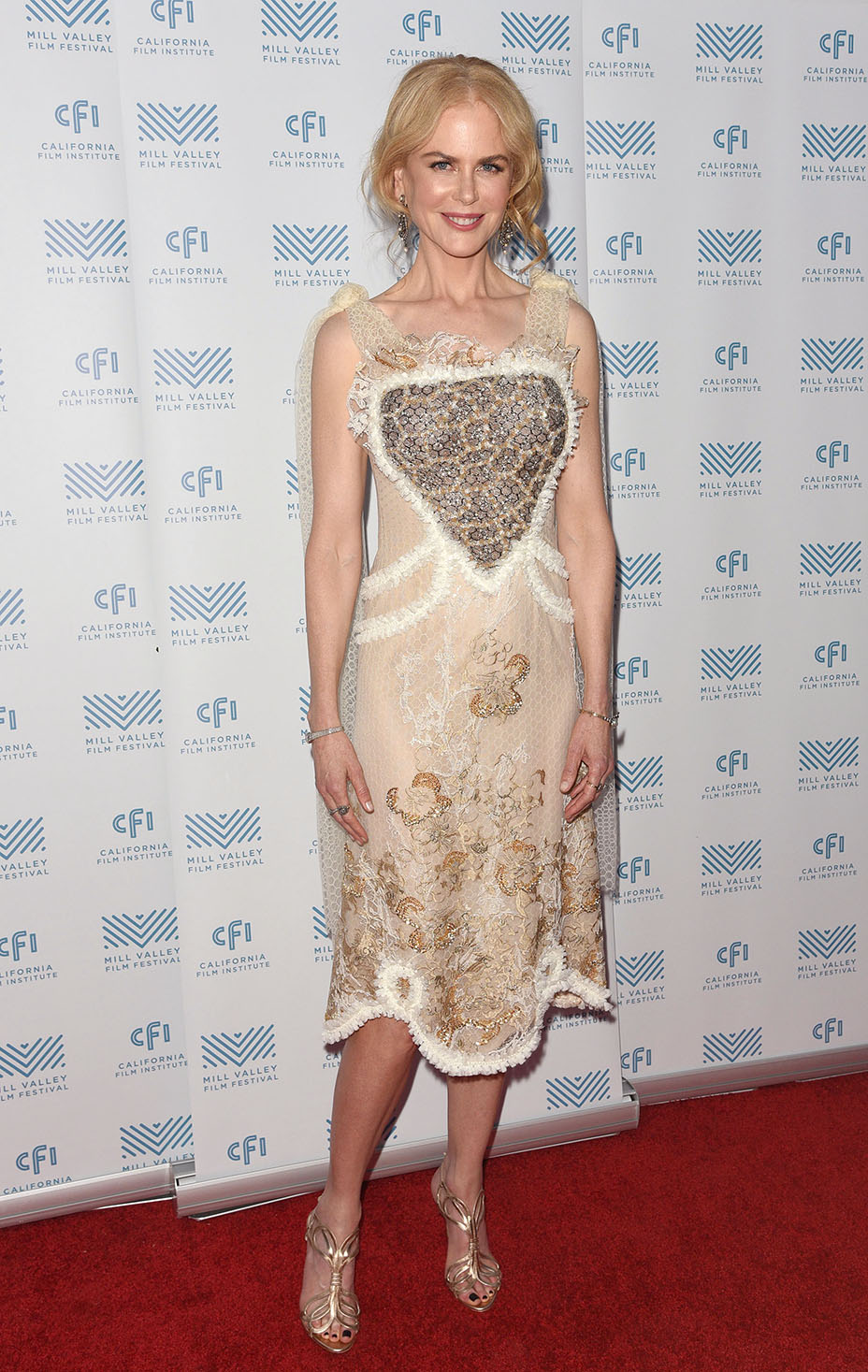 “We played around with very ephemeral fabrics, bees and honeycomb, and trying to make pollen textures by using a lot of dotted tulles,” Kate Mulleavy said backstage in September of the collection’s designs. “Then there was a surprise Janis Joplin homage, because we were watching the documentary about her over and over. She represents a very beautiful idea.”