Emma Stone, fake blood on her face, is calling from the Zombieland 2 set in Georgia. “I’ve been shooting zombies all day,” the 30-year-old Oscar winner (for 2016’s La La Land) explains. The three-time nominee, this year for her turn as the ambitious Abigail in The Favourite, reveals to THR her love for her “bitches” (that’s co-stars Olivia Colman and Rachel Weisz), the importance of family and friends in awards season — and whose Favourite spinoff she’d want to see.

How is it returning to the Zombieland world?

We’re in Macon, Georgia, right now, trying to get rid of zombies. It’s so fun. It’s so nice to be all together again. It’s exactly 10 years later, so it’s been really great.

Olivia Colman at the Golden Globes lovingly called you and Rachel Weisz “ma bitches.” How has it been having this sisterhood with them?

It’s been nothing short of wonderful. They’re both so special. Olivia is just the most open heart of a human being. She cried like six times at the Golden Globes. Anyone’s speech just sent her into floods of tears. We were all laughing so hard at the table. 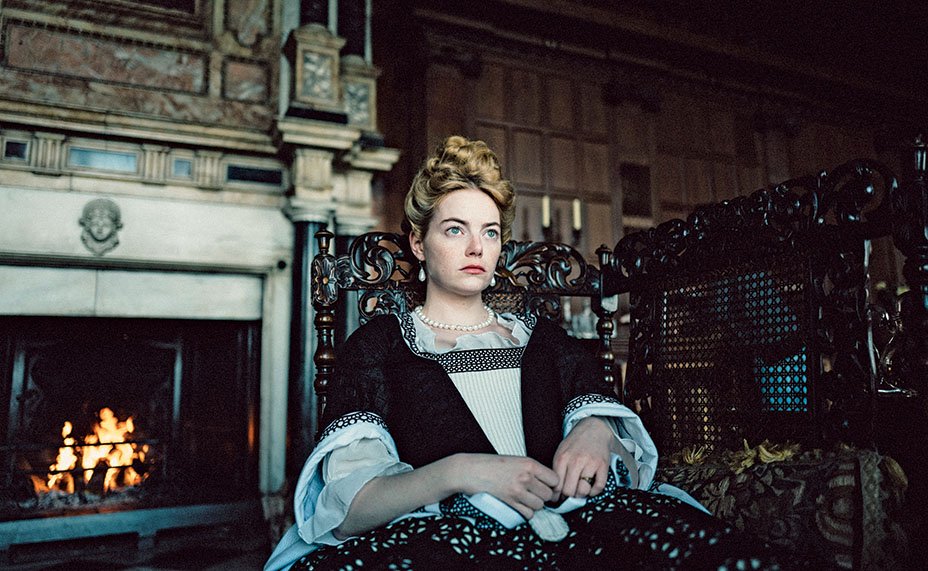 So often on film, you don’t get to see female characters really revel in scheming and plotting, but also just being straight-up ambitious. How fun was that to dive into and play?

It was fantastic. Just the fact that these women, all three were written so beautifully and were so layered and rich and funny and heartbreaking. To go in every day and be diving into that world was a dream, especially with people you can trust and someone like Yorgos [Lanthimos, director of The Favourite], who is so unique in his own right. To be telling a story in that way was pretty unforgettable.

Had you seen previous films of his before working with him?

Oh yeah. I saw Dogtooth before I met him and then I met with him summer of 2015, so he hadn’t made [The Killing of a] Sacred Deer yet. He made Sacred Deer after we met. The Lobster, I think, had just shown at a film festival, so I got to see it kind of early and loved it, of course. I didn’t see Sacred Deer till after we made The Favourite. So, yeah, it was … yeah, that one’s a little rough. (Laughs.) It’s a little bit of a doozy. He’s so singular that it’s just fun to see what comes out of his mind.

What did you take away from working with him?

So much. I hope to work with him more than once. One of the things I love so much about him is that he has these stories in him that are so dark and twisted. (Laughs.) Whatever adjectives I could use to describe what his films are, which are probably not adjectives, they aren’t all available. (Laughs.) I think that what’s so fascinating about him as a man and as a director is this incredible sense of calm, which maybe partially is a facade, I guess? He says when he has internal undulations, things are happening emotionally within him, but he seems so incredibly calm and straightforward and the [on-set] atmosphere feels that way. It’s just a really lovely environment to be in. He’s really, really funny. There’s nothing in him that feels like a kind of maestro, “I’m the person who everyone needs to listen to.” He’s incredibly open and kind to everyone. I learned a lot about how to be as well as going into different realms that I hadn’t really gone into before.

Do you feel like you’re similar to Abigail in any way?

Yeah, I definitely can understand a lot about her. But I feel that way with every character I play. I think you have to find those parts [of yourself] to make it realistic or make it make sense. It was a joy to play, to get to move into a more calculating or manipulative kind of character. I think every human being has the full spectrum, obviously, of all of those feelings or emotions, but we don’t necessarily act on them. It’s really a gift to get to dive into a more shadowy part. I like getting to shoot glares over to Rachel that were so cruel and awful and something I would never want to do in life, but that’s why it’s very fun to be an actor.

You’ve been through awards season quite a bit. What’s your awards-season motto?

“Always be with your friends and the people you love,” probably. (Laughs.) I mean, the insanity of the whole machine that surrounds you, which I don’t think it was this way — speaking to actors or directors or people that work in the industry that have been doing this for much longer than I have, I don’t know that it all was quite to this kind of extreme level 15, 20 years ago. I think things have really shifted into a world where it’s a lot of content daily, and that’s understandable that they’re trying to follow that beast. But it can be so nonstop and overwhelming and such an out-of-body experience that that’s what has helped me, especially during the La La Land year — because that was six months of a pretty nonstop situation. I think it goes without saying I’m very grateful but also was just delirious through a lot of the time. It was so helpful to always have my brother with me at the shows. The things that I remember the most truly of that are being with the cast and the crew and being with my mom and my brother and my friends. Really, I don’t know how I would have stayed a sentient person without them. (Laughs.) Because it is a very magical experience, but I guess it’s like how people say on your wedding day you’re supposed to be super present, but nobody can really stay present on their wedding day because they’re so overwhelmed with feeling. (Laughs.) I haven’t gotten married, but maybe it’s the equivalent of it? I don’t know.

Yeah, that crazy elation and delirium at the same time.

It’s a marathon. But also, how could you ever complain about a thing like that because it’s a project you worked on and it’s being celebrated in that way and people are responding to it?  I mean, what a gift that is. Everybody’s been part of projects that just dwindle away and nobody seems to have really seen and you put so much of your heart into it. And all of them are worth it, but it is a really magical thing when somehow it all comes together and it’s something that you get to celebrate in that way. So, the pros outweigh the cons.

What other movies and performances really struck a chord with you this year?

Oh God, a lot. Regina King in If Beale Street Could Talk. Unbelievable. I really thought Carey Mulligan was breathtaking in Wildlife. And, um, I love Rachel and Olivia in The Favourite (Laughs.) My mom just went to see Cold War the other day. I still have not seen it and I need to see it this week. She said it is so unbelievably beautiful. I can’t wait to see it. I also absolutely loved Roma. Roma was mind-blowing.

Queen Anne didn’t live much longer than the events of the film (she died in 1714), but if you could imagine a sequel involving Abigail, what would she be doing?

I know in life Sarah left England and Abigail returned to a life of a lot of privacy and disappeared from the story. So, it’s hard for me to imagine what happened after that. I don’t know what the sequel to that would be. Hopefully it would be Harley’s [Nicholas Hoult’s pompous parliamentarian] story. I would love to see where Harley goes from there.