Emma Stone stole the show at the 2015 Golden Globes, stepping out in an embellished Lanvin jumpsuit that made jaws dropped. The actress returned to the awards ceremony on Sunday and proved she’s still got it on the red carpet.

Styled by Petra Flannery, the 28-year-old wowed in a nude Valentino gown that was covered with metallic silver stars and Tiffany & Co. jewelry. 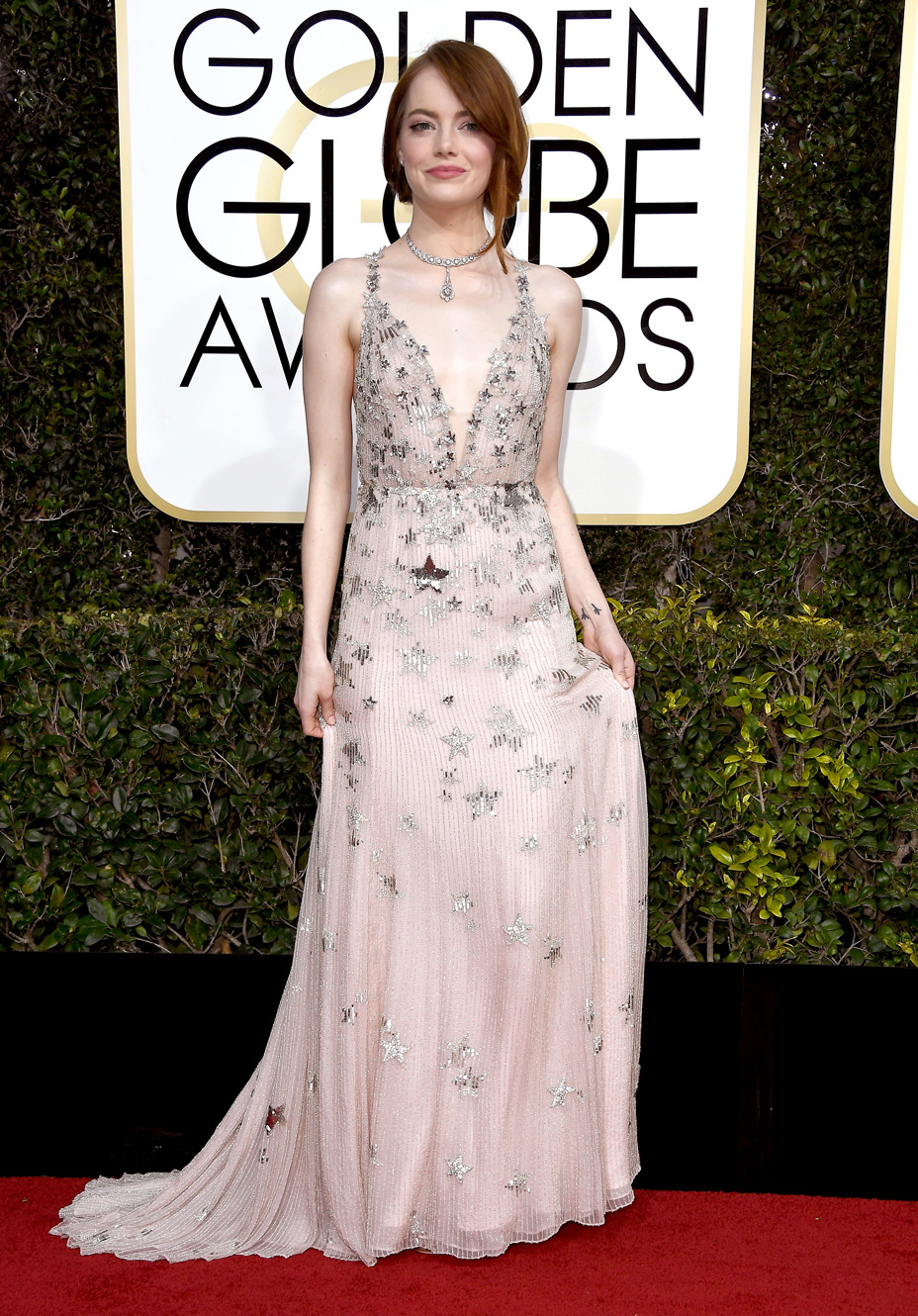