Thanksgiving is fast approaching, and if you’ve been having a hard time trying to figure out what you’re planning to bring to Friendsgiving or to cook for your family’s upcoming feast, fret not. We’ve asked fashion and beauty insiders to share their favorite recipes in celebration of the upcoming holiday. First up? Rachel Goodwin, the makeup artist to Emma Stone and Brie Larson, shares her go-to recipe for Brussels sprouts.

“The Brussels sprouts recipe from Napa Rose chef Andrew Sutton is so delicious!” Rachel Goodwin tells The Hollywood Reporter. “We actually went back to his restaurant [at the Disney Grand Californian Hotel in Anaheim] twice because we had to have them again. We asked the waiter if he thought the chef would give us the recipe and happily he obliged. It has since been our go-to holiday side dish for over a decade now.”

Hoppy Easter! 22 of the Funniest, Coolest, Cuddliest and Creepiest Rabbits in Pop Culture

Delicious, Uncommon Wine and Champagne to Buy for the Holiday Season

She adds: “It’s a real crowd pleaser — even people who thought they didn’t like Brussels sprouts have been known to be seen licking their plates.”

A green veg with heavy cream and ham? We’re in. 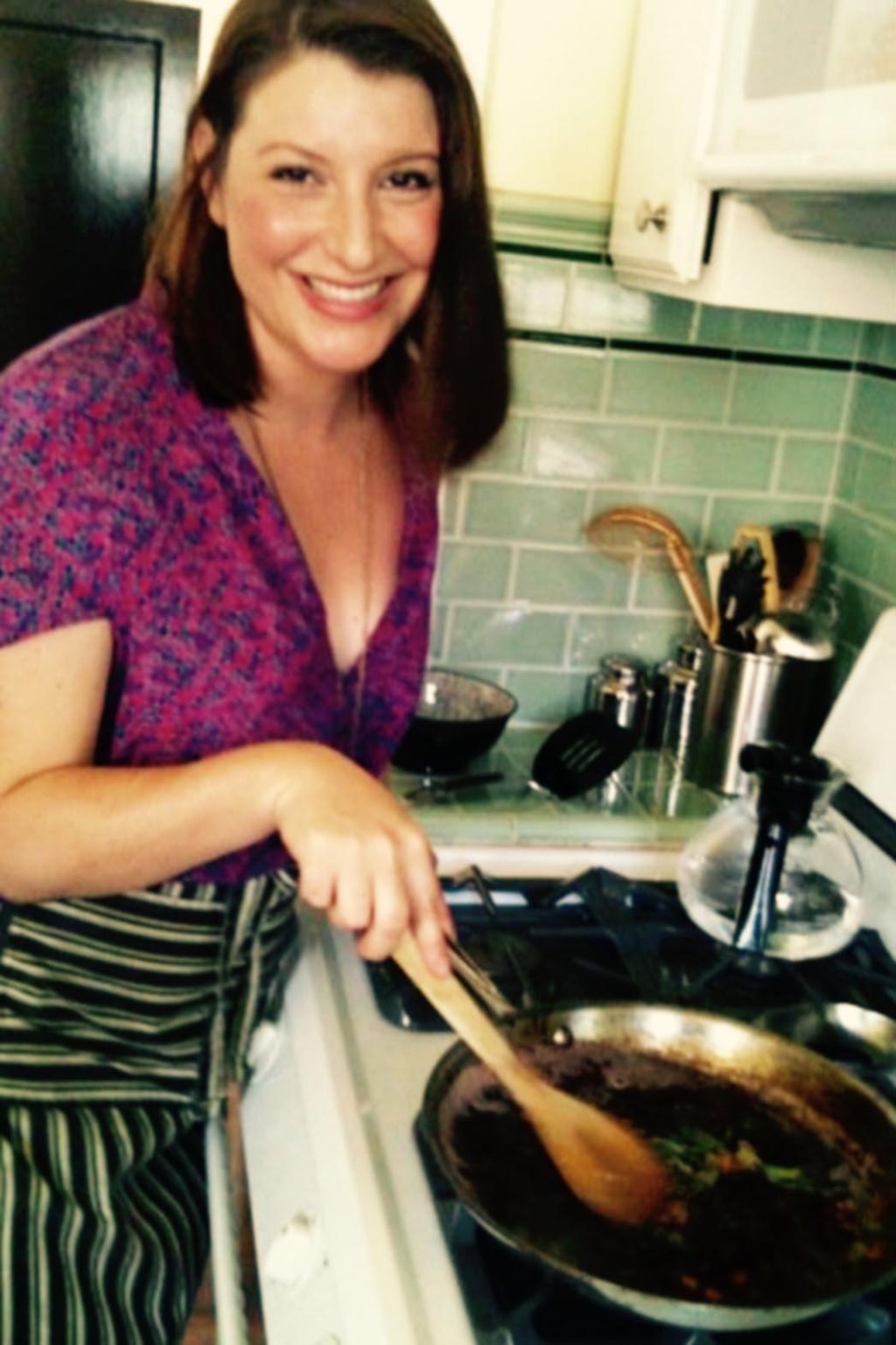 salt and pepper for seasoning

1. Bring a large pot of salted water to a boil.

4. Quickly shock in the ice bath and then lay them on a dry towel to dry while you prepare the sauce. In a large saucepan melt one tablespoon of the butter over medium to high heat and saute the ham until slightly brown. Remove from the pan, leaving the drippings. Add more butter if needed. Lower the heat to medium and add the shallot. Saute the shallot with salt and pepper until translucent, then add the sage and stir until fragrant.

5. Stir in the maple syrup, and then add the ham back into the mixture and mix together until combined evenly. Add the cream. Season with salt and pepper and allow to reduce for 10 minutes and thicken on low to medium heat, watching carefully. Stir as needed.

6. In a separate pan, melt butter and olive oil over high heat. When just at the smoking point, pour in the towel-dried Brussels sprouts. It’s important that there is little water on them so you are able to get a nice browning effect. Salt and pepper to taste. Allow them to sear in the pan for three minutes without turning. Then flip to the other side for three more minutes. Then add the sauce to the Brussels sprouts and mix together until the sauce coats them evenly. Serve immediately.