This year, the Television Academy nominated six women across the six cinematography categories. Though their field remains largely dominated by men, these women identify shifts in hiring practices as a step toward more diversity on set.

Issa Rae’s HBO comedy series Insecure scored a pair of cinematography nominations for the single-camera, half-hour show: Ava Berkofsky for the episode “Lowkey Lost” and Kira Kelly for “Lowkey Happy” (which Berkofsky directed). Berkofsky points to a culture of inclusion on the set, which impacts the work onscreen. “Diversity is discussed at the beginning of every hiring process,” she says. “We have queer people, we have trans people, we have straight people, we have people of color, we have white people. [The set] needs to reflect the world we live in.” The production puts that into practice, with many women serving in technical roles. “My department head in my camera department is a woman,” Berkofsky adds. “It’s more than 50 percent women in my department.”

Patti Lee, a Chinese American cinematographer nominated this year in the multicamera category for the CBS sitcom Bob Hearts Abishola, agrees that more diverse creative teams result in richer, more authentic television. “I think a lot of cinematographers are trying to make their crews more inclusive,” Lee says. “I know a number of my fellow DPs in my category are making their best effort to create an environment in which their crews represent the world at large.”

Lee extends that notion to her filmmaking approach. “We try to make things as natural and cinematic as possible,” she says of the series, adding that she shoots Bob Hearts Abishola in ways that might not seem “traditionally” multicam. “I try to shy away from the bright sitcom look. I really like a naturalistic set, where things feel motivated by light sources and windows. I enjoy playing with the darkness of the nighttime.”

Adding that production design created sets that have “a lot more dimensionality in them,” she explains, “cinematography-wise, we’re also trying to create as much dimensionality as possible. A traditional multicam will shoot up to 180 degrees. We find ourselves shooting traditionally 270 degrees at the same time.”

Kelly’s nominated Insecure episode focused on Rae’s character and her love interest Lawrence (Jay Ellis), following them during the course of one evening. “It’s all about reconnecting and is very unique in that it’s a two-hander,” Kelly, who is Black, explains of the eighth episode of season four. “We had one scene at a dinner table that was six pages. The challenge was to shoot that scene in a way that didn’t devolve into ‘shot, reverse shot’ but also didn’t distract the audience with too many unmotivated camera moves. 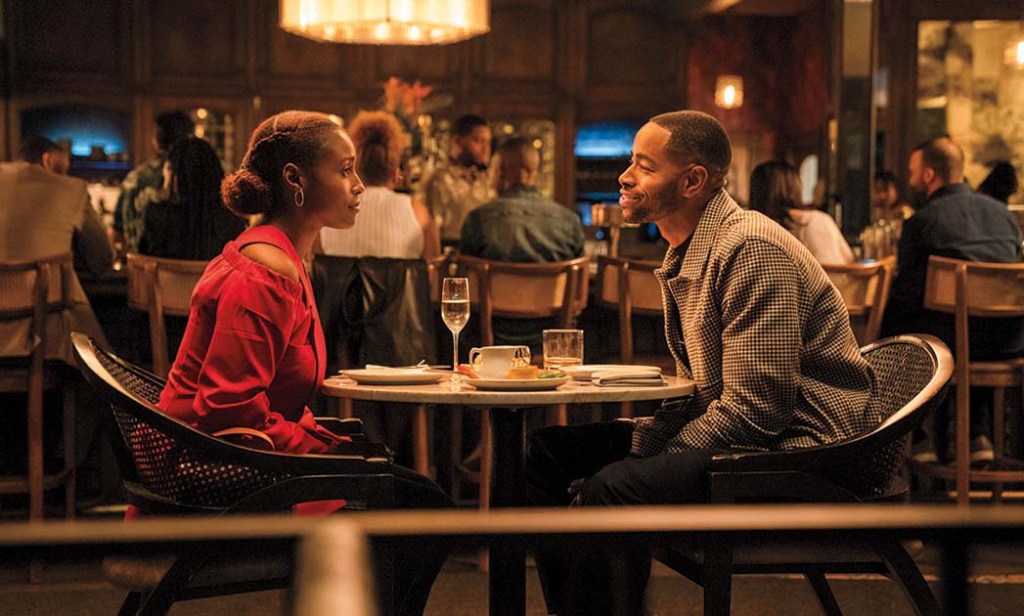 “The rest of the date, the two of them strolling through the art walk, we wanted to keep the camera moving and try to have them share frames. In the final scene of the evening, we kept the cameras static and allowed the actors to literally bridge the distance between the two of them.”

Berkofsky’s nominated Insecure episode, directed by showrunner Prentice Penny, contains “twists and turns” reflected by the cinematography. “We started our first act shooting the way we generally do, which is sort of stylized,” she explains of the season finale. “Then we went into a much more frenetic style that sort of mimicked the Looking for LaToya subplot. Then we went into more emotional language where we cross-cut a scene between Issa and Lawrence with a scene between Lawrence and his other love interest.”

The final scene features a handheld shot of Rae. “It was just me and Issa and Prentice on her balcony while she contemplates her next move and her future,” Berkofsky says. “We’re having this L.A. sunset moment that feels like heartbreak but also feels like a new beginning.”

Also following a woman’s narrative — albeit, this one a real-life story — was Nadia Hallgren, who earned a cinematography as well as a directing nomination in the nonfiction program category for Netflix’s Michelle Obama documentary, Becoming.

“I wanted to take advantage of the incredible verite opportunity I had with Mrs. Obama, experiencing the world with her and life as it unfolded,” Hallgren says of the documentary, which follows the former first lady on her book tour. “Verite for me was a priority. I also wanted the film to feel very intimate. As I started to be with Mrs. Obama, up close, I told myself, ‘This is incredible, I want everyone to feel the way I’m feeling.’ The camera’s close proximity to her was critical in achieving that experience.” 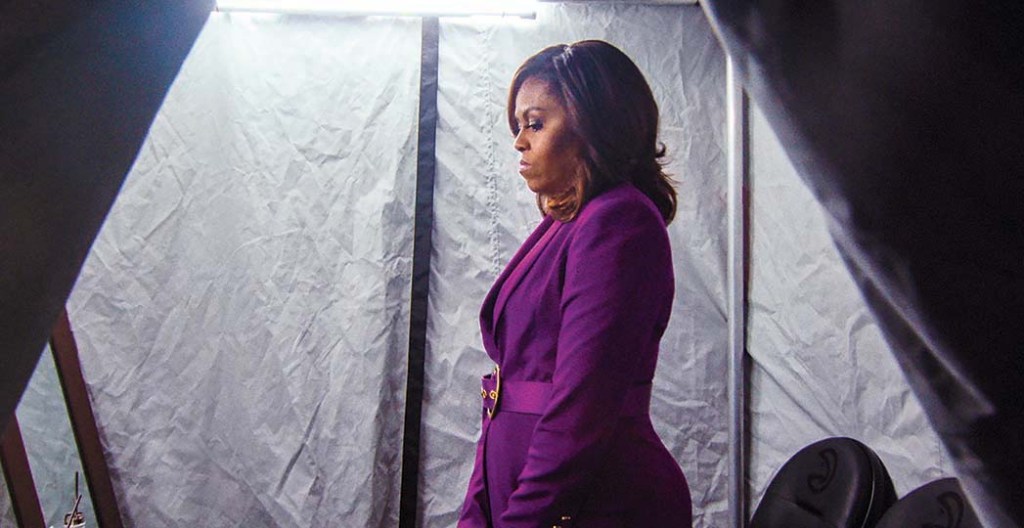 Also from Netflix, the cheerleading-themed docuseries Cheer delivered nominations (reality programming) to directors of photography Melissa Langer and Erynn Patrick. The pair captured the demanding and often dangerous aspects of cheerleading up close, establishing an in-depth look at the athleticism that most viewers cannot experience from the stands.

“It was important to us to honor the beauty and meticulous, performative nature of the sport while also creating a natural and intimate visual landscape,” Patrick says. She notes that for the series, shot with a Panasonic VariCam with Prime lenses, “we always wanted the audience to feel confidence in the person behind the camera, that amid all of this action, the cameraperson was showing you something for a reason.”

Langer adds that the lens choice “forced us to constantly move our bodies to get closer to the action rather than stand on the sidelines and rely on a zoom. And I think that proximal, visceral quality of the footage, that intimacy, is part of what people really responded to.”

Echoing fellow nominees Berkofsky and Lee, Langer points to the deliberate decision to put women behind the camera to capture the excitement and intensity of the female-centric sport. “The director and producers of Cheer very intentionally hired a majority-female crew,” she says. “That’s what it takes to change these numbers, and I’m grateful to them for making that a priority.”