At Sunday’s SAG Awards, Evan Rachel Wood hit the red carpet in a tapered navy velvet pantsuit by Altuzarra — the brand which has become her go-to for her awards season wardrobe. She paired the ensemble with satin Salvatore Ferragamo pumps, Tiffany studded earrings and tanzanite Tiffany rings.

The actress, who is nominated along with her fellow Westworld castmates for outstanding performance by an ensemble in a drama series, has consistently worn suits throughout her press tour for the HBO hit drama — including looks by Gucci, Jonathan Simkhai, Wolf & Badger and Alberta Ferretti — however it’s Altuzarra that has been her steady favorite. 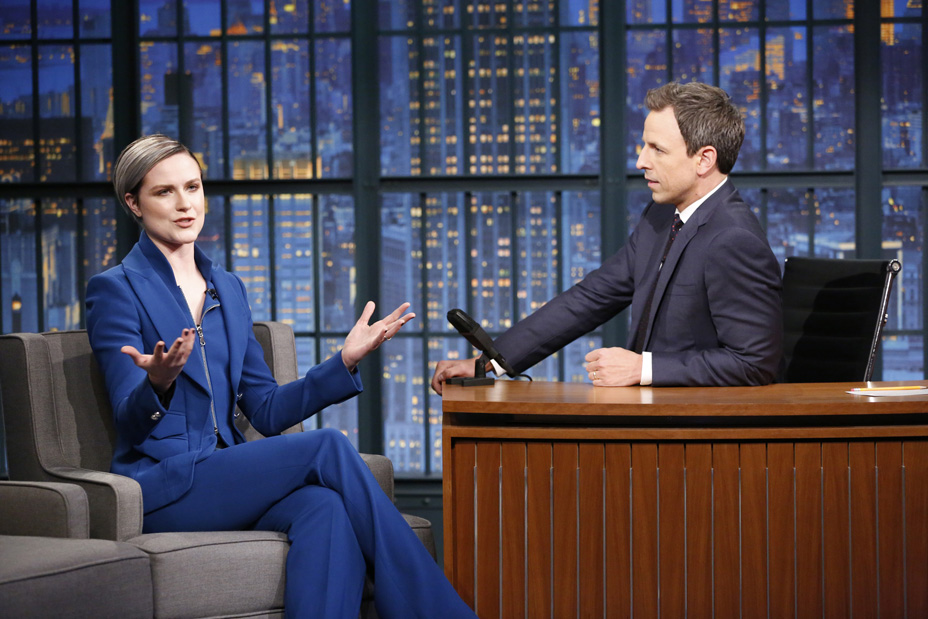 That being said, none of her Altuzarra ensembles have looked the same. While tonight’s look featured a fitted, tapered pant, her Golden Globes suit had a wide-leg trouser and a white pussy bow blouse, and her ensemble while taping Late Night with Seth Meyers was an electric blue look with zipper embellishments. She’s also rocked a simple yet sexy option at the Critics’ Choice Awards with a deep-v neckline.

“I wanted women and girls to know that it isn’t a requirement [to wear a dress],” Wood told E! on the Golden Globes red carpet of her decision to wear suits almost exclusively.