In early 2018, philanthropist and filmmaker Abigail Disney wanted to found a company to reclaim Hollywood from its most infamous tyrant, Harvey Weinstein. But as Disney’s aspirational company, Level Forward, got off the ground, some of its own staff and contractors, particularly women of color, felt disempowered by a top-down culture, according to sources. THR interviewed 15 current and former employees and business partners for this story.

The critique is one that Disney says she takes to heart. “Yeah, we fucked up,” she says. “We’re due for this because we said things about ourselves. There’s fair criticism in there. There were missteps and miscommunications. We own the ways in which we’ve messed up. Where we’ve learned of problems, we’ve tried to course-correct.”

Disney, the granddaughter of Walt Disney Co. co-founder Roy O. Disney, had banded together with a group of other women, including Killer Content CEO Adrienne Becker and multiple anonymous high-net-worth individuals, to try to buy the assets of The Weinstein Co. after the disgraced producer’s departure amid rape allegations in 2017. Disney’s group ultimately didn’t make a bid (Dallas-based equity firm Lantern bought the Weinstein library), but they found a kinship and established Level Forward based on what seemed to be shared values: greater equity and opportunity in the film and theater industries.

In its three years, Level Forward has been associated with an impressive slate of theater and film projects from women and people of color, including the Alanis Morissette and Diablo Cody musical Jagged Little Pill, which received 15 Tony nominations last year, Jeremy O. Harris’ Slave Play, which received 12 nominations, and Heidi Schreck’s Broadway production of What the Constitution Means to Me, which collected two nominations; it recently acquired the stage rights to the novel behind the hit Netflix series The Queen’s Gambit. Level Forward backed multiple films from first-time female directors, including Kitty Green’s 2019 #MeToo-inspired Bleecker Street drama The Assistant and Nicole Riegel’s Holler, which IFC will release in June. And the company is pushing various social change initiatives, including a gun violence prevention program called Gun Neutral. 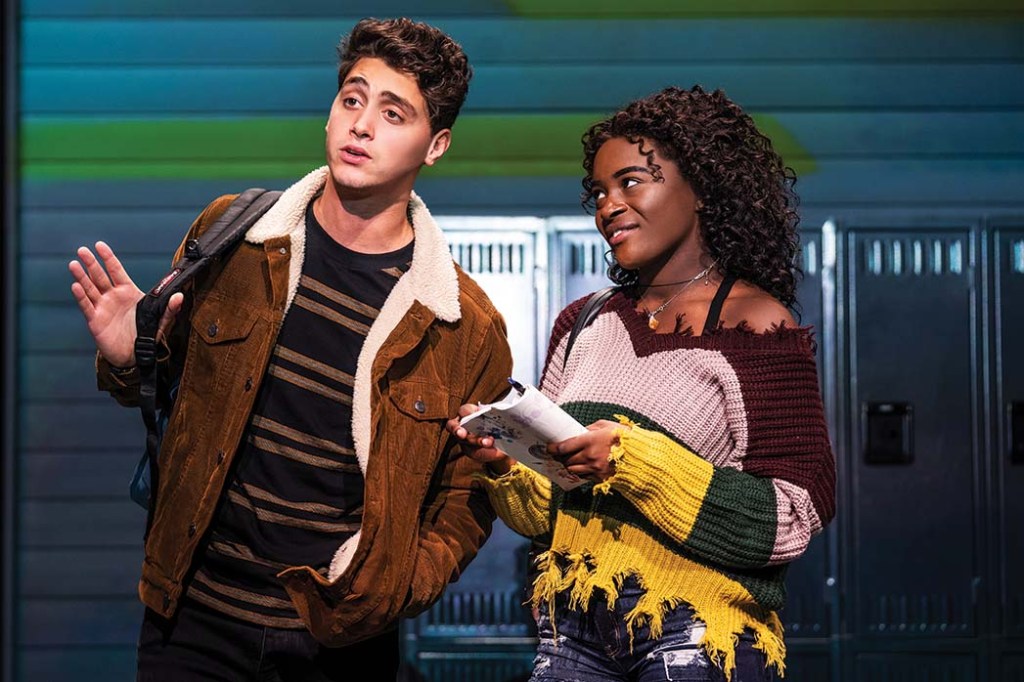 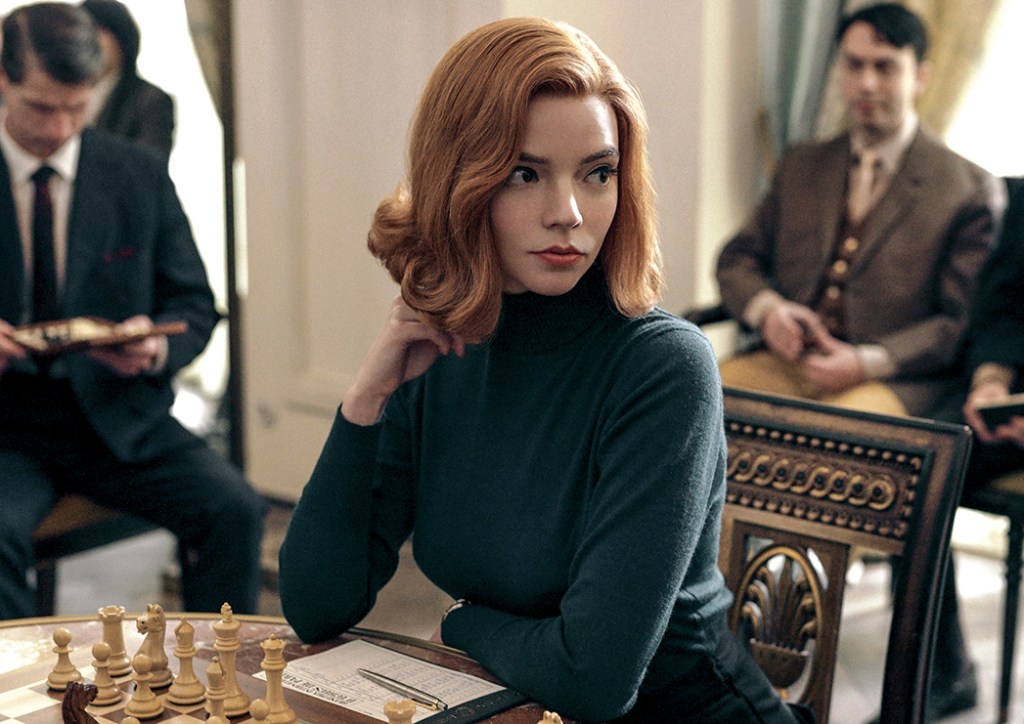 But while Level Forward backed inclusive projects, it could be a marginalizing workplace, especially for women of color, according to several former employees. Becker wanted staff of color to be prominently featured in publicity surrounding the company, but minimized their power within it, say some former employees.

Tracie Dean Ponder worked with Level Forward for 11 months in 2019 and 2020, building an online job networking platform for women in entertainment. “The most heartbreaking part is to have a company that says, ‘I’m about equity, fairness, women, women of color,’ ” says Ponder, who is African American. “You feel like there’s hope, there’s a haven. You think you found this kind of oasis for women, and particularly those like myself, only to discover it’s all an illusion.”

Ponder described using her resources and relationships on behalf of Level Forward, with the promise of equity in a to-be-formed entity in exchange for taking reduced compensation. Near the completion of the project, Ponder says she was told she would have to work another year to be vested. “The goalposts kept moving,” she says. She learned she would have to work there for four years to reach the equity stake percentage of a white woman who had previously completed a similar project. 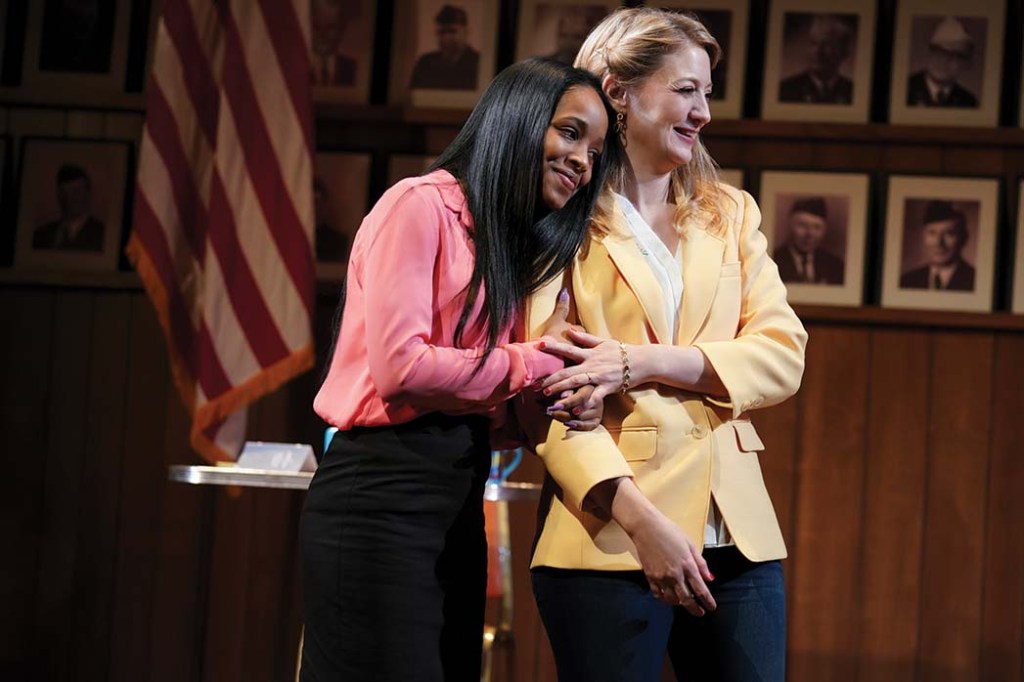 “The contractor [Ponder] was paid for all invoiced work, and in anticipation of delivery of the project, was offered a compensation package including a meaningful equity stake,” Level Forward responded in a statement.

Once, Ponder returned to work after being out of town and found that her office had been taken over by two new white employees. When she asked what was going on, she says, Becker offered her the option of setting up instead in a windowless conference room used for meetings and storage. Becker also offered Ponder space in her office, Ponder says, which she took to be an insincere joke, since Becker had not made the offer to the white employees. “Certain of our offices, including the one in question, are open-seating by design and designated for shared use on an as-available basis. Given everyone’s flexible schedules, no one individual had or has priority over another with respect to these work spaces,” Level Forward said in a statement.

Ponder was not alone in her perception of the office dynamics as diminishing. “We were all so excited to be part of something new, part of this post-Harvey Weinstein era,” says a former employee. “I thought I was brought on board to give my perspective as a woman of color in the industry, but when I shared my opinions, I was punished.”

Some former employees say that if they disagreed with Becker, or pointed out inconsistencies in her communications with business partners, they were no longer invited to meetings and were cut out of key decisions. Becker told employees they weren’t allowed to know the budgets for their departments, nor to speak with talent.

“No one wants to have an employee or contractor walk away feeling unheard, so we are working toward an environment that’s more inclusive and collaborative,” Becker tells THR. “We’ve learned a lot and been much more focused on investing in our people, values, culture and one another.”

Much of the company’s internal struggles stem from its status as a startup, Disney and Becker say, which began with five employees and few formal structures, such as a human resources department. Former employees say that when they grew frustrated with Becker, they would share their concerns with Disney’s chief of staff, Angie Wang, and three women say they took their grievances directly to Disney, but never got a sense that she intervened.

Disney, whose net worth is more than $120 million, has been backing documentaries since 2007 at her production company, Fork Films, including this year’s Oscar nominee Crip Camp. She has also been a vocal critic of former Walt Disney Co. CEO Bob Iger, deeming his more than $65 million 2018 compensation “insane” and writing a 2019 Washington Post op-ed calling on Disney’s leaders to find a “more decent, humane way of doing business.” On March 25, she testified before the Senate Budget Committee in support of raising the minimum wage and instituting a wealth tax. While Disney often took a vocal public stance on workers’ rights, former employees say some who worked for Level Forward were being grossly underpaid, with those participating in a “creative steward program” earning $750 a month for up to 30 hours a week of work. “The company’s creative steward program was uniquely designed to provide opportunity to emerging creatives seeking experience in the entertainment industry,” Level Forward said in a statement. “Participants were provided with access to company executives, resources, and office space, at their own direction, to further their personal projects. To the extent work was performed for the company, Stewards were adequately compensated.”

Level Forward is set up as a public benefit corporation, designed to be a for-profit entity but one that calls for serving the public good as part of its charter. The company has generated $40 million in production financing for its various projects. In announcing her new venture in Variety ahead of the Sundance Film Festival in 2018, Disney said, “Level Forward is committed to the vision of unlocking and amplifying storytelling from all corners and perspectives.”

Despite the progressive ideals, Becker, who is white, often seemed ill-equipped to handle racial and cultural issues on staff, former employees say. “I know what the Latina experience is, I lived in Miami,” she said during a conversation about Latino issues, according to two people who were present. In the fall of 2019, Level Forward held a three-day anti-racism summit off-site in New York, run by the organization People’s Institute for Survival and Beyond. When a facilitator asked white attendees to think about how they may have benefited from being white, Becker said she couldn’t think of one way, according to multiple sources who were at the off-site. [A spokesperson for Level Forward says the question the facilitator posed was, “What do you like about being white?”]. Former employees say that after the anti-racism off-site, tensions were thick in the L.A. office, with women of color even more uncomfortable speaking honestly than before.

Others who were present at the off-site viewed it differently, however, including some employees of color. “Anti-racism training, honestly, it’s not easy work,” says a current Level Forward employee of color. “It’s not something people walk into the discussion knowing how to have. Everyone was respectful. But tension is a part of this process.”

Whatever Becker and Disney’s intentions, some employees felt tokenized. “You’re pitching to investors and collaborators this Edenic society,” says a second former employee. “On the inside, women of color often felt silenced and sidelined.”

Two industry collaborators contacted by THR described positive, straightforward business dealings with Level Forward, with promises kept. Among some people in Hollywood who did business with the company, however, it developed a reputation for overpromising and under-delivering financial commitments. “They seemed like a dream partner, so it was really disheartening to peek under that curtain,” says one industry source. “Financing falls through in this industry for all kinds of reasons, but this was a level of shade that’s not normal. They would disappear. You couldn’t get them on the phone.”

Among the frustrated ex-staff, some say they stayed longer than they would have because they believed in what the company was trying to do. “The mission is what kept people engaged through the chaos and uncertainty,” says a third former employee.

In the fall of 2020, Level Forward, which now has 11 employees, contracted with a human resources consultant to clarify roles and responsibilities, ensure that employees have a place to bring concerns, and provide coaching to senior executives. “In my experience there’s been more cohesion,” says one current employee. “We talk through a lot, and there’s a lot of transparency. We have a culture at this point in time that welcomes everyone’s input and we disagree all the time.”

“We’re trying to do something really hard here,” Disney says. “I could be on the beach eating grapes. I could worry about being called a hypocrite and a liar. I choose to do what is harder and scarier, which is to keep going forward.”