Continue to The Hollywood Reporter SKIP AD
You will be redirected back to your article in seconds
Skip to main content
November 18, 2018 6:00am
Logo text

[This story contains minor spoilers for Fantastic Beasts: The Crimes of Grindelwald]

Fantastic Beasts: The Crimes of Grindelwald may be dividing critics, but there’s no slowing the Wizarding World train, even if this prequel franchise can’t match the speeds of the Hogwarts Express. The latest film penned by J.K. Rowling and directed by David Yates sets up a number of directions for the three subsequent sequels to head, not least among them is the revelation about Credence Barebone’s (Ezra Miller) true identity. Rowling has previously said that the five-film series would span from 1926 to 1945. That end date is significant not only because the year marks the end of WWII but also Grindelwald’s (Johnny Depp) defeat by Dumbledore (Jude Law) at his fortress, Nurmengard, in Austria. The Crimes of Grindelwald is set in 1927, meaning that the three remaining films have decades to cross before the endpoint is reached. With a time jump in store, a collection of new characters introduced, a new McGuffin, and the question of Credence’s ultimate allegiance all set in motion within a fixed timeline, the future of the Wizarding World is coming into focus. We take a look at what appears to be coming up next in the currently untitled Fantastic Beasts 3.

In true J.K. Rowling fashion, the third act of Fantastic Beasts: The Crimes of Grindelwald sets up a lot of threads to be followed up on and does so quickly. The end of the film establishes two ticking time bombs that will certainly form the main thrust of the next film. The first is a pendant containing the blood of Grindelwald and Dumbledore stolen off of Grindelwald’s vest by one of Newt Scamander’s (Eddie Redmayne) Nifflers. The intermingled blood formed a magical pact the two men made when they were younger that prevents either wizard from causing harm to the other. Dumbledore is unable to move against Grindelwald in the movie, and while we’re at first led to believe this is because of the romantic connection the two once shared, it’s revealed that it is magic that prevents Dumbledore from facing Grindelwald. When asked by Newt if the blood pact can be broken, Dumbledore responds, “maybe.” Rowling has an affinity for magical objects at the center of her stories, and it would seem that the destruction of this pendant and the means to do so will be at the center of the next film. We’ll likely see Dumbledore, Newt, Tina (Katherine Waterson), and Jacob (Dan Fogler), crossing the globe in order to find the answer. While the legendary battle between Dumbledore and Grindelwald, said to be the greatest duel between wizards ever witnessed, is still a few films off, we may at least get to see them face-off for the first time. 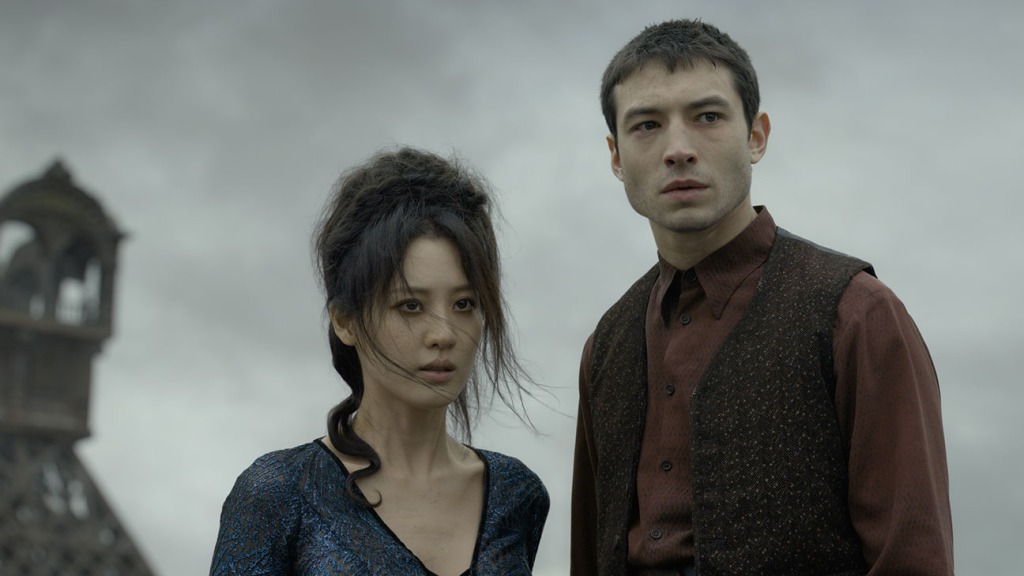 While the film’s allies undergo their quest to get Dumbledore back in the fight, Grindelwald, now aided by the telepathic Queenie (Alison Sudol) will surely be hard at work getting Credence on their side. Grindelwald has already accomplished a fair share of the work in gaining Credence’s trust by revealing his true identity as Dumbledore’s unknown brother, Aurelius Dumbledore. As established in Rowling’s previous works, Dumbledore only had two siblings, a younger sister, Ariana, who died young and tragically, and a younger brother, Aberforth, who later aids Harry. It’s worth nothing that Ariana, like Credence, was likely an Obscurus, and the fit of rage that killed her mother is described similar to how we see Credence’s powers manifest in the film.

With Dumbledore’s father imprisoned in Azkaban and his mother killed in 1899, it’s unclear how Credence, which Wizarding World references say was born in 1904, came to be born. Its possible that Grindelwald is lying, but the emergence of a phoenix, which are drawn to members of the Dumbledore family, suggests he’s telling the truth. There is some discussion in the film of an Obscurus manifesting as a dark twin so perhaps Credence is Ariana’s rage and illness given physical form. As diligent as Rowling is about continuity, and aware of how invested fans are in timelines as well, it seems unlikely that she inadvertently created a plot hole. Whatever the case, it’s clear that Credence, now Aurelius, is more powerful than ever equipped with a wand. The end of The Crimes of Grindelwald sees him destroy a mountain with his newfound power. Undoubtedly, Fantastic Beasts 3 will delve further into the mystery of how Aurelius came to be and perhaps we’ll see Aberforth (who was portrayed by Ciaran Hinds in Harry Potter and the Deathly Hallows – Part 2) also come into the picture to square things away with his older brother. It’s also notable that Toby Regbo and Jamie Campbell Bower reprise their roles from the Deathly Hallows as young Dumbledore and Grindelwald respectively, suggesting that we may see more of the two combatants’ earlier lives and initial quest for power. 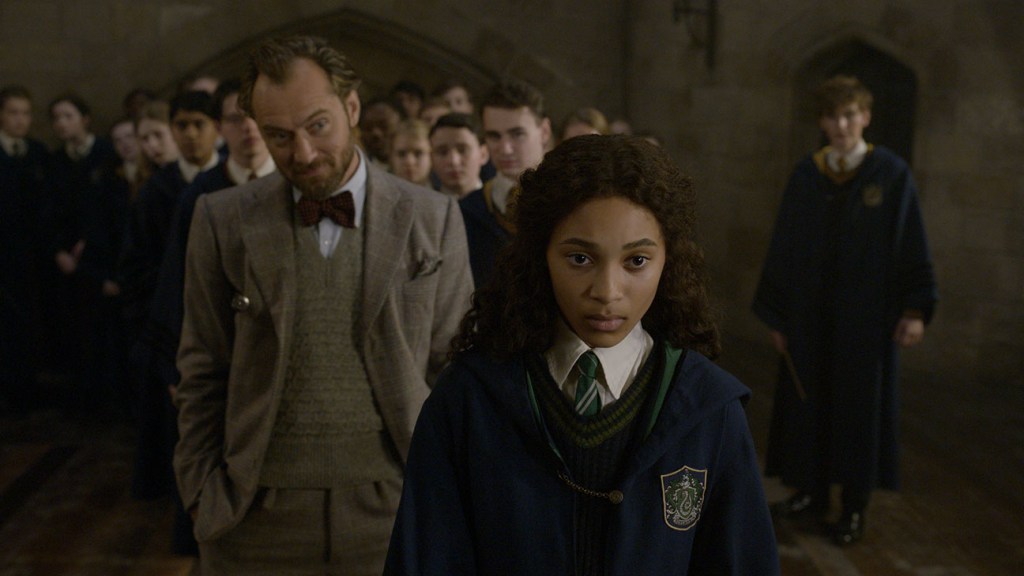 For all of the big picture revelations that happen in the film, Rowling’s latest entry remains driven by personal relationships, and above all else, love. But The Crimes of Grindelwald is tough on love stories. Although Newt Scamander reconnects with Tina and makes amends with his brother Theseus (Callum Turner), he suffers the loss of his first love Leta Lestrange (Zoe Kravitz) who sacrifices herself during the film’s climax. Coupled with the fact that Jacob loses Queenie to Grindelwald’s lure of a perfect society, and Nagini (Claudia Kim) is unable to stop Credence from finding out about his past, it looks like Fantastic Beasts 3 is shaping up to be a journey of broken hearts with none of them repaired easily. Leta’s half-brother Yusef (William Nadylam), has also joined the fray, driven by his own personal losses that mark one of the only times Rowling’s series has tackled issues of race directly. As the political landscape of the world continues to shift, leading to the start of WWII in 1939, hopefully Rowling will continue to explore how the same problems that ail the Muggle world seep into the Wizarding one. Fantastic Beasts and Where to Find Them may have given the indication that this franchise would be built on whimsy, but it’s becoming clear that each installment is set to get progressively darker, much in the same way that Harry Potter did. While it’s certain that we can expect more wonderous magical creatures in the next installment, it’s clear now that the fantastic beasts are really the wizards, witches, and muggles who are struggling to overcome their most instinctual impulses.

'Fantastic Beasts,' 'Last Jedi' and the Cost of Fan Service