Spider-Man is unlike any other superhero. It’s not just his power-set, his adversaries or his personal problems that set him apart. It’s his social circle, the people who define Peter Parker outside of his costume and truly give us a sense of who he is as a person. Yes, lots of superheroes have a cast of supporting characters, but none quite so varied as Spider-Man. Bruce Wayne isn’t grabbing dinner with friends on a weekly basis. Steve Rogers isn’t going bowling with a group of vets. Clark Kent has his work friends, but when’s the last time he went clubbing with Jimmy Olsen? When’s the last time Stephen Strange went with Wong to see a movie? Yet, Peter Parker does all of these things and more on a regular basis. He’s a man of many social obligations, a man who has roommates and, yes, a man who even attempts to have a bit of a vacation from time to time.

Jon Watts’ Spider-Man: Far From Home is the first Spider-Man film that truly takes advantage of Spider-Man’s storied relationships, beyond just those of his romantic interests and Harry Osborn. Far From Home, even as the eighth theatrical Spider-Man film, feels fresh because it operates as an ensemble piece for large portions of its running time. Ned’s (Jacob Batalon) new relationship with Betty Brandt (Angourie Rice), Brad Davis’ (Remy Hii) crush on MJ (Zendaya) and the way students react to the deaths of prominent Avengers all serve to highlight a living and breathing world that exists outside of Peter Parker (Tom Holland) and his perspective. From his confusion over his best friend’s clingy new relationship, his jealousy over Brad and MJ’s friendship, and even his not-so-subtle satisfaction of getting one up on Flash Thompson (Tony Revolori), we get to see the gamut of Peter’s complex emotions, emotions that serve to remind the audience that he is indeed a teenager still finding his way and navigating his own flaws. Peter’s friends influence his journey in whether they’re aware of it or not. 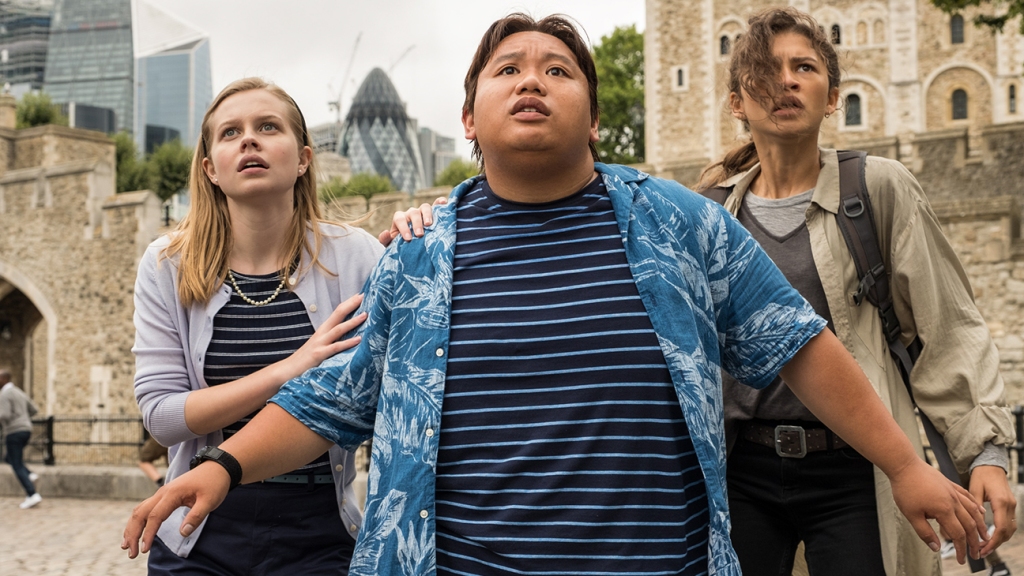 Spider-Man has often had issues with feeling inferior, and those issues are made more prominent when he not only has the expectations of his high-school peer group to live up to, but also the expectations of the Avengers and Nick Fury (Samuel L. Jackson). While Peter Parker being a loner is a frequent claim, particularly from those Spider-Man fans online who want Parker to fall closer to the nerd he was in the ’60s or even in Sam Raimi’s Spider-Man (2002), the character has rarely ever been entirely alone or left to operate without being self-conscious of how his identity is reflected through his relationships.

When Stan Lee and Steve Ditko first introduced readers to Spider-Man in the pages of Amazing Fantasy No. 15 in 1962, Peter Parker was immediately defined by his relationship to his peers. The first word bubble within those pages comes from a student who says, “Say, gang, we need one more guy for the dance! How about Peter Parker over there?” His preliminary invitation is shot down by Flash Thompson who says, “Are you kiddin’? That bookworm wouldn’t know a cha-cha from a waltz!” Flash’s sentiments are echoed by Liz Allan who says, “Peter Parker? He’s Midtown High’s only professional wallflower!” Before we even meet Parker, he is defined by what others think of him. And while his abject nerdiness doesn’t make him popular, Peter Parker is not without desire for a social life. On the second page of that issue, he asks Sally out on date (for what she says is the “umpteenth time”) and he invites Flash and his group of friends to join him at a science exhibit. Their rejection is both his loss and gain of course, but for a character too often described as a loner, those early issues of The Amazing Spider-Man show Peter Parker developing socially at the same rate Spider-Man develops as a superhero.

Far From Home puts a modern spin on Peter and his peers, one in which “nerd” doesn’t have the same connotation as it did in the ’60s. Peter Parker hasn’t truly been a wallflower since The Amazing Spider-Man No. 2 in which Flash’s friends invite him to come with them to catch a glimpse of The Vulture. Fittingly, the MCU’s take on Spider-Man, which began with him facing the Vulture, has largely exorcised the stigma of Parker’s former outsider status. Screenwriters Chris McKenna and Erik Sommers find a way to give many of Parker’s supporting characters the spotlight within the framework of a teen road trip comedy. Far From Home feels true to Spider-Man, but it is also one of the few times that a Marvel Studios film has actually lived up to the claim of fitting within the subgenre its filmmakers pay tribute to.

Spider-Man: Homecoming (2017), for which Watts cited the films of John Hughes as inspiration, provided some insight into the students and teachers of Midtown, but Far From Home goes further. MJ, Ned, Flash, Betty, Brad, Jason Ionello (Jorge Lendeborg Jr.), Mr. Harrington (Martin Starr) and Mr. Dell (J.B. Smoove) all help set the tone of the film, but also the expectations that Peter Parker has in terms of being a normal teenager. We’ve seen plenty of films in which Parker yearns for an ordinary life, but very few have really given us a glimpse of what normalcy in a world of superheroes actually looks like. We can only really understand what Peter wants, and why he wants it, when its reflected back at him through his social circle. 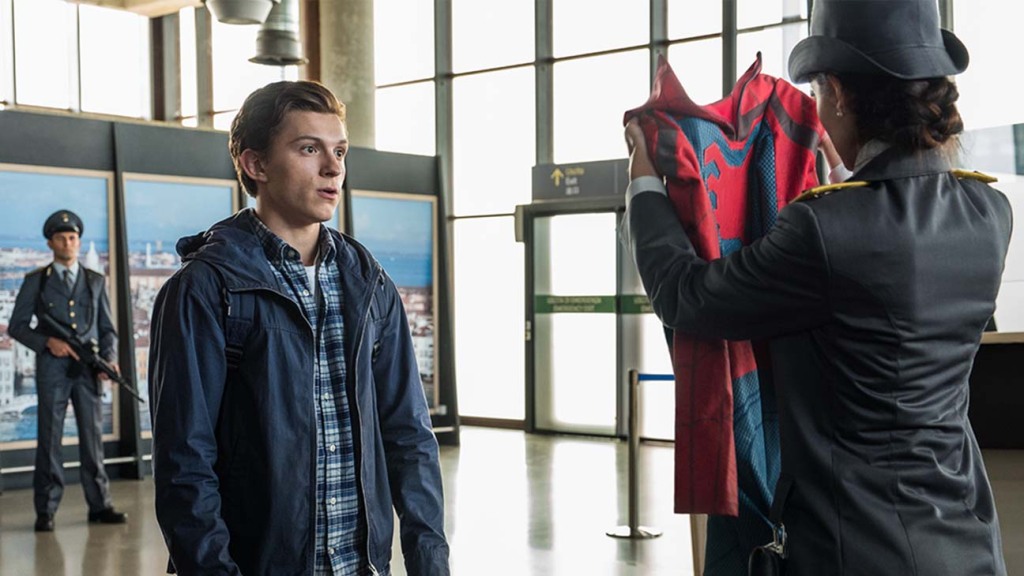 While Stan Lee, Gerry Conway, David Michelinie, Dan Slott, Nick Spencer and a whole host of writers have put their stamp on Peter’s social circle over the years, Spider-Man: Far From Home most closely echoes works of Brian Michael Bendis’ Ultimate Spider-Man. That was the Spider-Man book that first gave readers a look at who Peter Parker would be in a contemporary world, and what his relationships would look like. Over the course of 11 years, Brian Michael Bendis, alongside artists Mark Bagley, Stuart Immonen and David Lafuente, settled into Peter Parker’s high school and formed a social circle that was rounded out with former bullies like Kenny “Kong” McFarlane becoming a close friend, and the mutant-phobic Liz Allan discovering her own mutant powers and leaning on Peter to understand her powers. And Mary-Jane was more than a girl next door with designs on being a model and actress, she was an equally gifted student who pretended to be an it girl to fit in, while eventually pursuing interests in journalism. Bendis made supporting characters, both new and familiar, into more than just archetypes but complex individuals whose teenage identities made up their best and worst traits. 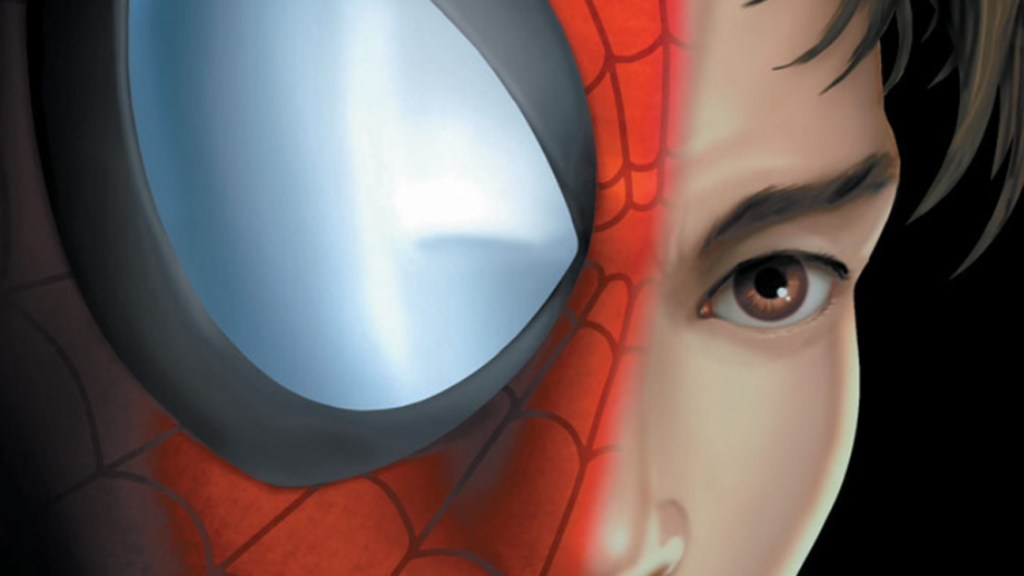 Bendis’ later Marvel legacy is also strongly felt in Far From Home. While Miles Morales hasn’t been introduced yet in the MCU, the characters Bendis developed within that book undeniably inform the inclusion we see within Watts’ film. Not only does Ned, who is far closer to his Ultimate Spider-Man counterpart Ganke Lee than The Amazing Spider-Man’s Ned Leeds, reflect Bendis’ attention to diversity, but so does the rest of the cast. Beyond the aforementioned central supporting actors, Zach Barack, Zoha Rahman, Yasmin Mwanza, Joshua Sinclair-Evans, Tyler Luke Cunningham and Sebastian Viveros all help populate a student body that reflects a real New York that exists beyond white and cisgender individuals. Spider-Man is shaped by this larger world he’s a part of, and even if not directly stated, the empathy that Tom Holland brings to Peter Parker is no doubt influenced by the humanity of those around him.

There’s a moment near the end of the film when all the students exit the airport to go home. Flash looks around for his parents and instead sees a chauffeur. “Was mother not able to make it?” he asks. It’s a surprisingly poignant and revealing moment for a character loosely labeled a bully. It’s a moment that a lesser film might have cut out, but leaving it in despite it having no real bearing on the plot is another reflection of why Spider-Man’s stories mean so much to us. They are populated by characters with lives, sometimes revelatory, other times tragic, but most of the time honest, that go on even when Peter Parker isn’t on the page or screen. There’s a comic book cover, one that has been imitated and referenced many times over, that adorns The Amazing Spider-Man No. 100. That cover by John Romita Sr. features all of Peter’s friends, colleagues and enemies and reads, “the Spider or the Man?” It’s the eternal question for Peter Parker, the divide between his personal life and his life as a superhero. But that image serves as a reminder that the ever-changing answer to that question is one found in all of these individuals that surround him. Spider-Man, despite the myth to the contrary, is never alone. He’s part of a complex web that impacts every action he makes.

Where Will Spider-Man Go After 'Far From Home' Surprises?