Sundance Institute and the USC Annenberg Inclusion Initiative (AI2) have released demographic data about the filmmakers behind the festival’s films.

Although the rates fluctuate slightly from year to year, the female-directed shares of both submissions to and acceptances in the U.S. dramatic competition have risen significantly since a decade ago. In 2009, just 13.6 percent of the submitted features were helmed by women, as opposed to 21.5 percent last year. This increase in submissions subsequently helps move the needle with respect to the final lineup, which improved its share of female directors from 16.7 to 37 percent during that span.

“This kind of data practice is a helpful barometer in our work as festival programmers,” Sundance Film Festival programming director Kim Yutani said in a statement. “Our curatorial process operates independently from demographic information, but periodic and holistic studies of statistics and trends among submissions and acceptances allow us to asses how our work reflects our values of inclusion as we make creative curatorial decisions.” 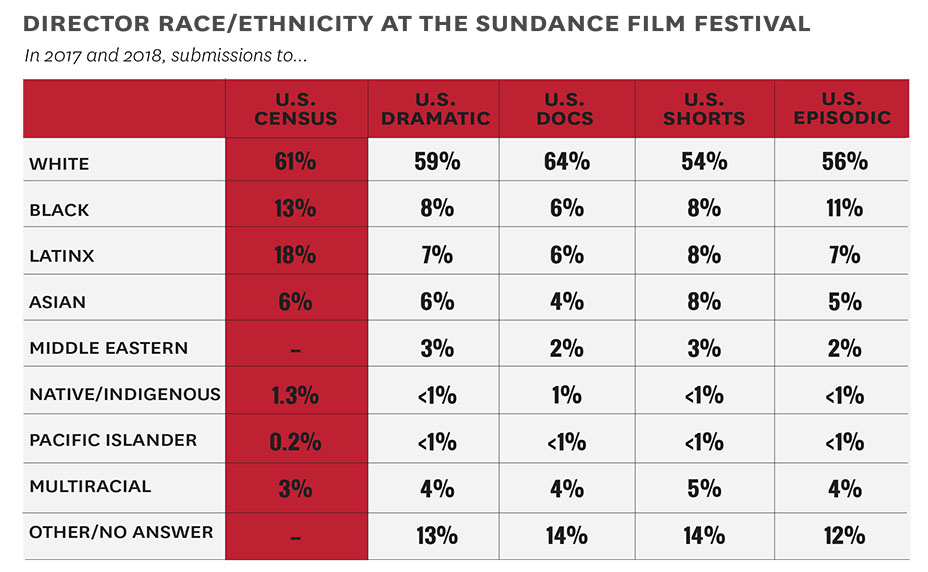 “The gains we saw for women over the past decade reveal that change is possible,” AI2 founder Stacy L. Smith said in a statement. “This study shows us where the pipeline for women and people of color is robust, and where more support is needed.”

One such critical area is opportunities beyond the festival. Previous AI2 studies have shown that the share of female filmmakers precipitously drops in moving from independent cinema to the holy grail of top-grossing films; to wit, a third of Sundance’s U.S. dramatic features were directed by women, compared with only 4 percent of the annual 100 top-grossing movies.

Directors of color did not experience a corresponding drop-off last year, although that may in part be attributed to a historic high in representation for black directors at the box office in 2018. But women of color remain the most invisible demographic among directors, helming just 7.4 percent of Sundance’s U.S. dramatic features and less than 1 percent of top-grossing films. Prior quantitative and qualitative research conducted by Sundance Institute and AI2 has attributed this discrepancy in part to female filmmakers and directors of color facing more of an uphill battle in securing financing for their projects. 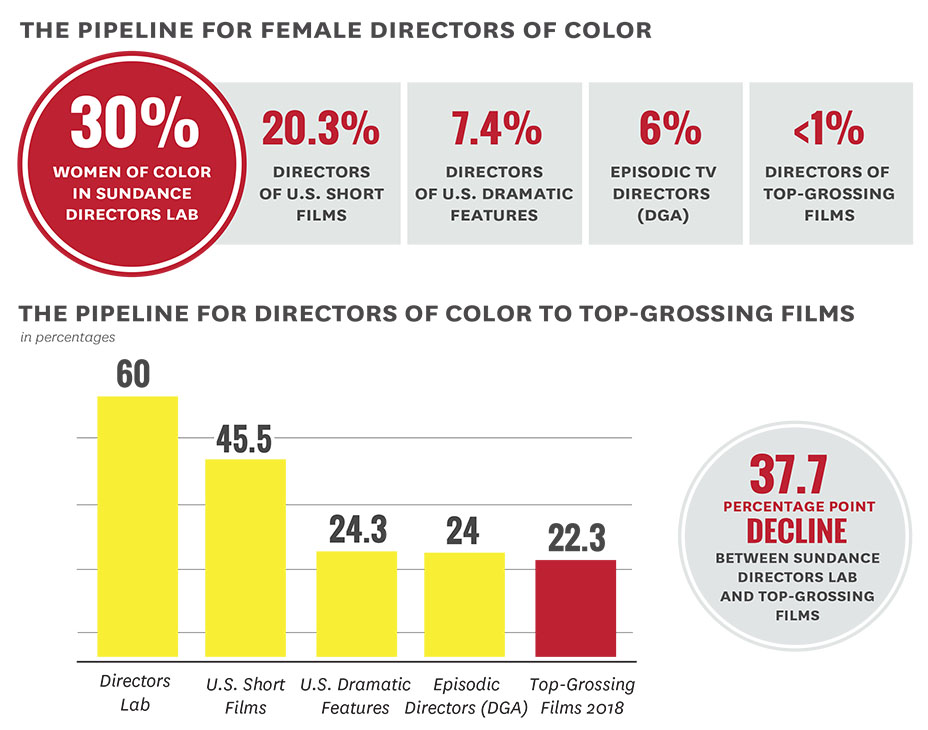 Upstream in the pipeline, the study also found that women and people of color have been well represented in Sundance Institute’s various labs and programs for emerging directors, writers and producers. Taking into account year-to-year fluctuations due in part to a relatively small sample size, a deep dive into the 2016 and 2017 submissions and acceptances to both the feature and documentary film programs found a fairly even intersectional distribution of filmmakers, and in some cases representation of women and people of color in these programs exceeded their proportionate share of the U.S. population. For example, the Directors Labs in 2016 and 2017 were 55 percent female and 60 percent people of color.

“It’s clear from this data that there is a robust and exciting talent pool,” Sundance Institute executive director Keri Putnam said in a statement. “We are proud of the investments the Institute has made in identifying and supporting underrepresented artists, and we are even prouder of the results those investments have catalyzed over the two years captured here.”

In fact, this latest study has found that previous participation in Sundance programming, whether as a Lab participant or former selectee, is a common experience shared by those few underrepresented directors who have gone on to greater success in their careers. Of the 46 women who have directed a top 100 movie since 2007, 35 percent are Sundance alumnae, as are 30 percent of the 54 directors of color who helmed a top 100 movie since 2015. 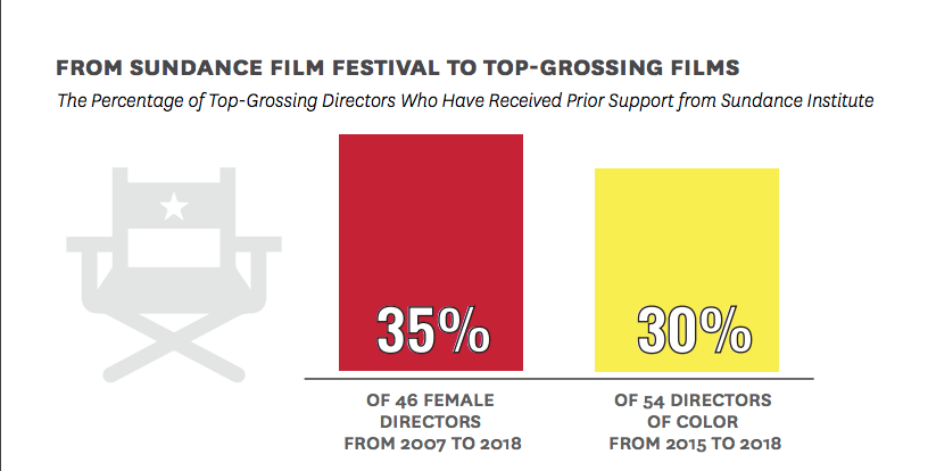 “Good stories depend on diverse perspectives,” Waithe said in a statement. “Those perspectives will only be supported with intentional outreach and support for intersectional voices across the spectrum. The audience is there to support good stories, but we have to work harder to see those stories brought to light.”