Continue to The Hollywood Reporter SKIP AD
You will be redirected back to your article in seconds
Skip to main content
November 30, 2016 6:00am

If Fences feels familiar to some audiences, it should. Unlike most stage-to-screen adaptations, which tend to recast even the most well-performed roles with established (and more bankable) Hollywood stars, nearly the entire cast of the 2010 Broadway revival of August Wilson’s play was invited to take the leap to the big screen. That includes Stephen McKinley Henderson, who plays Denzel Washington’s best friend and fellow garbageman (and earned a Tony nomination for the part).

“It was a labor of love,” says Henderson of transitioning his character, Jim Bono, to the film. “At the core of the work is truthful communication between you and the other characters, on film even more so because you don’t have the obligation of reaching the back row.” Henderson, a stage and screen veteran, joined Fences’ main revival castmembers Washington, Viola Davis, Russell Hornsby and Mykelti Williamson. 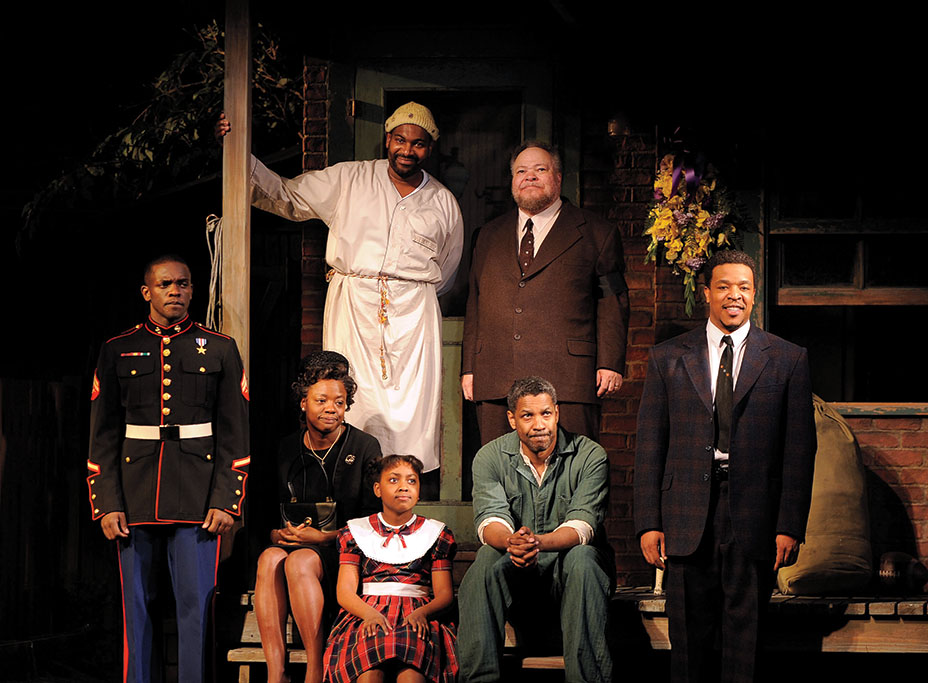 Only the younger roles were recast because of age, which gave an opportunity to Jovan Adepo of HBO’s The Leftovers. Henderson says shooting the film on location in Pittsburgh made a difference for him in broadening out the character. “In the play, everything takes place in the backyard,” he says, recalling a scene in the film that moved to a bar, during which Washington’s and Henderson’s characters — who have been friends for decades and always share a drink when together — have an uncomfortable conversation. “When things are most awkward, they are in a bar where alcohol is everywhere, and they don’t take a drink together,” he says.

Asked how the ensemble reacted to working with Denzel the director versus Denzel the co-star, Henderson rejects the question: “There was never a versus. It was so seamless. We’d be looking at each other, and he would never completely let go of the moment we were in; he just took a second to ask for an adjustment. He also made certain to take care of every other actor first and then turned the camera on himself.”