The $56 million movie is the directorial debut of award-winning visual effects veteran Ng Yuen-fai. The Hong Kong-China co-production tells the story of a meteorite crashing down on a barren future Earth ravaged by pollution and global warming, bringing with it a fast-growing alien vine that purifies the planet but kills everything in its path. Armed with the plant’s genetic map, the heavily armored military of an unnamed city tries but fails to destroy it and uncovers a conspiracy.

The film is being touted as the most visual effects-heavy Hong Kong film to date, with a future Hong Kong rendered entirely in CGI.

CGI films in Hong Kong and Chinese cinema have usually been used for mythological epics such as the numerous Journey to the West adaptations and Legend of Gods, but Warriors of Future is an exception.

The movie is the long-cherished dream project of sci-fi fan Koo and has taken him years to develop. He was instrumental in creating the look and feel of the film and its universe with Ng. “Unlike historical or mythological epics, where there are existing frameworks, backgrounds and sources, we have to create the world in Warriors of Future on a blank piece of paper,” Ng told The Hollywood Reporter. “While the story is set in a realistic looking world, we have to design everything in the film — from the alien monster to the costumes, the underwear the actors wear, armored vehicles, everything, to create consistency and make it convincing for the audience,” he added. 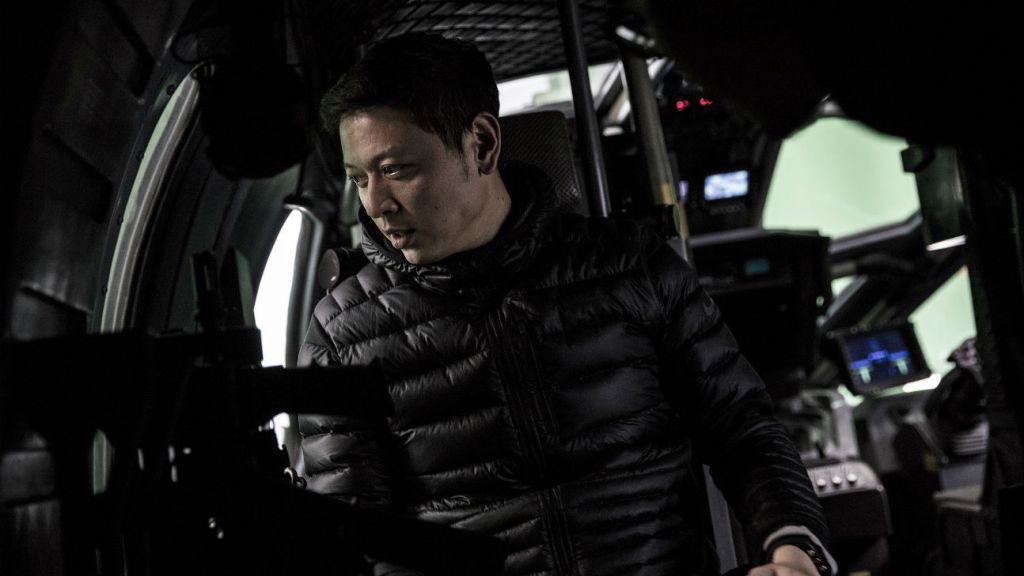 Apart from having 60 percent of the shots in the film visual-effects shots, the production built a life-size robot to let the actors know what they are acting against, Ng explained. “This film is of the highest level of technical difficulty in Hong Kong to date,” said Ng, who founded his own effects house Fatface in 2004 and garnered awards for his work on the comic book adaptation The Storm Warriors and the period drama The Warlords. “It involves a good amount of research and development and computer programming specifically performed for this project, especially in the building of the city onscreen.” Of the 200-strong crew, more than half of the members are in R&D.

Ng and Koo are optimistic about the world they have created, so much so that they hope to expand the film into a franchise, presenting a new installment every two to three years. Still, the project is something of a gamble. Although a long-established genre in Hollywood, sci-fi is rarely produced in Hong Kong or Chinese cinema. But Ng is hopeful Warriors of Future will find an audience and cement the genre in the realm of Asian film production. “We have faith in the film to turn sci-fi into a mainstream genre in Hong Kong and Chinese productions. It also makes sense for sci-fi to flourish in the Chinese film industry as the market is so big, there is room for every genre,” Ng said.

Warriors of Future is scheduled for release in fall 2019.