If you think Lego is done with its Lego Batman Movie set once the movie hits, and then leaves, theaters, think again.

The company will launch a new wave of Lego Batman sets based on the movie in June, with the line due to be unveiled in New York’s Toy Fair in February.

The brick batches each revolve around a villain — Scarecrow, Bane, Two-Face, Harley Quinn — and feature a vehicle as the main play build.

Heat Vision has the first look on the set (above and below): 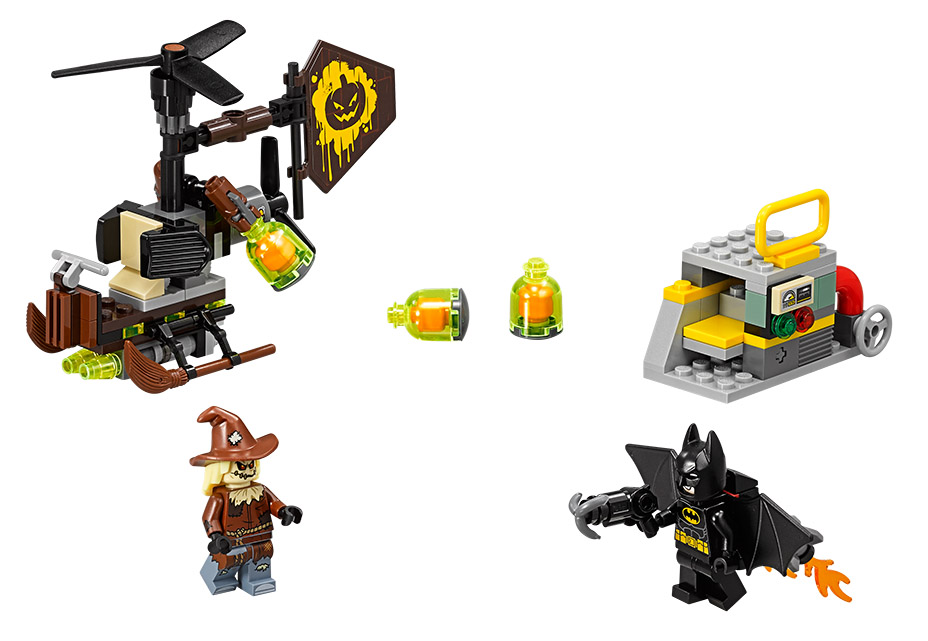 Bane Toxic Truck Attack features Bane’s 6-by-6 Toxic Truck with a minifigure cockpit, space for a big Bane figure, six big wheels with rear-four-wheel suspension, mounted adjustable six-stud rapid shooter with target-sighting element, and a detachable translucent-green toxic tank element. It also comes with Batman’s Whirly-Bat, which has a minifigure seat, rotating rotor, two adjustable Batwings and two wheels. The Toxic Truck measures over 4″ (11 cm) high, 6″ (17 cm) long and 3″ (9 cm) wide. The set, which some with Batman and Mutant Leader minifigs along with Bane, will sell for $49.99 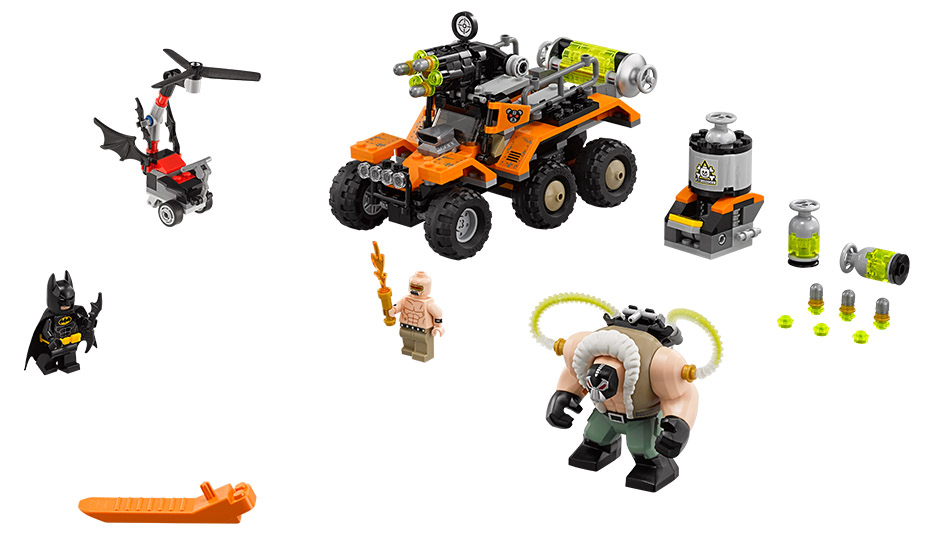 Two-Face Double Demolition will have you doing a double take with an excavator that has a “good-and-bad-side” design, minifigure cabin, removable roof and opening weapon storage compartment with a pistol, four huge wheels (two with spikes on the “bad” side), operational excavator arm and bucket, articulated design for smooth steering, six-stud rapid shooter, rotor blade and rear storage compartment.

But that’s not all: The set also comes with a Batcycle that has two big wheels, an opening minifigure cockpit with translucent-yellow windshield and Batwing doors, rotating double stud shooter and rotating flick missile shooter.

The set comes with Batman, Two-Face and two GCPD officers minifigures, and will sell for $59.99. 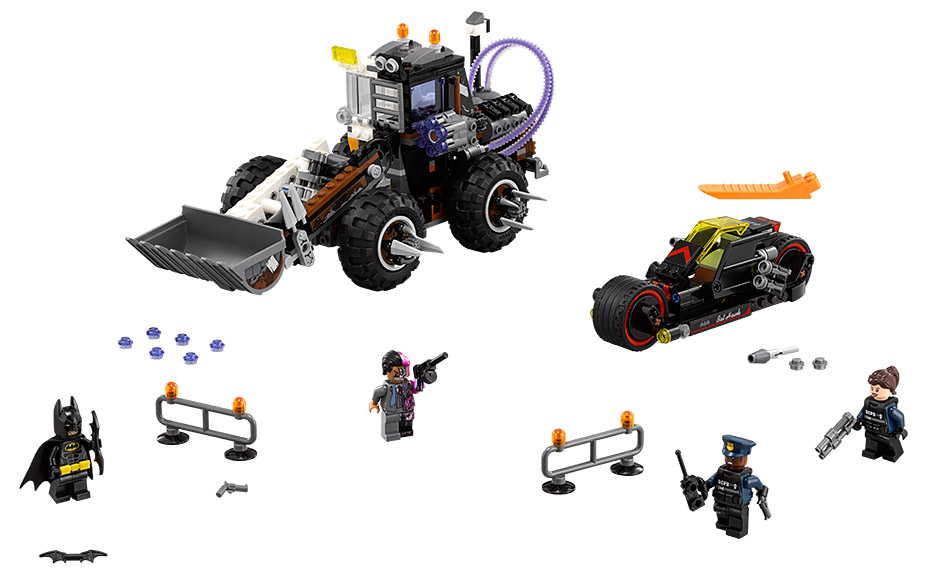 Now the piece de resistance (photo at the top of the post):

While there have been plenty of Lego Batmobiles over the years, The Batwing has had fewer chances to fly with the devil in the pale moonlight. But this one is no joke. It features an opening dual minifigure cockpit with translucent-yellow windshield, rotating boosters, adjustable wings for flight and landing modes, two spring-loaded shooters, two disc shooters, opening rear compartment with a small car (with a minifigure seat) inside, and translucent light-style elements.

Harley Quinn is the villain in this set and her weapon of choice is a cannon with a six-stud rapid shooter and two wheels.

The set, which of course comes with Batman and Robin minifigures, retails for $89.99.

Lego is also introducing a Batwave of BrickHeadz, the company’s stylized take on heroes that involves an oversize head and big eyes. (It first teased the line at 2016’s Comic-Con.) The sets include Batman, Batgirl, Robin and the Joker and will sell for $9.99. The BrickHeadz hit shelves in March.