Truth, beauty, freedom and love are being explored onstage at Boston’s newly restored Emerson Colonial Theatre in the pre-Broadway engagement of Moulin Rouge! The Musical.

The Hollywood Reporter offers an exclusive first look at production shots from the lavish show set in the Montmartre Quarter of turn-of-the-century Paris. It features Karen Olivo as chanteuse Satine; Aaron Tveit as Christian, the heartsick writer who falls for her; and Danny Burstein as Harold Zidler, the exploitative impresario who hosts the decadent nightspot that gives the musical its name.

"Come What May" Featuring Aaron Tveit from Broadway-Bound 'Moulin Rouge! The Musical'

Based on the 2001 Baz Luhrmann film that starred Nicole Kidman, Ewan McGregor and Jim Broadbent in those roles, the show is directed by Alex Timbers and choreographed by Sonya Tayeh, with music supervision, orchestrations and arrangements by Justin Levine. It features a book by John Logan and a score that draws on some of the great popular music of the last 50 years, including many numbers featured in the movie.

Produced by Global Creatures, the show runs through Aug. 19 in Boston, with Broadway plans to be announced. 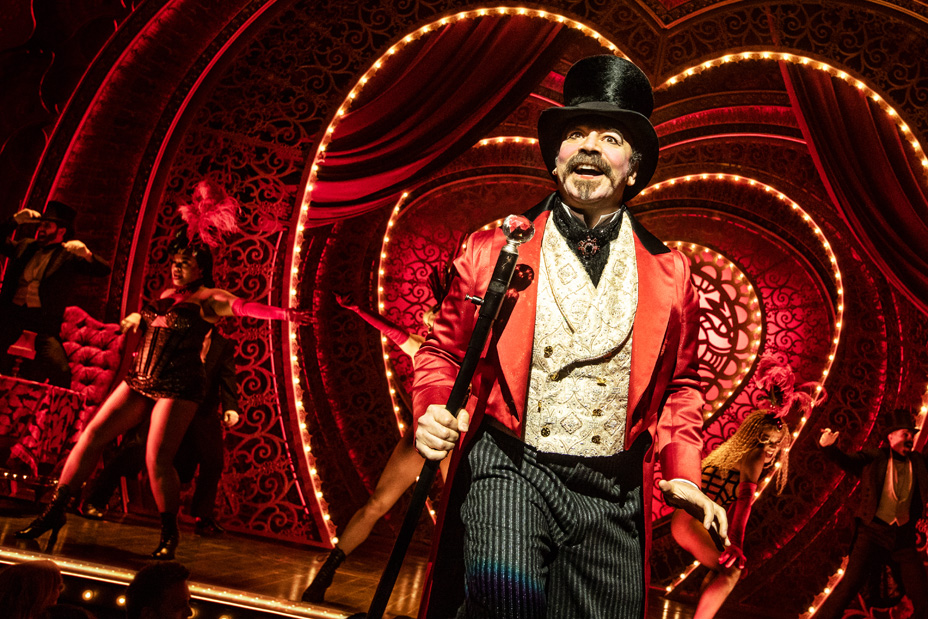