The closest I ever got to having a bespoke suit was one from my lawyer Jamie Feldman, made for [someone else] who pretty much has my build,” says Josh Singer, executive producer and screenwriter of awards-season contender First Man, which opens wide Oct. 12. “He had found a beautiful bespoke suit from London on eBay or something.” Singer, 46, ended up wearing the couture midnight-blue Ozwald Boateng everywhere. “It didn’t fit him and he said, ‘It might fit you,’ and it fit like a glove.”

Some other guy may have his rangy physique, but it’s safe to say no one has Singer’s career at the moment. After his original screenplay Oscar with director Tom McCarthy for 2015 best picture Spotlight — only his second produced film, after 2013’s The Fifth Estate — Singer saw director Damien Chazelle’s Whiplash and was ready “to go anywhere he was headed,” he says, which ended up being First Man, about NASA’s mission to put Neil Armstrong on the moon. “I was very taken by Damien and his vision to get at the gritty, visceral and really terrifying experience of going into space in those tin cans,” says the screenwriter. “We hadn’t seen that before.”

On his way to Chazelle’s astronaut story, Singer got pulled back to Earth by Steven Spielberg, who tapped him to work on The Post with first-time scribe Liz Hannah. Despite such high-profile projects, Singer, who lives with his wife, novelist Laura Dave, and their two-year-old in Santa Monica, is reluctant to spend on clothes: “I’m a writer and neurotic, so everything is, ‘This is probably my last movie and now it’s all downhill.'” 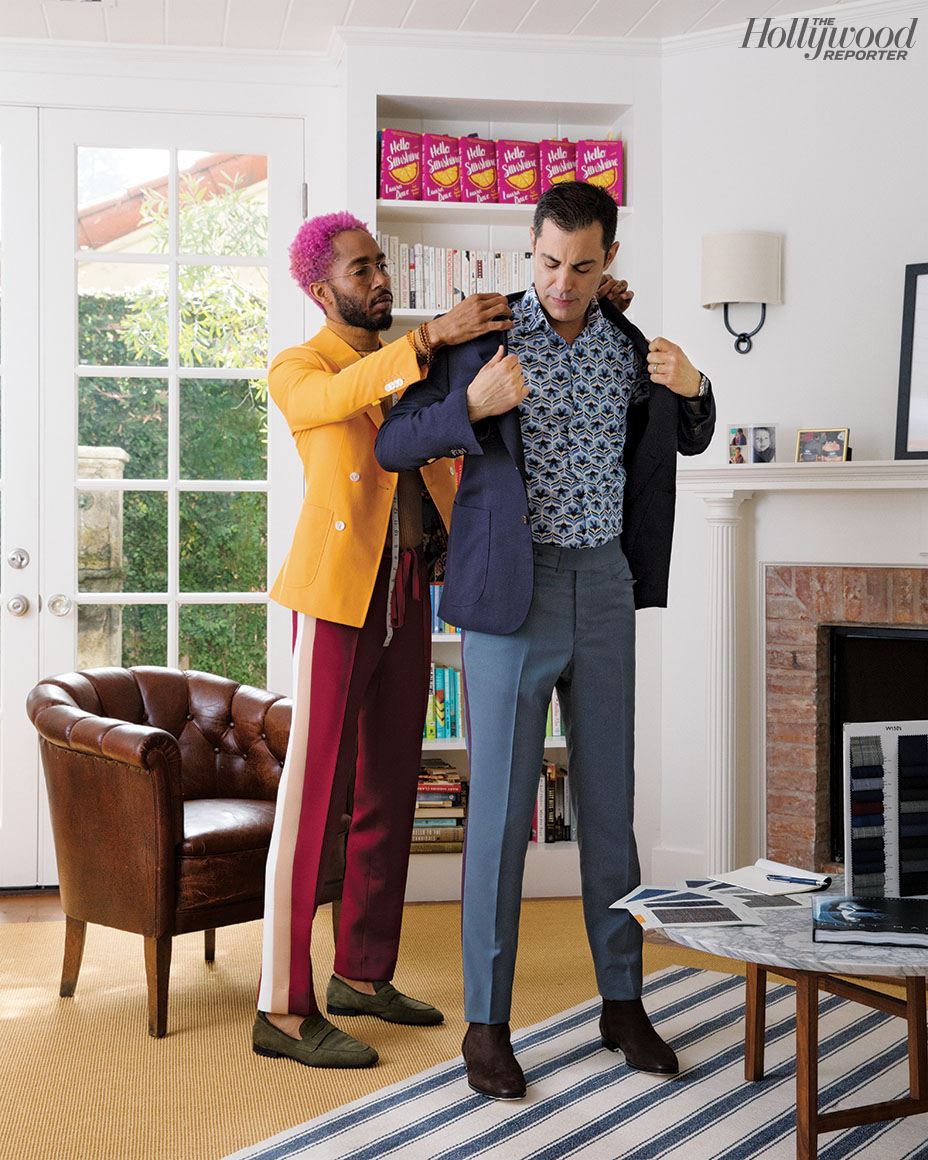 To gently introduce Singer to bespoke, THR paired him with top Los Angeles tailor Richfresh, aka Fresh, who creates customized suits for F. Gary Gray, Anthony Anderson, rapper Belly and NBA champion Draymond Green. “What Fresh does is a garment that is tailored perfectly but with an edge,” says THR contributing editor Andrew Weitz (of The Weitz Effect). “It’s a modern take on a suit.”

At first glance, Singer and Fresh might seem an unlikely match. But the tattooed, pink-haired tailor recognized a kindred spirit in the Yale and Harvard alumnus. “He’s a hard-working guy, focused on his craft,” says Fresh of Singer. “I always admire people who, in a city as busy as L.A., still can shut out all the noise and focus on their shit.” 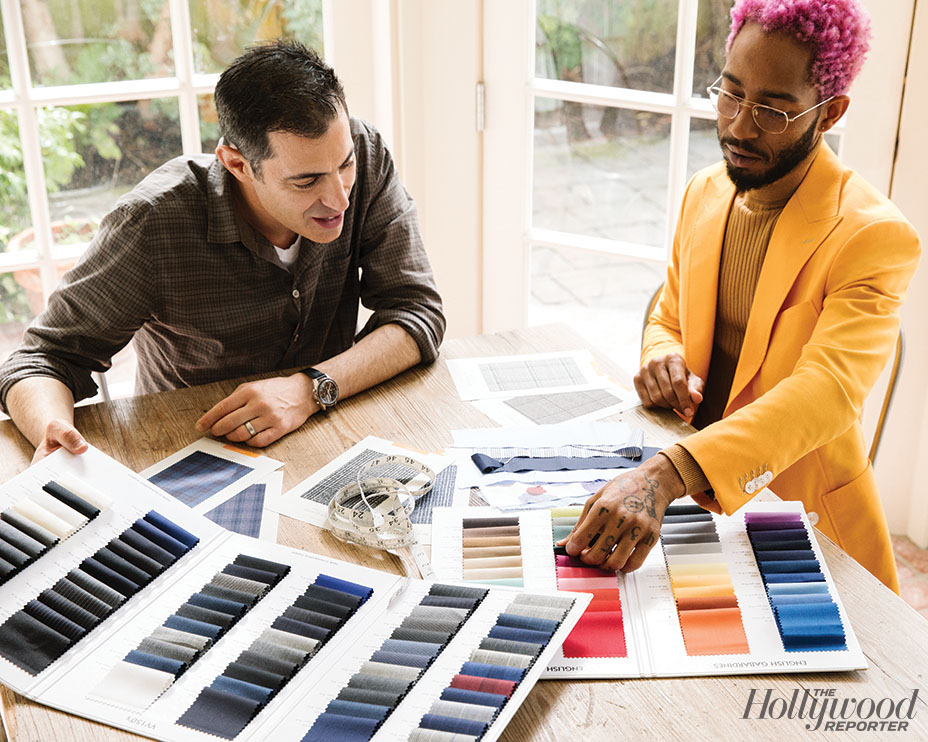 Fresh himself traveled a long route to get to L.A., growing up as a “smart, shy, nerdy kid” in Little Rock, Arkansas, where he tutored a cheerleader who told him, ” ‘You’re a cute kid, you just dress so bad. You’re never going to get any play.’ I took that to heart.” Biographies of Ralph Lauren and Calvin Klein became “like comic books to me,” and at 13, Fresh began to sew, eventually opening a tailor shop in Memphis, followed by stints at New York’s Hickey Freeman and Beverly Hills’ Ermenegildo Zegna.

Fresh and Singer ultimately settle on a versatile look for any non-black-tie occasion: instead of a traditional suit, a navy blazer with patch pockets and notch lapel, gray trousers and two custom shirts — a light blue and a print. For informal meetings, the screenwriter can don the blazer with other slacks or jeans, or the trousers with a pullover or button-down. “The jacket is terrific and just fits really well,” says Singer. “From far away, it looks like a standard blue blazer, but up close, the fabric is really beautiful,” he adds with a bit of wonder. “I don’t think I’ve ever had something that fits quite like that.” 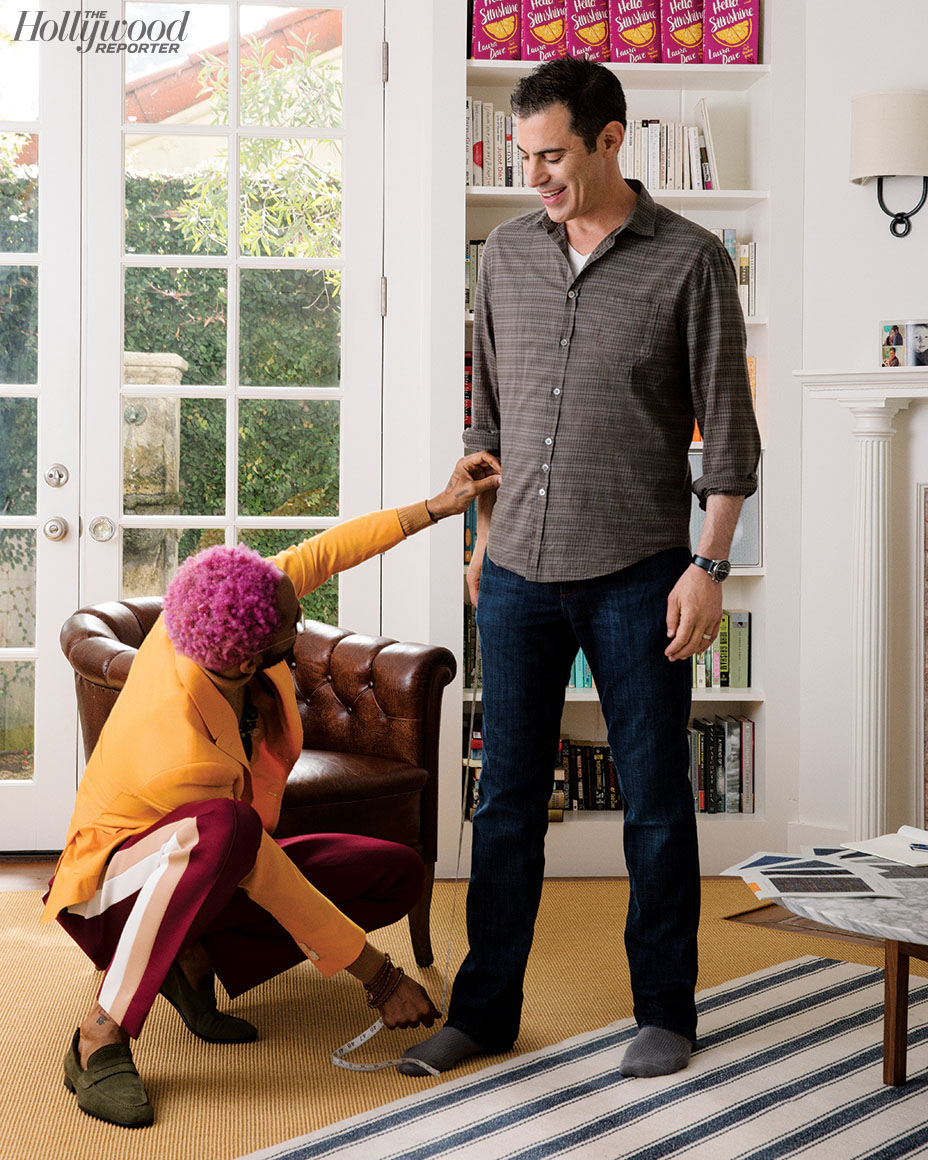 The trousers at first gave him pause. “They’re right up to the line for me, because they’ve got stripes down the side,” referring to Fresh’s signature accent, which evokes both tuxedos and track pants. “But I’ll wear them and I certainly would go back to him to get some more,” says Singer, who is down with the jazzy shirt, too. Later, he shows THR a picture of himself wearing it at drinks with Armstrong’s sons Mark and Rick Armstrong and Lukas Haas after an event at the Kennedy Space Center in Orlando. 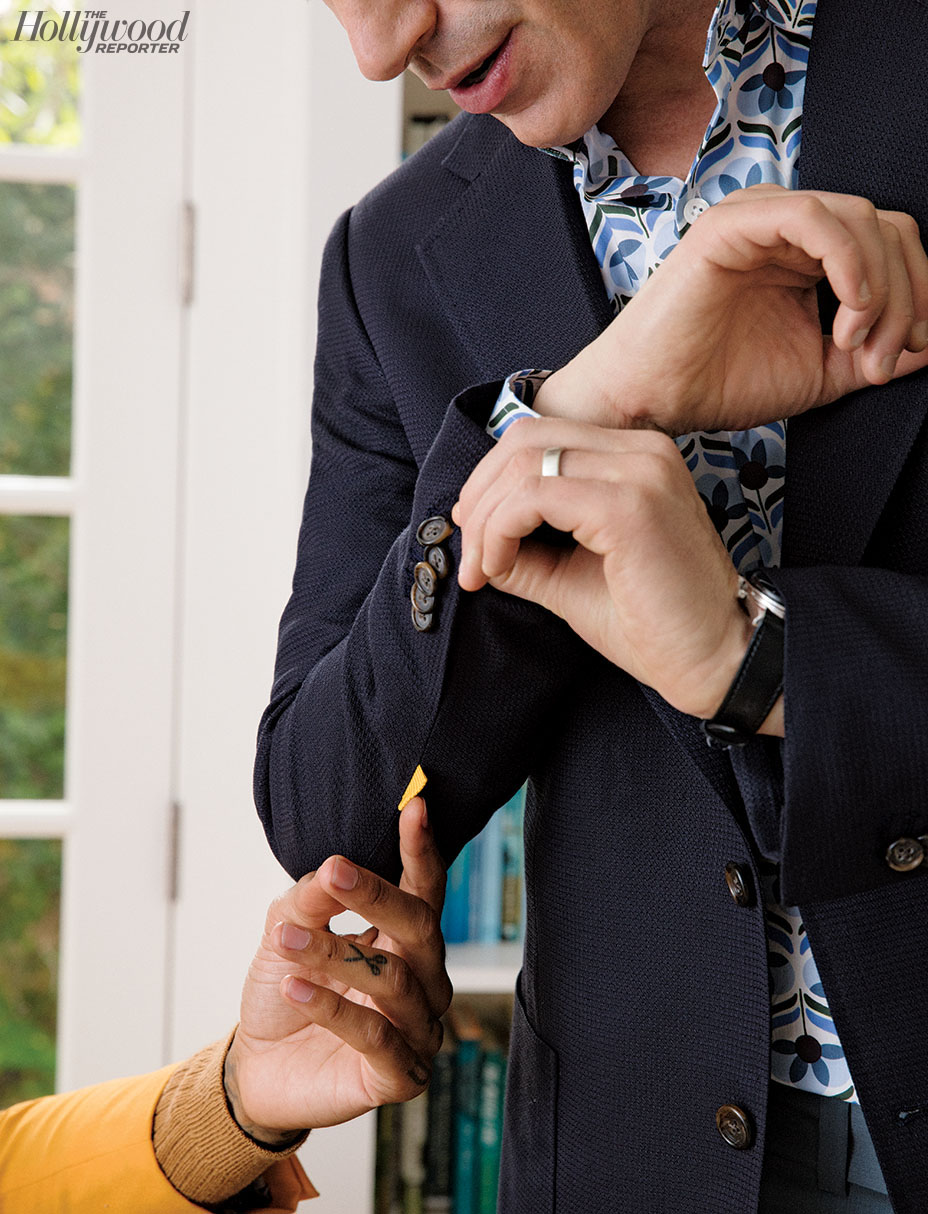 Singer also sported the head-to-toe look to the Washington, D.C., premiere of First Man on Oct. 4. But before he set foot on the red carpet, Singer ran down his list of projects, including a TV pilot “about democracy in crisis”; a war story concerning a Yemeni peace activist; and the upcoming Leonard Bernstein biopic with Bradley Cooper attached to star and direct and Spielberg among the producers.

From the sound of it, Singer’s going to need some suits after all.