The streets are on fire. Men in KKK hoods are chasing people of color through the streets. Agitators in police uniforms are shooting unarmed black people while they beg for their lives. The government is wiping out the lower class, the minorities, the bottom rung of the workforce, by forcing them to choose money over morality — survival over sanity. This is a sadistic cleansing. This is The First Purge.

Blumhouse’s Purge franchise has gone through a fascinating evolution since the first film’s debut in 2013. Now, four entries deep and with a television event series set to debut this September, The Purge has become one of the horror studio’s defining properties, along with their Paranormal Activity and Insidious franchises. Unlike those supernatural-centric series, The Purge opts for political horror. Though the series began as a home invasion thriller, the sequels have taken to the streets and showcased a wider view of what happens when all crimes, including murder, are made legal for a 12-hour period. The previous films assume that humans will act on their worst impulses if given the opportunity, and while the government villainy of the New Founding Fathers of America isn’t exactly subtle, The Purge: Anarchy (2014) and The Purge: Election Year (2016) tapped into current fears born from class divisions and Republican menace. The latest film, The First Purge, shows how this dystopian future came about, and with its commentary on America under Trump it acts as the series’ most racially powerful entry.

The first entry of the series centered on a wealthy family, with Ethan Hawke and Lena Headey playing parents, who, along with their two children, are held captive by a group of mask-wearing yuppies after saving a wounded black man from their wrath. Although the film doesn’t hide the fact that the wealthy are targeting those whom they view as a burden on society, and a drain on resources — a somewhat coded form of racism as classism — it’s a film that is very much through the white perspective of the Sandin family. The wounded man, listed as the Bloody Stranger (Edwin Hodge) in the credits, may incite the family’s call to action, but he’s only a secondary factor. The film’s perspective is that of white liberalism, in which the Sandins can feel vindicated for their efforts without ever having to actually step out on the streets. When looked at as a concept, this initial film seems too easy, too broad in its approach to point fingers without ruffling any feathers. But a horror movie that doesn’t incite strong emotions isn’t worth remembering, so for the sequel, writer-director James DeMonaco didn’t simply ruffle feathers, he pulled them out and added some flavor to mix. 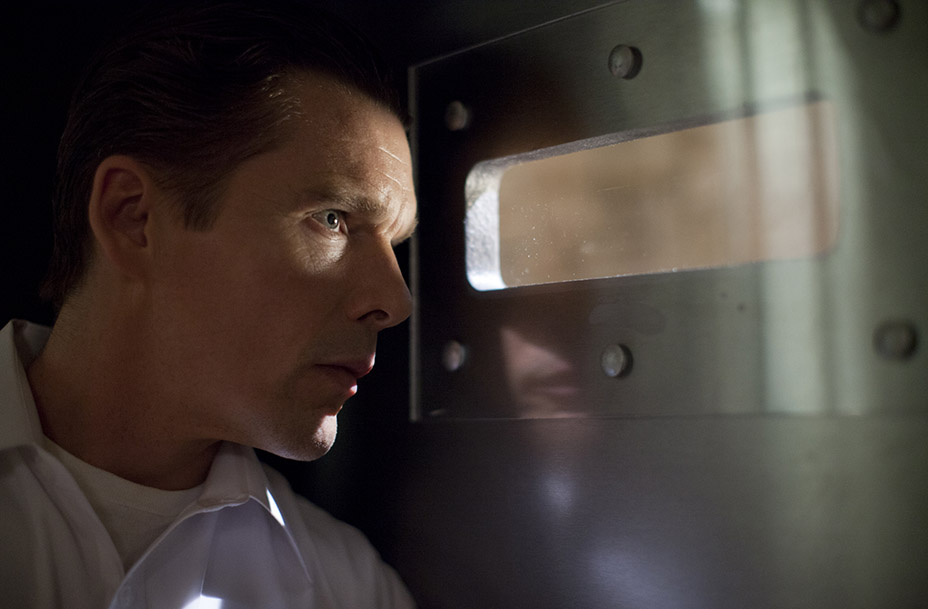 Anarchy and Election Year placed people of color in the forefront, with Carmen Ejogo, Zoe Soul, and Justina Machado anchoring the first sequel, and Betty Gabriel, Mykelti Williamson and Joseph Julian Soria forming the backbone of the second. The characters they play, ordinary people from low-income neighborhoods, are led through the streets by Frank Grillo’s Leo Barnes, who reoccurs in Anarchy and Election as the night’s soldier savior. It’s Grillo’s character who has received the most praise in the franchise for his ability to shift the series into an action-horror spectacle that feels reminiscent of John Carpenter’s Escape From New York (1981). By giving audiences more characters in unsettling masks that turn American iconography into nightmare fuel, and centering the films on people whose right to live as Americans is being challenged, The Purge became a franchise of social importance — one that encouraged passion and participation from black and Latino audiences, specifically. Yet at the end of the day, when looking at those sequels through the allegorical lens we’re invited to see through, we still have a white guy saving the day, even if the emotional backbone comes from people of color.

The First Purge, which sees DeMonaco as screenwriter only and Gerard McMurray take over as director, takes a more hands-on approach to race. Perhaps due to Get Out’s success tackling racial identity, The First Purge is aligned with the black and brown perspective through and through. From its hip-hop music, the solace found in church and gangs — not always mutually exclusive — and recognition that a government run by middle-aged white men will always sacrifice people of color first, McMurray’s movie is a hood film. 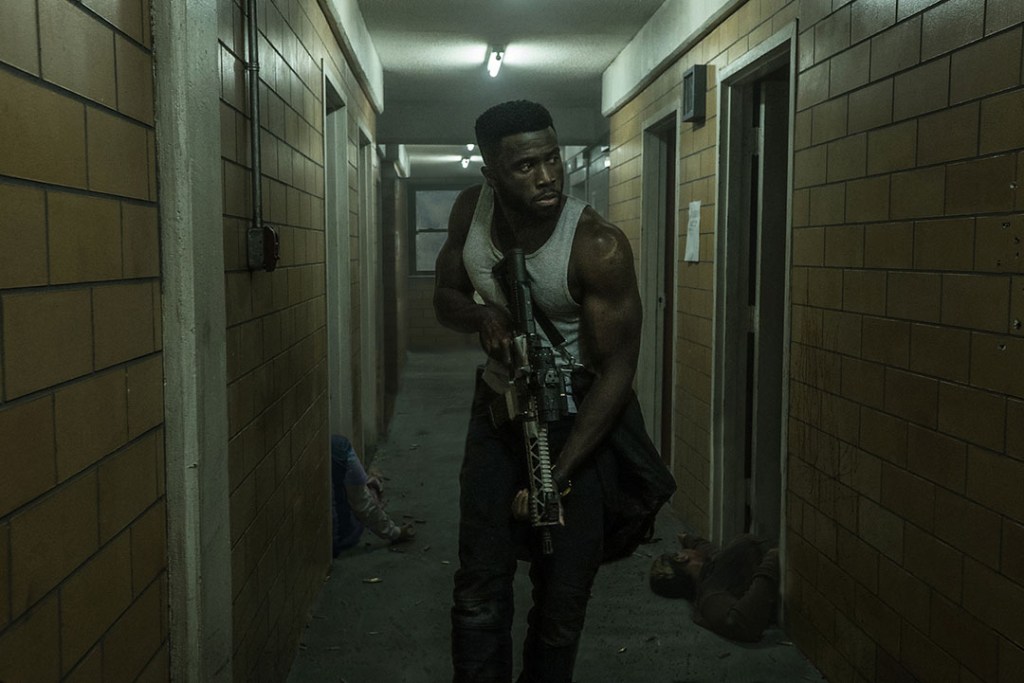 Led by Y’lan Noel, Lex Scott Davis and Joivan Wade, The First Purge’s black cast fights back with a revolutionary soul that’s filled with cheer-worthy moments for the demographic that has been most invested in this franchise. The black-on-black violence, or black-on-brown violence, that The First Purge depicts is spurred by the government, which sets mercenaries loose in the Staten Island projects once they find out the Purge isn’t working. The prequel provides answers to the notion that people are inherently evil by showing that they aren’t, especially when they see themselves as part of a community — something that escapes the self-invested one-percenters. The people of this Staten Island community would rather party with each other than kill each other, and there’s something powerful about that and the neon-tinged block party that breaks out before the agitators are sent in under the guises and uniforms that people of color fear the most.

The First Purge isn’t trying to mask anything from the audience. From its stance on Trump’s hateful rhetoric, racism and misogyny to its position on Black Lives Matter, The First Purge has no interest in subtlety within this allegory. While the other entries suggested that we had each other to fear, this film has a very clear position on where fear comes from — Charlottesville fascists, cops without accountability and politicians who want the ghettos to operate as a prison system for innocent folks trying to get by.

In this film, black and brown people are shown saving each other because they know no one else will. What’s ironic is that the film’s call to arms and fighting spirit are ultimately laid to rest by the fact that it’s a prequel. We’ve seen the events that follow and know that there are years of Purging in store and that the community is ultimately shattered. Yet, this film feels like a work meant to operate more for the people watching rather than for its place within a larger franchise. The First Purge’s call to resist may ultimately lead to nothing within the world of the film, but in our world, that call is still a rallying cry to stand up against future horrors. While horror franchises often promise diminishing returns, The Purge series holds the promise of only growing in importance.