Continue to The Hollywood Reporter SKIP AD
You will be redirected back to your article in seconds
Skip to main content
July 8, 2018 9:52am
Logo text

[This story contains spoilers for The First Purge]

“I would’ve voted for Obama a third term if I could’ve. Best president in my lifetime. Hands down.”

Knowing what we knew about Get Out even before its conclusion, any viewer watching in theaters knew that line uttered by Bradley Whitford’s Dean Armitage meant that the film wasn’t going to hold any punches as far as race relations.

While The First Purge may technically serve as a prequel to the three other films in The Purge franchise, it feels like a spiritual successor to fellow Blumhouse production Get Out, and is the latest in a string of politically-tinged horror movies. These films have all the stage for The First Purge to work.

'The Forever Purge' Officially Pulled From the July Release Calendar

Heroes of Horror, Sci-Fi and Supervillains: The Genre Roundtable

This renaissance of films that play on real-life horror comes after films doing this for years. One of the most notable is Samuel Fuller’s unflinching White Dog (1982), revolving around a white German shepherd that is trained to kill black people on sight. Another selection is George Romero’s The Night of the Living Dead (1968), which wasn’t initially intended to be a commentary on racism and race relations. The film, which Jordan Peele has cited an inspiration for Get Out, sees a black man (Duane Jones) as the hero of a group of white people as they fend off bloodthirsty zombies — only to be shot dead by an all-white militia after its all said and done. There’s also Bernard Rose’s Candyman (1992) which places a lynching at the center of its fantastical myth, only to be juxtaposed with race and class relations in Chicago. 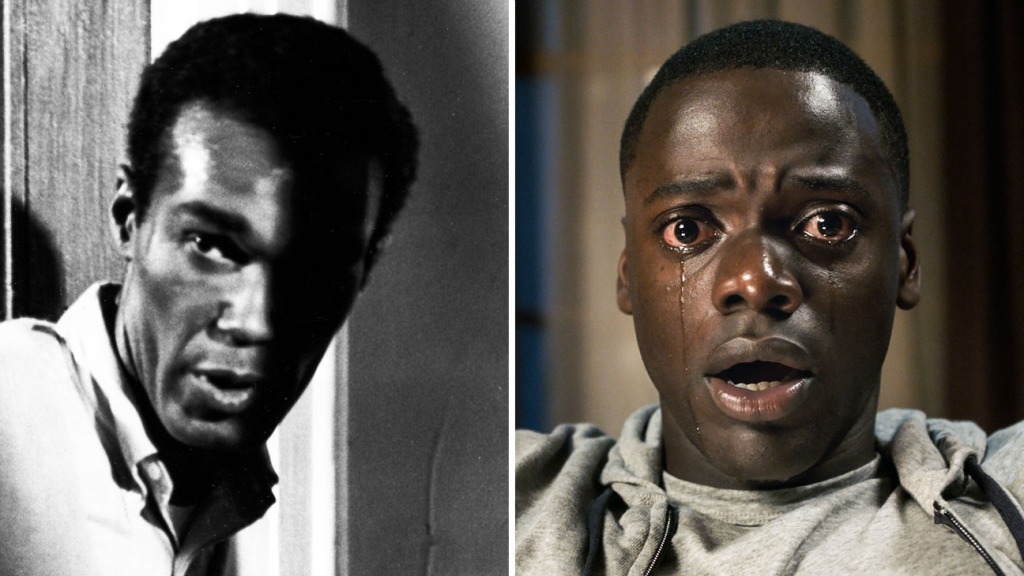 While the idea of a timely, heavy-handed, social justice horror is not new, what is new is both the approach by the filmmakers and the lens through which today’s viewers have been forced to watch the films. Before, the concepts in these movies — a deadly dog or the living dead — were all fantastical. Though they exposed real-life fears and horrors, they were grounded in other worlds — not your next-door neighbor, not your in-laws, not the people voted into office that are supposed to have your best interests in mind.

With a black director at the helm in Gerard McMurray, the principal cast of The First Purge is comprised of black and Latinx actors, including Insecure star Y’Lan Noel getting his John Wick on as no-nonsense  drug leader, Lex Scott Davis as his ex-girlfriend/an unafraid activist, and Joivan Wade as her little brother who just wants a better life for them both. Set in Staten Island, The First Purge begins as an experiment by a new political party in power, The New Founding Fathers of America (NFFA), that they believe will lower all crime rates. They set up what they call an “experiment” in a marginalized community located in Staten Island.

The premise may seem fantastical, but it’s presented in a grounded way in The First Purge, which references the real world throughout.  The opening scenes feature news coverage alluding to a divided government, a new, unexpected contender for the nation’s highest office and protests. There’s a counter-rally protesting injustice, led by Davis’ Nya, recalls the Black Lives Matter rallies held in the Trump era.

As the first purge is underway, a vicious group of white supremacist-esque mercenaries nearly massacre an entire group of churchgoers seeking refuge at a sanctuary. This is a clear allusion to how white supremacist Dylann Roof took the lives of eight black people in a Charleston, South Carolina church in 2015. Similarly, a caravan of Nazi-like mercenaries parading through the Staten Island streets eerily recalls the car that drove through a counter-protest to a white supremacist rally in Charlottesville that killed Heather Heyer last August.

We later learn in the film that the mercenaries are employed by the NFFA because the marginalized communities in Staten Island (sans its Freddy Krueger-esque slasher, Skeletor) are not too keen on the idea of killing each other. In fact, while the experiment is going on, folks are out at house parties and silent discos. The black and brown people of Staten Island are unbothered in the midst of the Purge, and that is a testament to the ever-present hope and positivity in the midst of adversity. 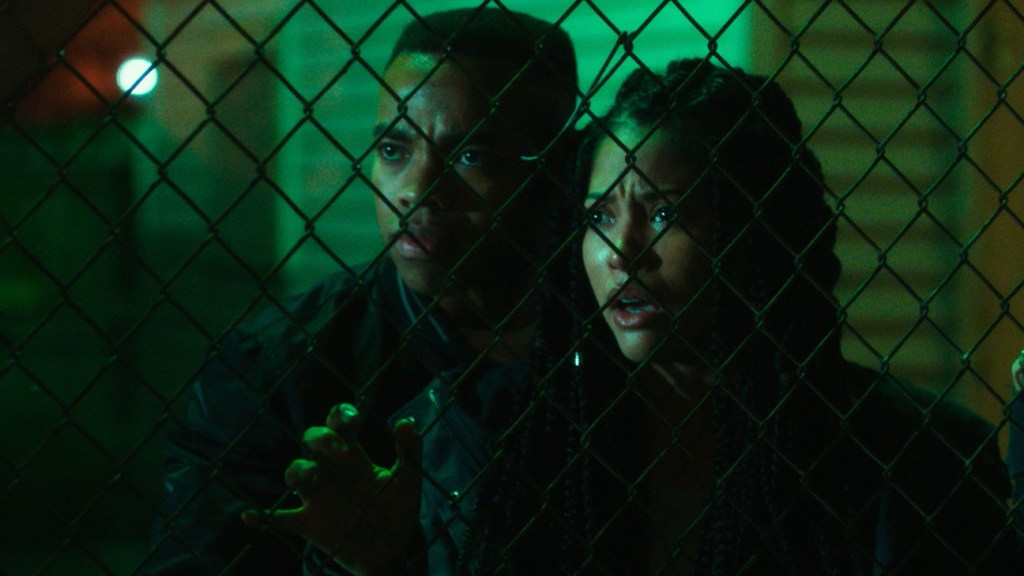 In one of the most in-your-face allusions in the film, Nya is escaping a purger trying to drag her into a sewage drain. She escapes, and yells back, “pussy-grabbing motherfucker,”a clear allusion to Donald Trump’s infamous 2005 Access Hollywood tape in which he was caught bragging about grabbing women “by the p ussy.”

Perhaps the biggest allusion to current politics is the embodiment of Marisa Tomei’s character of Dr. May Updale, a NFFA-contracted psychologist and the brain behind the Purge. Updale asks of herself, “What have I done?” when she realizes that her experiment has been taken out of her control and that the government was paying people to make the purge look successful.

When the doctor sees the error of her ways, it is too late. Updale could be read as representing the 53 percent of white women who voted for Donald Trump. Because the experiment impacted these marginalized communities and not someone like her, she was unable to see the damage that it would do to the nation as a whole — and when she did come to terms with how it was wrong, the nation’s new leadership then turned on her. It was even more telling that in her death scene, she was ambushed and killed by a group of white men.

With films like Get Out and The First Purge as prototypes, it wouldn’t be surprising if we continue to see the wave of real-life horror films. Jason Blum is developing The Hunt, which will elevate the real-life squabbles between the right and left to a violent level. And while it’s not necessarily going to be a horror film, Peele’s next directorial effort, Us, is also said to explore race. Just as The First Purge shows us a beginning of a franchise, it looks like this new trend in the genre is just beginning as well.