If it’s difficult to pigeonhole Fisher Stevens, that’s by design. At various points in his career, the 57-year-old Chicago native has been an actor (he’s starred in everything from the Short Circuit movies to CBS’ Early Edition and is currently on HBO’s Succession); producer (of environmental docs like the Oscar-winning The Cove, plus the Netflix sensation Tiger King); and director.

Palmer — his third narrative feature as a helmer — is a story set in the rural South about an unlikely relationship that forms between a onetime high school football star (Justin Timberlake), recently released from jail, and a boy named Sam (Ryder Allen) who likes to play with dolls. Ahead of the film’s Jan. 29 release on Apple TV+, Stevens — who is married to producer Alexis Bloom, with whom he has two young children ­— chatted with THR about the message of Palmer, the passion for environmentalism he shares with Leonardo DiCaprio and finding acting inspiration again on Succession.

What drew you to Palmer?

It’s a film about people coming together from the most unusual places. It’s kind of how I would love the country, especially right now, to be — that we all somehow find a way to come together, like Sam and Palmer. But I don’t know. It doesn’t look like we’re there yet.

How do you get Justin Timberlake to star in your indie feature?

I did a couple of documentaries with Leonardo DiCaprio, and he is repped by the same manager as Justin, Rick Yorn. I remembered how great he was in the Coen brothers’ movie [Inside Llewyn Davis] and Alpha Dog and Social Network. But it took a long time. He’s Justin Timberlake. 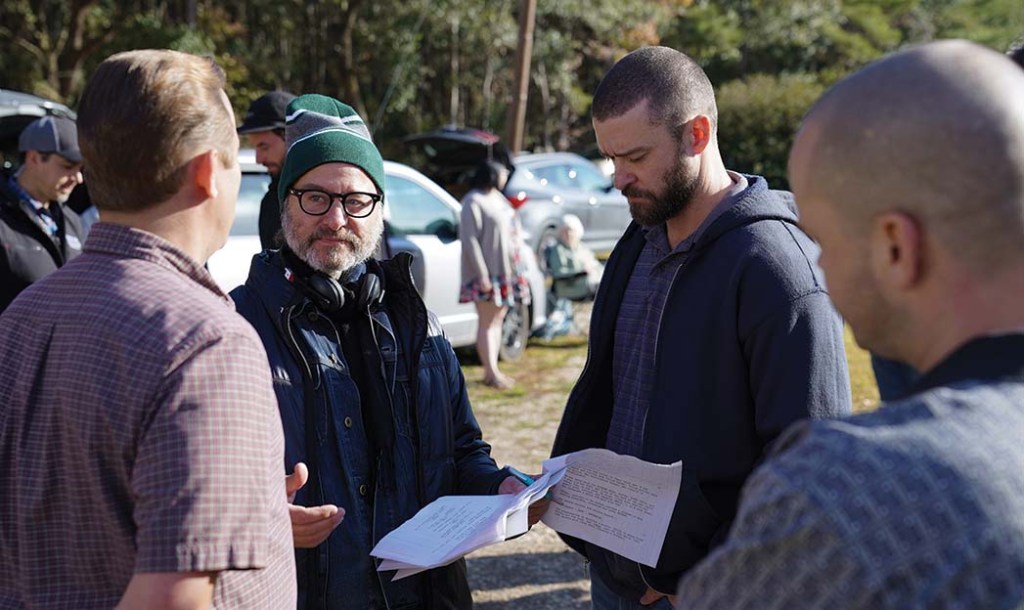 But Justin is from the South and is a great athlete. I think Justin related to the fact that Palmer was once famous, kind of. High school athletes, they have that moment where they’re shining and they’re everything and they get everything they want — the girls, the grades. There was something that Justin clicked into there.

How did it end up at Apple?

I was eight weeks into my edit, and suddenly we’re in lockdown. We all figured that virus was going to go for about a year at least, so we had to make a decision, and I, with the producers and Rick, said, “Let’s just show it to streamers.” You’ve got four streamers to choose from, and the thing that we loved about Apple was there wasn’t much competition at Apple. There’s not a lot of movies. With Netflix or Hulu or Amazon, there’s a lot movies.

Did Tim Cook see it or respond to it at all?

I did hear he saw the film and really liked it, yes. [Head of feature development and acquisitions] Matt Dentler and [feature development and acquisitions exec] Lejo Pet are the guys I’ve been dealing with, and they’ve been wonderful. Even to the extent where their design team helped me on the Palmer logo. I was like, “Guys, you’re Apple. What do you think?” They tweaked it. It was great.

You produced Tiger King. Did that come out of your environmental docs?

I met Eric Goode when I was a teenager. He ran Area, which was the coolest nightclub in the world, in New York. We stayed friends. And when I started doing all my environmental stuff, Eric asked me to be on the board of The Turtle Conservancy [a protection group Goode co-founded]. We started working on a series, originally years ago, to try to show the illegal reptile [trafficking] world. It was a very different [project] originally. I was very involved in the editing and staffing up, and I helped [co-directors] Rebecca [Chaiklin] and Eric come together. I was very surprised at the massive hit that became. I had no idea.

What can you tell me about your partnership and friendship with DiCaprio?

We shared this passion for environmental causes. He was like, “Let’s do something together.” That became the 2016 [climate change doc] Before the Flood. Then he asked me to make [And We Go Green], a film about electric car racing, Formula E. Unfortunately, it was right around COVID time when it came out, and it kind of disappeared on Hulu.

How did you stumble into the world of Succession?

I had met [Succession executive producer and director] Mark Mylod through a mutual friend in Brooklyn. He just asked me if I wanted to do this little part [on season two]. Acting has been kind of my second or third life right now because of docs and then the feature, but when I got on that set, man, I felt like I was part of a theater company. It was like watching masters at work. Luckily, they asked me to come back.