Continue to The Hollywood Reporter SKIP AD
You will be redirected back to your article in seconds
Skip to main content
October 23, 2020 7:00am

In March, the first L.A. screening of Justin Baldoni’s Clouds took place at Warner Bros.’ screening room 5. It would be the last day the studio lot was open. “Tom Hanks had just gotten COVID, the lot was empty, and no one knew if we should even be in the same room together,” the director recalls. Eight months later, Clouds now can be found on another studio’s streaming service after a transition that could only have happened in an industry-shifting pandemic.

Based on the true story of the late Zach Sobiech — a high schooler with osteosarcoma (a type of bone cancer) who began a music career in his final year of life — Clouds is the sophomore feature for Baldoni, 36, who is best known for his role as the love interest on The CW’s Jane the Virgin. Baldoni, who grew up in Oregon, previously told Sobiech’s story in the 2013 digital docuseries My Last Days, which follows people living with terminal illnesses. After working bit parts for the better part of a decade, a mid-20s Baldoni became disillusioned with acting and opted to travel the country to film My Last Days. Returning to L.A. intent on making a full transition into filmmaking, Baldoni began auditioning as an actor “just to keep the muscle warm,” he says, which is when he landed Jane. 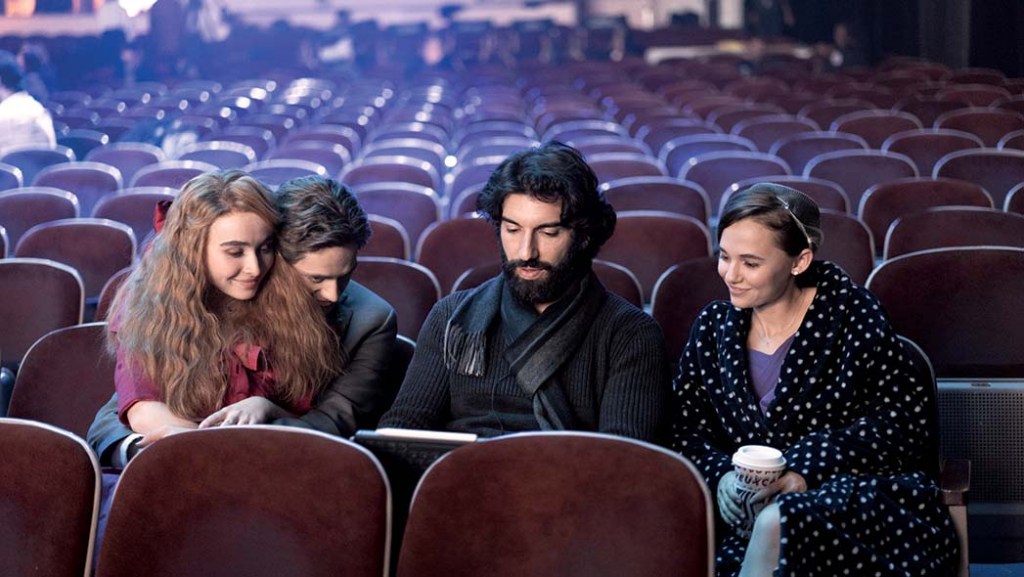 Not long after, he got his chance to direct his first feature, CBS Films’ Five Feet Apart, a hospital-set love story about two teens with cystic fibrosis. The movie, which cost $7 million, grossed $91.5 million, considered one of the largest box office anomalies of 2019. Still, Baldoni looks back on the success with some regrets, having had to make creative concessions and limit shooting days because of costs. Directors, he says, “are still beholden to the studio. The only way to have a real say is to have ownership of the movie.”

It was this desire to have more creative control that prompted Baldoni to launch Wayfarer Studios with the help of a $30 million initial investment from his now-business partner Steve Sarowitz, co-founder of payroll company Paylocity. Wayfarer fronted 50 percent of the budget for Clouds with Warner Bros. “That was important to me because I could make decisions I thought were best for the film,” says Baldoni.

Clouds went into the pandemic without a committed theatrical release date and, as a low-budget YA movie, it was a likely candidate for a streaming release. But the filmmakers didn’t think Warners’ sister service, HBO Max, was the right fit given its skew toward older audiences. So, in an audacious move, the fledgling Wayfarer bought out Warners’ half of the film, allowing the producers to take Clouds elsewhere.

With the help of Endeavor Content, Clouds made its way to Disney+’s acquisition team. Less than 24 hours later, Baldoni got an email from Walt Disney executive chairman Bob Iger. “He said, ‘We believe in this. We can’t believe we didn’t make it,’ ” says Baldoni, who has plans to frame the exchange. Clouds, which premiered Oct. 16, is the first-ever narrative acquisition for Disney+.

With the movie going to streaming, Wayfarer forfeited any potential theatrical profit. But the director is unbothered. “I believe in the double bottom line. Sure, we have to make money because we are a business, but the value that we have at our studio is that we want to touch hearts,” says the married father of two young kids. “There are going to be some projects we make to just touch hearts that we know are going to lose money. But we will never make a project just to make money.”