The announcement that Warner Bros’ solo Flash movie will, apparently, be called Flashpoint  (or perhaps Flash: Flashpoint, it’s unclear) during the studio’s San Diego Comic-Con presentation Saturday morning was a surprise on multiple fronts. For one thing, just the fact that the movie isn’t called The Flash might seem unusual, until you remember that it’s in the WB’s best interests to find some way of differentiating the movie from the TV show of the same name (despite the fact that both feature versions of the same character).

However, Flashpoint isn’t a title with no resonance for the Flash as a character; it’s the name of a five-issue 2011 comic book series that was later adapted (in concept only) as the plot engine for the first half of the third season of the CW series — the idea that DC’s Fastest Man Alive would use his powers to go back in time to save the life of his mother, only to wreck the timeline as a result.

In the TV version of the plot, things were (mostly) returned to normal within an hour, albeit with specific aftershocks that drove future episodes. In the comic book story, however — written by Geoff Johns, who not coincidentally is now in charge of DC’s movie output — things are far more complicated: The “Flashpoint” universe rewrites the larger DC Universe in a way that creates alternate versions of Batman, Aquaman, Wonder Woman, Superman and Green Lantern…all of whom exist within the DC movieverse, and are primed for an alternate take that could put a spotlight on the (unchanged) Flash in a way that few other storylines could follow. 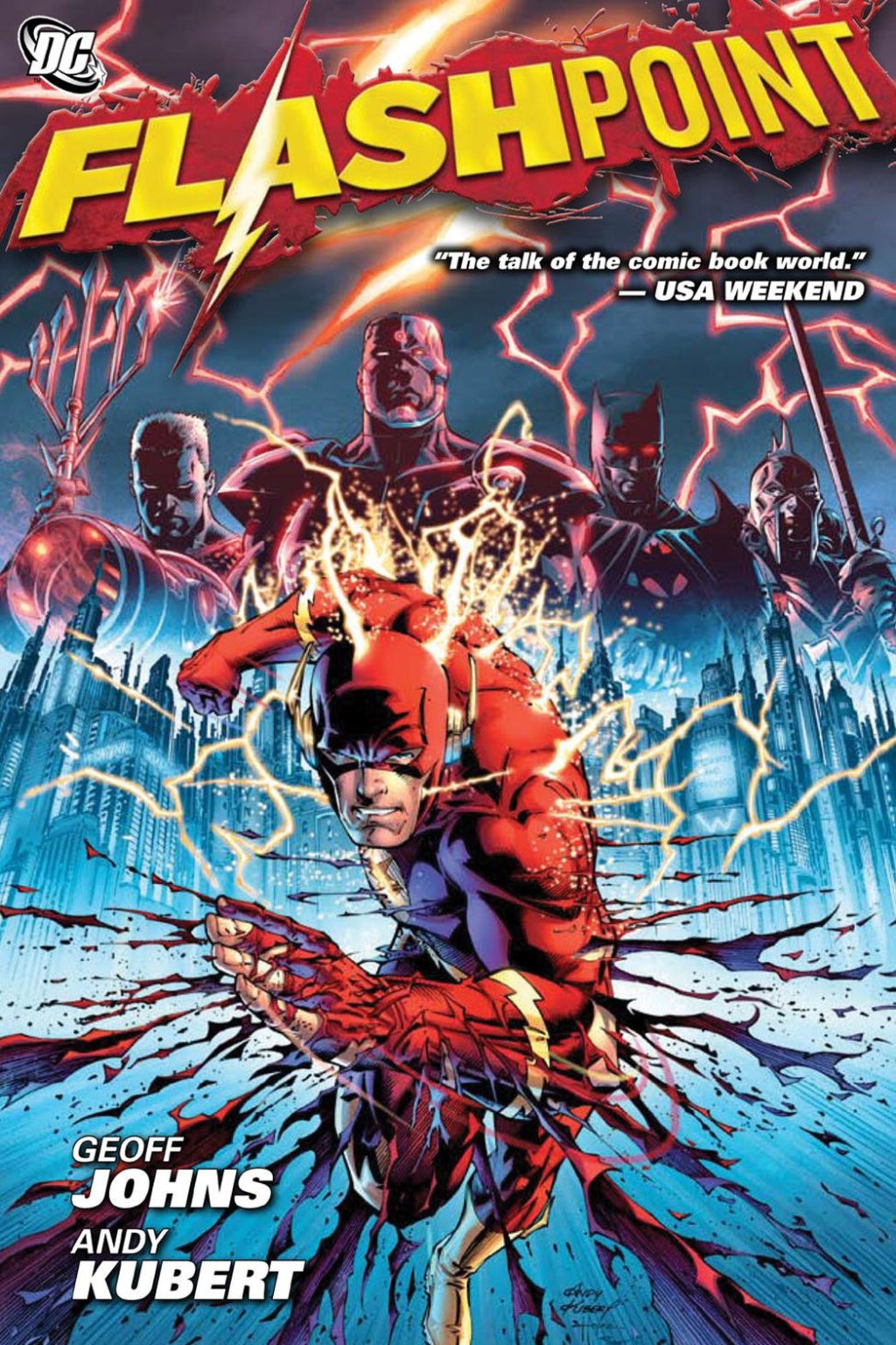 Such a movie wouldn’t just allow for actors like Jason Momoa and Gal Gadot to play against their established DC roles (The Flashpoint Wonder Woman and Aquaman are essentially at war with humanity in their own ways, and far more violent characters), if it followed the course of the comic storyline, it would allow Jeffrey Dean Morgan to return as Bruce Wayne’s father, Thomas — a character who, in Flashpoint‘s timeline, becomes the Batman when his son is murdered by a mugger in an alleyway.

Some might argue that the concept of Flashpoint comes a little too early in the DC Extended Universe timeline — as one Twitter user snarked, don’t you have to actually have a universe before you rewrite it? — but it offers multiple benefits for filmmakers, and the larger DC franchise, if they chose to embrace it: a movie filled with Easter Eggs, in-jokes and hints of things that might come for the hard-core DC faithful; a change for the Flash to get into the spotlight, removed from his Justice League teammates that feels organic to the story and doesn’t have audiences asking why Wonder Woman or Batman don’t help out every couple of minutes, and — in case there’s any reason to do such a thing — an explanation for any cast changes, continuity rewrites or repositioning of the larger universe moving forward, courtesy of literally rewriting history.

Flash Point could be the answer to all of Warner Bros’ problems with the larger DC cinematic universe…if it’s looking for one.