Florence Henderson was known for playing the lovable matriarch on the 1970s ABC series The Brady Bunch, but the actress, who died Nov.?24 of heart failure at age 82, had a much bigger range, says director Srikant Chellappa. He cast her as an accidental killer in Grandmothers Murder Club, her final film (which is now seeking a distributor). He spoke to THR about working with her on the movie, also starring Pam Grier and Judge Reinhold, which shot in the St. Louis area in 2015.

“Grandmothers Murder Club is a dark comedy about four church-going Southern old ladies who are conned out of a house by one of their son-in-laws. Florence’s character is the lead protagonist, who ends up accidentally killing him. I was looking for someone who had had a successful career but would play a different role that they were known for in the past.” 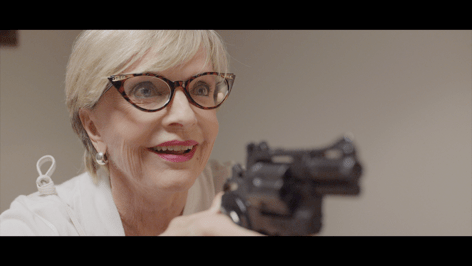 “This was the antithesis to her role in The Brady Brunch. She signed on right away. On set, I noticed that she had this ability to put everyone around her at ease. We were shooting in St. Louis, and a lot of my team had never worked with big actors before, so they were a little intimidated when we cast Florence and Pam Grier. But she just put everyone at ease. She took care of everyone on set, buying them food. She took all the PAs out to lunch. She loved spicy food and would always bring back Thai food for everyone.” 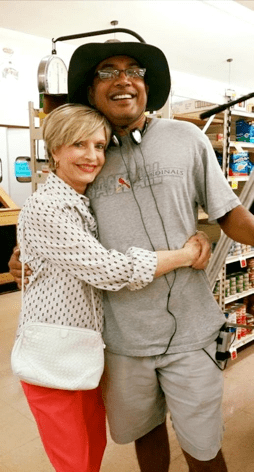 “I remember when my producer Daniel Byington went to pick her up from the airport, he asked her, ‘Which carousel is your baggage in?’ and she just looked at him straight in the eyes and told him, ‘We just met. Why are you bringing up my old baggage? I didn’t ask about your baggage.’ She was funny, and had that ability with situational comedy. She would make raunchy jokes on set, which is not something we expected.

“After having her on the set, I have to say that I was surprised that she wasn’t in more films with different roles and different characters. She has the range. She was in a few made-for-TV films, but they didn’t do her justice. I feel sad that she did not get the range of material that she deserved.”

'Dancing With the Stars' Cast Pays Tribute to Florence Henderson