Thirty years after entering Sin City, creator Frank Miller is still finding new alleys to explore. The comic book creator is launching a series of 11 NFTs based on the popular crime comic, which will go up for auction starting Sept. 29.

Sin City debuted in the pages of Dark Horse Comics in 1991 with “The Hard Goodbye,” the tale of ex-con Marv who spends the night with a woman named Goldie, who ends up dead, putting Marv on the hunt for her killer. Miller has re-created and reinterpreted the work over the years, co-directing the 2005 hit movie Sin City with Robert Rodriguez.

Miller still has fond memories of seeing Marv come to life on set, “when Mickey Rourke first showed up in the makeup, lurching along.” Now, one of the centerpieces of his NFT collection is a crystalline Marv (below), which gave Miller yet another way to reinterpret the character. One thousand of those Marvs will be available as NFTs, all of which were created in partnership with Gala Labs and Concept Art House. 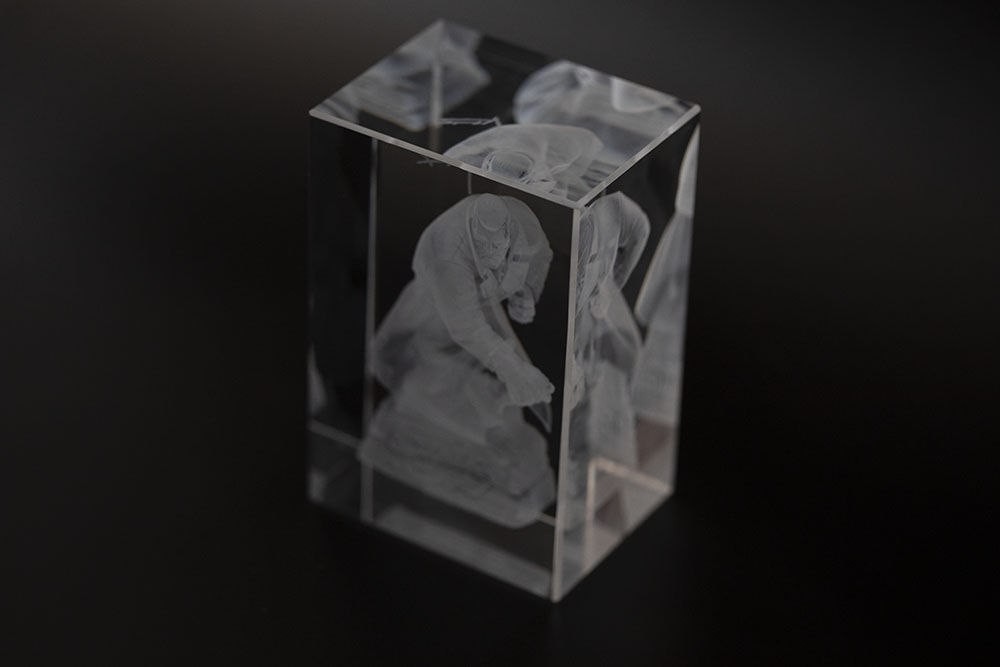 “With some toys in the past I’ve experienced this, but never quite so intensely as now — having drawings reappear as these beautiful solid crystalline plastic monstrosities that feel as drawn as my drawings,” Miller tells The Hollywood Reporter.

In addition to the Marv NFT, one NFT piece will be a personal drawing done by Miller for the winner and will include a NFT video. The others be digitally enhanced pieces with movement and sound.

The NFT boom comes at a fascinating time for name-brand comic book creators such as Miller, who are cashing in with new mediums. Substack, the subscription newsletter service, is making a play in the comic space by enlisting top Marvel and DC writers, while fan-favorite Batman scribe Scott Snyder has inked an sweeping deal with Comixology, the Amazon-owned digital service, to create digital comics.

While Miller he is enthusiastic about NFTs, he has no interest in signing a digital deal for comics.

“My attitude toward that has long been if you are going to do a digital comic, why not just do it animation?” says Miller, who adds that he has lived through multiple downturns in the industry, only to see it rebound. “I don’t believe print is anywhere near dead.”

Miller, also known for The Dark Knight Returns and Marvel’s Daredevil, would be open to collaborating with Marvel or DC on an NFT.

“I love those characters,” says Miller. “DC knows that I haven’t closed those doors.”

More information on the auction and the partnership with Gala Labs and Concept Art House is available here.