With two straight years of all-white acting nominees hanging like an albatross around the 2016 Academy Awards, producers of the telecast that year went to lengths to show that the Academy could take the heat, inviting Chris Rock as host not just to address the controversy directly but also to skewer the industry’s long-standing failure to diversify. And he didn’t disappoint, ridiculing the ceremony as the “White People’s Choice Awards,” diagnosing Hollywood as “sorority racist” and generally laying out the sad state of diversity in show business.

And yet, for all the catharsis and validation that the airing of grievances was intended to provide, to one specific community, the #OscarsSoWhite Oscars is still remembered for one thing: three silent Asian children in tuxedos onstage, standing in as the PricewaterhouseCoopers accountants who tabulate the results (because Asians are good at math, get it?) and also moonlight as iPhone sweatshop workers. (Elsewhere in the telecast, presenter Sacha Baron Cohen went rogue with a joke about “hard-working yellow people with tiny dongs — you know, the Minions.”)

That a night so painstakingly dedicated to racial wokeness would ignore the Asian contingent for all but a lazy sight gag outraged the community, and to those inside the industry, it was a wake-up call that told Asian Americans exactly where they stood: This is the closest you’ll ever get to the Oscars stage. 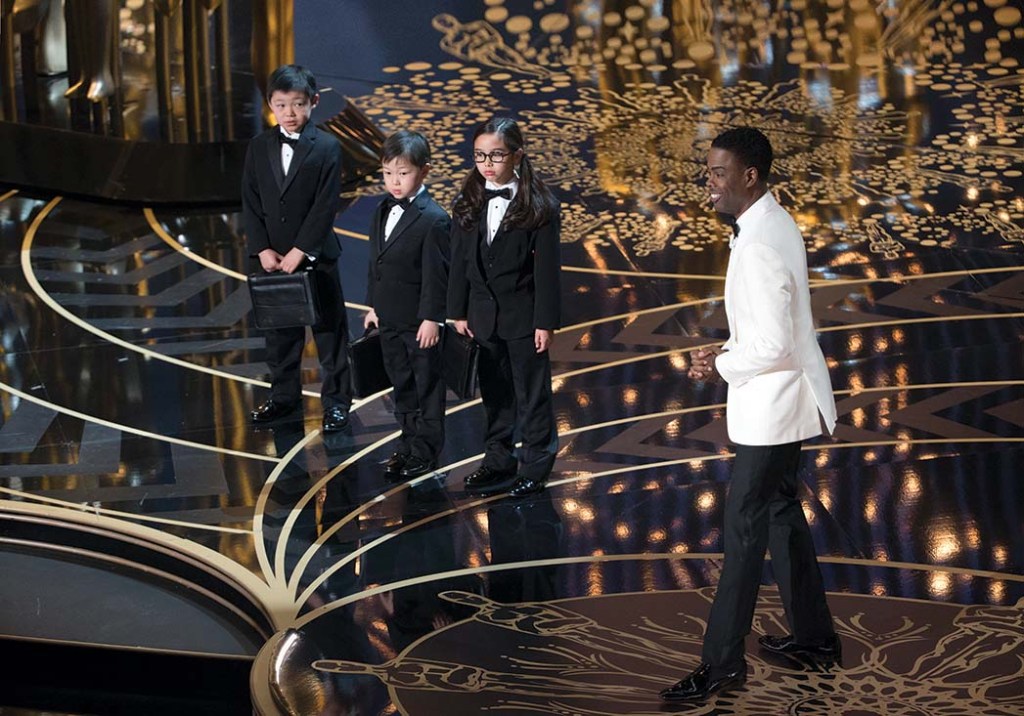 Fast-forward five years: Minari, a drama about a Korean immigrant family in America, is up for six Academy Awards, including, crucially, two for acting. Two of the five nominees in both the best actor and best director categories are of Asian descent, with the latter race all but assured to go to a Chinese woman, Nomadland‘s Chloé Zhao.

To an uninformed observer, the leap from punchline to contenders might seem like a fluke, but the overdue awards recognition (which includes Parasite and The Farewell last season) is simply a high-profile manifestation of how Asian American presence in the industry has changed. Representation in pop culture has increased from one milestone every couple of decades (25 years between The Joy Luck Club and Crazy Rich Asians; 21 between the broadcast premieres of Margaret Cho’s All-American Girl and Fresh Off the Boat) to, well, a handful of major projects in film and TV each year. But more significant is the interdisciplinary coalition of Asian Americans behind the scenes who are finding strength in numbers and making their collective voice heard. And, ironically, they have that racist Oscar joke to thank for bringing them together.

“Sometimes you need this galvanizing force,” says producer Janet Yang, recalling the shock of hearing the jokes and their implication that Asians were considered such a nonfactor in the conversation. She had contemplated submitting an op-ed to the L.A. Times, but then she got a call from a fellow Asian Academy member — either documentarians Freida Mock or Arthur Dong, or publicist David Magdael, or short films and animation branch member Chris Tashima — looking to identify and corral others into taking action together.

Up till then, “we were so buried in our own things and had not really thought too much about how the Asian American community could have an impact on the industry,” says Yang, whose credits include The Joy Luck Club and Netflix’s Over the Moon. “We all went on this massive reconnaissance trip to call people, and we found there were so many more than I was aware of.” Two weeks later, 25 of them — including prominent members like Oscar winner Ang Lee and George Takei — signed a joint letter condemning the incident to Academy leadership that yielded an apology and an audience with CEO Dawn Hudson.

Says actors branch member Sandra Oh, who spoke at that meeting: “I felt outraged and disappointed. This was such an enormous world stage, and to be completely racistly insulted by the Academy, the show and the people who wrote the joke was infuriating and painful. I know people have their best intentions, but it’s all of our work to keep pressing.”

It was the first time the Academy’s Asian members had formed a unified identity, much less taken a unified action to demand a seat at the table. “That moment five years ago, when a group of us came together, was a real turning point,” says Yang, who subsequently was put on the A2020 committee to diversify membership, made a governor-at-large and elected to chair its membership and governance committee. Yang and other Academy veterans also began hosting annual receptions to celebrate new members of Asian descent. “It’s really just network building,” she says. “It’s what white boys have been doing forever — helping each other.”

As in the Academy, Asian Americans across the entertainment industry are finally reaching a minimum benchmark for progress: in numbers, in individual power and, most important, in their leverage as a community. “It’s relatively recent that there is a critical mass of senior people just knowing each other, trading notes and being helpful to each other,” says Coalition of Asian Pacifics in Entertainment (CAPE) board chair Sanjay Sharma, a veteran media exec who is the founder and CEO of Marginal Mediaworks. “We’re trying to foster a culture of ecosystem building.”

Never before has an Asian American collective in Hollywood existed at this scale and with this level of intentionality. Manager-producers Theresa Kang-Lowe (Blue Marble Pictures) and Bash Naran (Writ Large) started their careers roughly a decade apart, but early on both found a paucity of industry peers and mentors who shared their background, despite their best efforts to locate them; Naran would even search for and message South Asian producers and executives on LinkedIn. In some cases, those who had proverbially made it — usually the only Asian American or person of color at their companies to do so — were hesitant to mix their cultural and professional identities. “Even in 2015, I feared telling hyper-specific cultural stories because I felt like I could be rejected for those ideas,” Naran says.

Eventually Kang-Lowe (who was one of the first Asian American agents to make partner at WME) became part of a small tribe of producers, representatives and executives who regularly would grab dinner in Koreatown to talk shop, and such gatherings have grown in scale and scope — encompassing leaders from other sectors, like fashion and politics — over the past decade. This social proliferation has generated a new level of collaboration. “When you meet another Asian American, they can become your sister or brother very quickly, if you’re on the same page,” Kang-Lowe says, noting the rapid bond she formed with fellow former WME agent Phillip Sun, who last summer co-founded management firm M88 to focus on representing what he calls the global new majority. “There’s a shorthand that accelerates conversation and productivity in business.” 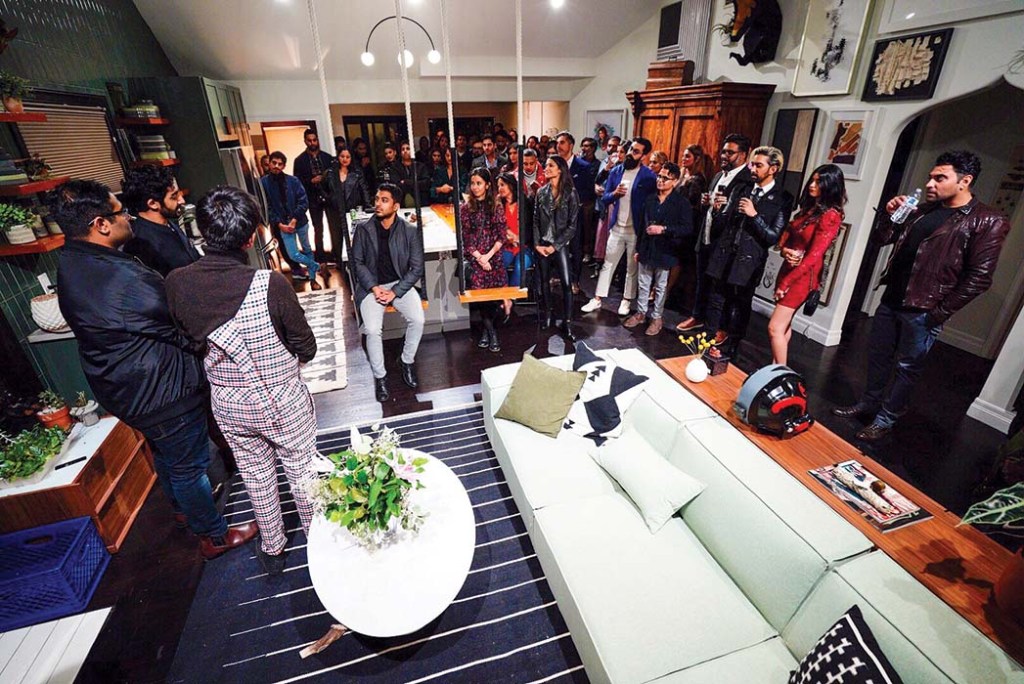 That’s what happened to Naran at a birthday party in April 2019, when he spotted actor Vinny Chhibber across the room. “We were the only two South Asian people there, and we bulleted toward one another,” Naran says. The two spent all night talking and realized they shared the same vision of building the South Asian Hollywood community they couldn’t already find. Together with actor Nik Dodani, they founded The Salon, which before the pandemic consisted of dinner parties where the goal was simply to connect. “Nobody sat down to network per se. People sat down to talk about their journeys, their struggles, their dating lives,” says Naran, adding that once friendships were made, the deals, hires, financing pacts and other collaborations followed, as did a desire to “create a ladder for success for the next generation.” Last summer, The Salon launched an ambitious five-track mentorship program for aspiring South Asian writers, actors, producers, directors and executives, led by Disney Branded TV senior vp Reena Singh and Hillman Grad president Rishi Rajani.

With more agents of change moving up into places of power where they can help identify talent, acquire IP and greenlight projects, came strategy to ensure those projects are properly supported. In July 2017, a group of Asian American entertainment and tech leaders met at the CAA offices to hatch a plan that became Gold House, the nonprofit dedicated to leveraging capital and other assets across industries to boost the Asian American and Pacific Islander diaspora. Its co-founders include several leaders from the tech and venture capital worlds who played to their expertise in incubating startups to quickly establish the collective’s bona fides in selected high-impact fields, including entertainment. “Everyone [else] was saying, ‘Let’s build a content platform,'” says co-founder and chairman Bing Chen. “Actually, in Economics 101, you prove there’s demand for a market, and then supply catalytically grows.” So one of Gold House’s first initiatives (in partnership with CAPE) was Gold Open, an ongoing campaign to ensure — through organizing theater buyouts and other means — that AAPI films perform well on opening weekend.

“That level of education [among the general Asian American public] wasn’t around five years ago,” says CAPE executive director Michelle Sugihara, who also notes that the AAPI audience is finally being heard — and taken seriously by the studios: “There’s a broader awareness of the issues, and our community is very active on social media, and that is where we can take some of these conversations.”

As CAPE marks its 30th anniversary this year, the organization — as well as the broader, informal coalition of AAPIs in entertainment — is looking to be inclusive of the diaspora as the community matures and grows in power. “We’re not a monolith, we’re an umbrella,” Sugihara says of the identity that counts dozens of ethnicities and hundreds if not thousands of languages and dialects.

“Incumbent power loves fragmentation,” adds Sharma, and that’s one of many reasons why beneath individual official bodies like CAPE, Gold House and The Salon is a vast, interconnected network of people embedded throughout the industry who, as they form bonds and amass strength, are looking to help uplift other marginalized groups. Asian American industry organizers are all quick to credit coalition-building among Black Hollywood as a model and inspiration, and there are conversations about how to apply lessons learned to empower the Latino diaspora next.

“I did not think I would see this in my lifetime,” says Yang, the 30-plus-year industry veteran who has watched many hoped-for movements turn out to be mere moments. Although all the community members caution that an Oscar or two will hardly eradicate the complex inclusion issues Asian Americans face in the industry, when taking everything into account, there is more optimism than ever before. “You put a bunch of Asian people in a room,” Naran says, “and we’re going to take over this town.” 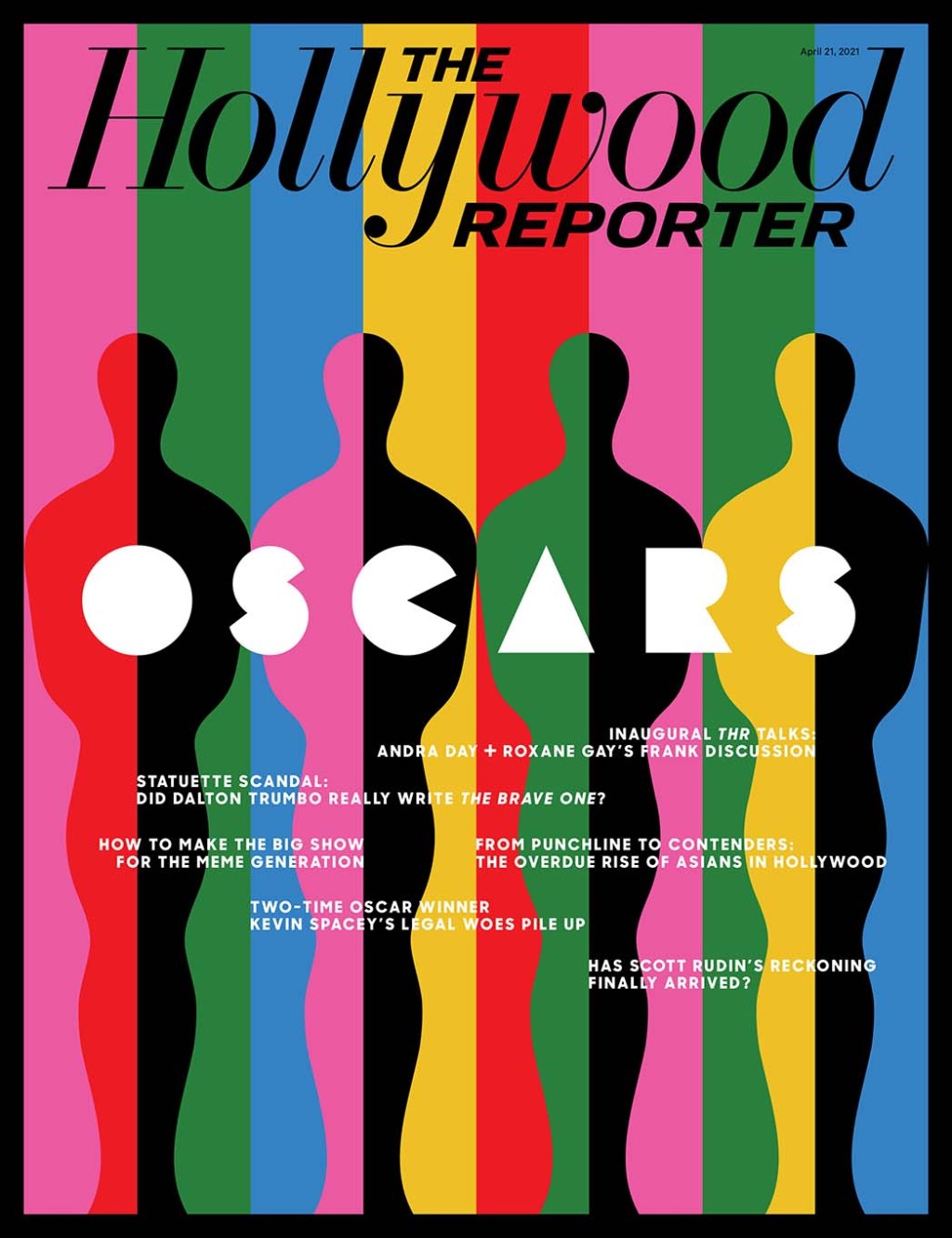