In the Australian horror film Relic (IFC Films), a befuddled elderly woman starts attacking her family while her body crumbles before our eyes. Her bones snap and gouge her skin. Her flesh rots and grays, peeling off in oozing flaps. When she can no longer walk, she scuttles on her hands and knees in pursuit. She hunts her daughter (Emily Mortimer) and granddaughter (Bella Heathcote) through their pitch-dark house, unable to recognize them as she chokes and maims them. “It’s not her anymore,” the daughter whispers. Edna (Robyn Nevin) has become a monster.

Relic literalizes elder deterioration. Throughout, Edna appears to be slipping into dementia — she goes missing, snaps at her relatives, locks a child in a closet — but her psychological decay soon bleeds into body horror. Still, Natalie Erika James’ film is as moving as it is frightening, as we watch Mortimer and Heathcote eventually soothe this helplessly feeble and mummified creature. 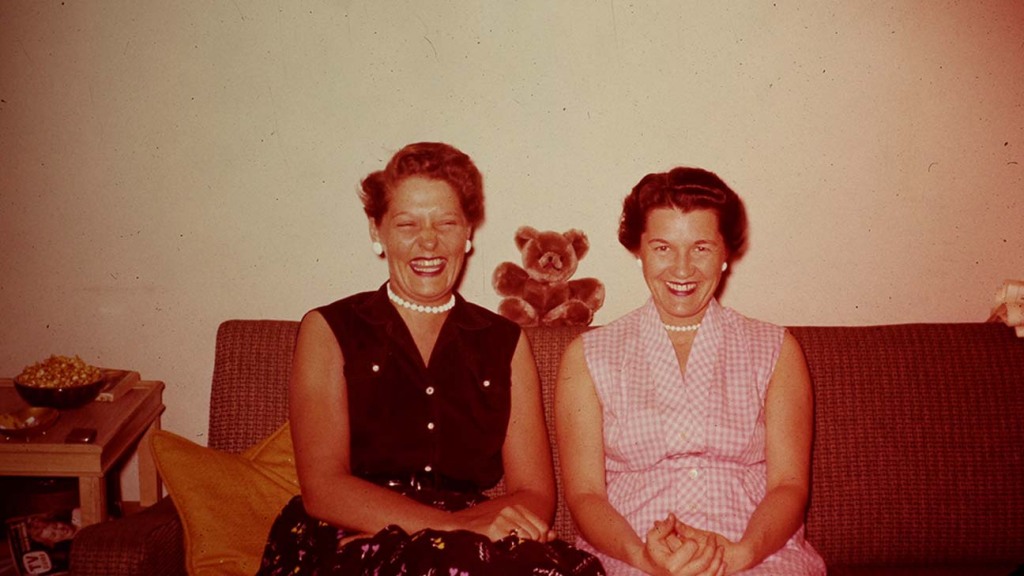 Relic is among several films this year that twist genre to explore themes of dementia and elder decline. The Netflix documentaries Dick Johnson Is Dead and A Secret Love both chronicle gerontological care through comic and romantic lenses. Coming-of-age dramatic comedy Minari (A24) navigates the emotional turbulence of degeneration, and family drama The Father (Sony Pictures Classics) presents Alzheimer’s in the form of a surreal thriller. Stories of gradual loss resonate universally but feel particularly potent during a year when protecting the health and safety of the senior population remains paramount.

In the spring, my close friend’s father died from COVID-19 after spending a week in the ICU. Observing a vibrant older man suddenly hobbled by illness was crushing enough for his family, but it was worse yet for them to see him succumb to delirium. For the last few days of his life, he could barely recognize his own wife and children. They are still reeling from his loss.

I thought of them while watching The Father and Minari, two films that investigate the terrors of witnessing a beloved elder lose their faculties. Florian Zeller’s The Father, based on his own play, takes place in a London apartment as an aging man (Anthony Hopkins) faces the chilling confusion of his encroaching dementia. Structured to mimic his state of flux, the film’s fluid editing and camerawork whoosh us from scene to scene as characters shift bodies and time leaps decades. His daughter (Olivia Colman) struggles to adapt to his dilapidation, unsure of how to care for him long-term or respond to his moods.

Issues of caretaking also arise during Lee Isaac Chung’s semiautobiographical tragicomedy Minari. The 1980s-set film stars Steven Yeun and Han Ye-ri as Jacob and Monica, an immigrant couple who relocate their children to Arkansas to start a farm. Monica’s elderly mother soon joins them from Korea and disrupts the fragile household — for the better. Soon-ja (Youn Yuh-jung) is sly and unrefined, her taste for Mountain Dew, potty humor and professional wrestling instantly endearing her to her skeptical 7-year-old grandson, David. Her levity briefly alleviates the tension between David’s parents, but after a stroke debilitates Soon-ja, the family’s fate in Arkansas is brought into question. Youn and Hopkins have already won awards for these powerful performances.

Films surveying old age can be at once painful and healing. An ode to her sparklingly gentle father — a former doctor who lost his wife to Alzheimer’s and is now in the early stages of dementia himself — Kirsten Johnson’s antic documentary Dick Johnson Is Dead plays with themes of prolonged grief. As a bonding exercise, she teams up with her dad to stage several “accidents” that are so violent and abrupt, you can’t help but laugh along with the Johnsons’ gallows humor. As Johnson narrates, seeing her father pretend to gruesomely die over and over helps her accept his inevitable death.

Similarly, Chris Bolan’s A Secret Love remains one of the most tender and resonant films of the year. The documentary recounts the 60-plus-year relationship between the director’s great-aunts Terry Donahue and Pat Henschel, who met and fell in love while playing for the All-American Girls Professional Baseball League in the 1940s. Bolan follows two narratives: An archival footage “past” during which the couple detail their love story, and a cinema vérité “present” where octogenarians Terry and Pat wage a waning battle for independence while Terry’s Parkinson’s disease progresses.

In the past 20 years alone, films exploring elder decline have netted several Oscar, SAG Award and Golden Globe nominations, including Iris (2001), Away From Her (2006), The Savages (2007), The Iron Lady (2011), Amour (2012) and Still Alice (2014). As the novel coronavirus devastates our most vulnerable populations, the films of 2020 corporealize our greatest fears but also offer catharsis along the way.