John Francis Daley and Jonathan Goldstein have been playing for keeps lately.

As screenwriters, the duo earned the biggest hit of their career last year with Sony’s Spider-Man: Homecoming ($880 million). On the directing side, this weekend’s comedy-thriller Game Night is earning them positive reviews, with their strong work on the project propelling them into negotiations with Warner Bros. to direct The Flash.

Game Night stars Jason Bateman and Rachel McAdams as a couple whose regular Saturday night gathering turns into a real-life murder mystery. There are a number of standout performances — including Jesse Plemons as one of cinema’s strangest neighbors ever — as well as new levels of action for the directors, previously known for helming the 2015 Vacation reboot and penning two Horrible Bosses features.

In a conversation with Heat Vision, the pair discuss accidentally scouting a house in Atlanta that was already used in Spider-Man: Homecoming, the state of the R-rated comedy and what they would bring to a movie about DC’s The Flash, should that come to fruition.

What did you bring forward from your experience on 2015’s Vacation reboot, which unlike Game Night, struggled to excite critics?

John Francis Daley: We learned from all of our mistakes [laughs]. It’s a very different film with a very different tone and we wanted to put the focus on things that were not the same as the focus we put on Vacation. In some ways it’s very liberating, because we kind of had to adhere to a tone that had already been established in the Vacation franchise, whereas with this film, it’s a wholly original piece and so we got to kind of put our stamp on it in a way that we weren’t able before.

How do you make sure the laughs are landing in a scene where you also have to direct action and explosions?

Jonathan Goldstein: We really wanted to try and straddle genres. We really saw an opportunity with this one that wasn’t just a straight ahead comedy but also to lean into the thriller aspects of it. The Jesse Plemons character is the perfect opportunity for that weirdness to sort of let him be a very strange character that almost feels like he walked out of a drama and plunk him down in the middle of a world that is primarily comedic. With all of our actors, we tried to be as grounded as we could and not necessarily go for the big laugh or broad performance. We wanted it to feel like a real world in which crazy things happen.

Daley: It was a conscious decision on our part to try to create a sense of unease with the audience, and that was in our approach with even the camera work. We tried to keep it sort of mechanical and soulless so that we don’t give the audience the benefit of having a cameraman there in the scenes where we are supposed to be kind of freaked out. And just in the lighting. Honestly, we weren’t entirely sure if it was going to work, because it was kind of a new way to approach a comedy, but fortunately it only served to amplify the comedy because I think that level of discomfort that you get from those choices serves to make people relieved when there is a joke, because it was kind of see-sawing back and forth between those two feelings.

If successful, do you see this as potentially having a sequel?

Daley: New Line keeps joking about a spinoff with Jesse Plemons‘ character because it’s such a rich and layered character. But I don’t know. We would absolutely want to do another film of this ilk again, I don’t know if it would be a sequel per se. But just straddling the thriller-comedy space I think was incredibly satisfying for us.

Goldstein: And also, hopefully it will be something fresh and different for audiences. I think there’s a certain amount of fatigue with the standard R-rated comedy, which relies on gross-out jokes and just constant chaos. And this is something you don’t get to see every day. It really is without a lot of precedents. There are certainly movies you can point to, like Sidney Lumet’s Death Trap, which is a combination of comedy and thriller, but it’s a relatively rare bird.

Daley: It’s hard to pull off. It’s a lot more work, because comedy in itself is I think one of the hardest genres to resonate with audiences because it’s entirely subjective, and it takes a certain amount of magic. In the timing and in the delivery and so to have to tackle that as well as a very technical filmmaking approach, I think is almost too much of a burden because it could come at the detriment of the comedy itself. We were very conscious of that.

Was Game Night after you wrote Spider-Man?

Daley: We were kind of working on this as Spider-Man was gearing up to be released. What’s funny is there is a house in it, when we were scouting in Atlanta where we shot and they shot Spider-Man as well. This modern house we wanted to shoot at, and we got there and realized that it was in the film. Michael Keaton’s character —

Goldstein: — We texted [Spider-Man director] Jon Watts and were like, “Did you use this in Spider-Man?” “Yep.” That’s the one drawback of Atlanta. Atlanta is becoming film central, so you run into the same location.

Has the success of Spider-Man translated into greater career cachet for you?

Daley: It has allowed us to veer away from strictly comedies, which I think was always the intention for us, because you want to just challenge yourself with new and unique opportunities. So it really did open the door for other genres.

Goldstein: We are writing a project and producing a project for Brian Robbins at Paramount right now, which is a big Jurassic Park-style family adventure movie [Vacation Guide to the Solar System] set in our solar system. I don’t know if we would have been the first people thought of for that job had we not done Spider-Man.

If you were to direct a Flash movie, what would you bring to it? It seems like between the tone of Spider-Man: Homecoming and Game Night, it could fit well with the characters.

Daley: In the same way that we have tried to take the multi-genre approach to our past films, including Spider-Man, which was as much a teen dramedy as it was a superhero film, and obviously the two genres of Game Night, we want to put our voice into The Flash as well. … And just the fact that he has such a unique and youthful voice, too, is appealing to us. In that he isn’t a seasoned professional superhero like Superman or Batman. There’s something fun in someone is still figuring out their voice.

Goldstein: We’d be very excited if this does come to pass. We’ve been big fans of The Flash since were kids. I collected the comic books, and any time you get to be a part of something as historically significant as The Flash is pretty exciting. 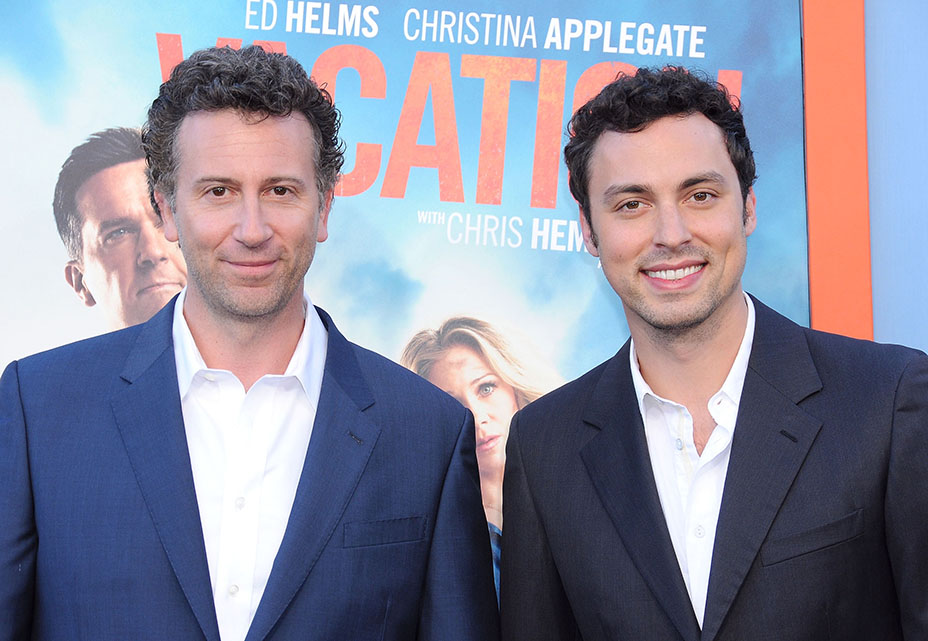