Continue to The Hollywood Reporter SKIP AD
You will be redirected back to your article in seconds
Skip to main content
February 24, 2018 6:30am
Logo text

It’s game on for Billy Magnussen.

The Game Night star is enjoying opening weekend for the comedy-thriller, which has been getting good reviews for the film about a couple (Jason Bateman and Rachel McAdams) whose regular Saturday night gathering turns into a real-life murder mystery.

Magnussen plays Ryan, a shallow friend of theirs who brings a different date to game night every week and is more concerned with looks than an actual connection. He finally wises up and brings a smart co-worker, Sarah (Sharon Horgan), to game night in hopes of actually having a partner who can help him win, but unfortunately for her, the evening turns quite dangerous.

In a conversation with Heat Vision, Magnussen discusses the moments on set he couldn’t stop laughing as well as looks at his work in Guy Ritchie’s upcoming Aladdin and news that his Game Night directors John Francis Daley and Jonathan Goldstein are next in line to direct DC’s The Flash.

You played famous house guest Kato Kaelin in the People v. O.J. Simpson, another person with a public persona that is vapid, but there’s something likable about him. Did you think about Kato at all with your Game Night character Ryan?

I wouldn’t compare that to Ryan at all in this sense. Kato — there’s so much stuff about him and he seems like a guy just trying to make it through this world his own way. And I tried to kind of show that through that performance, because there was so much media or stuff on the internet or books that I’ve read about him. I enjoyed that, the whole [People v. O.J. Simpson executive producer] Ryan Murphy thing. So I think they’re two different guys. [Game Night‘s] Ryan this type of guy that actually just enjoys his days, and he genuinely loves his friends. He’s just very inarticulate in how he tells it.

Who cracked you up most on set?

All of them. This film was so difficult to shoot because everyone was laughing the whole time. You know like when the teacher is up in class and she’s writing on the chalkboard, and you make eye contact with your friend across the class, and you can’t stop laughing and you try to hold it in and it hurts? And you have to pee a little because it hurts so much? That’s how shooting this whole film was. It was so hard to keep a straight face.

Your Game Night directors are in talks to direct The Flash. What did you see on set that you think they could bring to that?

They kept it about the story. … They helped write Spider-Man: Homecoming. They’re good storytellers, and that’s the most important thing with any project is just to tell the story. This is a story about friends coming together and you just have the thriller aspect with the comedy aspect.

What kind of stories are you attracted to?

You play a new character in Guy Ritchie’s Aladdin. What did you learn from that set?

Given your directors doing The Flash, do you have an interest in being in a superhero movie?

Are you kidding me? Of course! If I could wear spandex and have a superpower. When Black Mirror had their audition for it, they were like, “Hey, so they want you to be a corny space villain.” I was like, “sign me freaking up. I’m down, I’m down whatever you need. How much do I pay you to do this?” 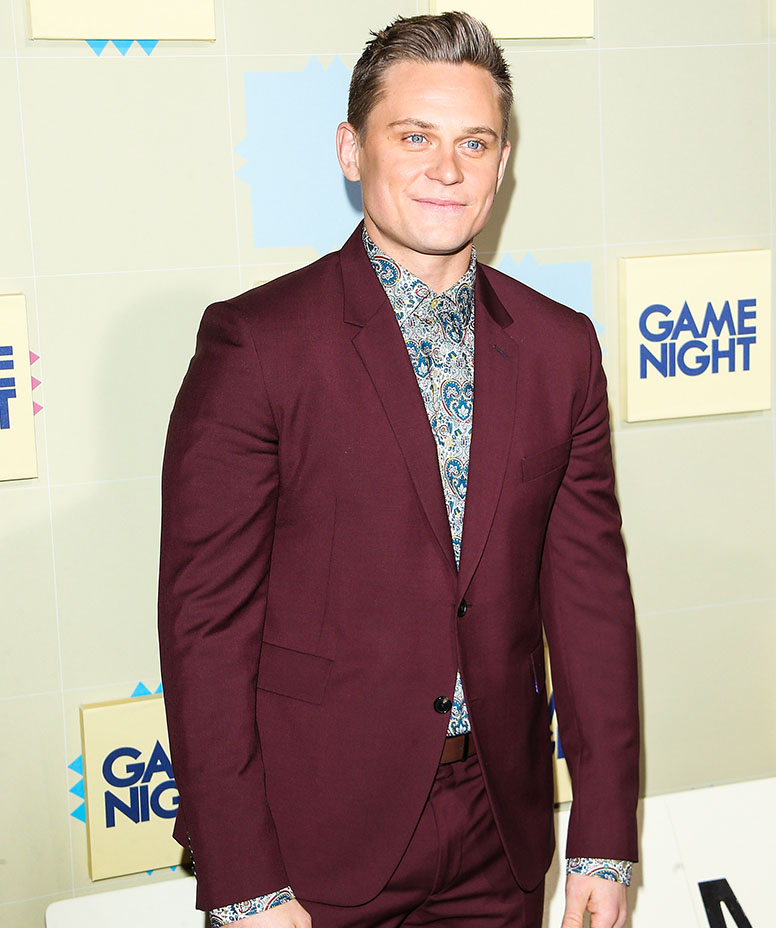 'Game Night' Directors Had a 'Spider-Man' Flashback in Atlanta