The L.A.-based E3 Expo attracts more press attention, but for the wider gaming world, Gamescom, the electronic entertainment fair that runs Aug. 20-24 in Cologne, Germany, is as big a deal, if not bigger.

While E3 is all about the biggest new AAA game announcements, the German fair is more consumer-oriented, with a game play and upcoming releases in focus. Some 430,000 fans are expected to jam-pack the Cologne convention center for the four-day event.

“It is simply massive in scale and because it’s in late August, just before all the holiday games come out, it’s the perfect opportunity for [the] publisher to let people play their games,” says Games Award creator and producer Geoff Keighley.

For the first time this year, Keighley will host an opening-night event to kick off Gamescom, a two-hour presentation of the latest from the likes of 2K, Electronic Arts, XBox Game Studios, Square Enix, Sega, Sony InteractiveEntertainment and Ubisoft, among others.

The Gamescom opening night will be streamed live — and translated into more than eight local languages — at 11 a.m. PT/2 p.m. ET here.

Death Stranding is one of the big new titles expected to make a splash at Gamescom 2019, alongside Cyberpunk 2077, the long-in-development title from Polish game developer CD Projekt Red, best known for the Witcher series. Keanu Reeves features in the futuristic title, which is partially based on the 1988 role-playing game Cyberpunk 2020. Cyberpunk 2077 is set for an April 16, 2020 release on Xbox One and PlayStation 4, so fans shouldn’t expect a fully playable version at Gamescom this year. But Bandai Namco, which is distributing the title in Europe, will be presenting it to press behind closed doors in Cologne. 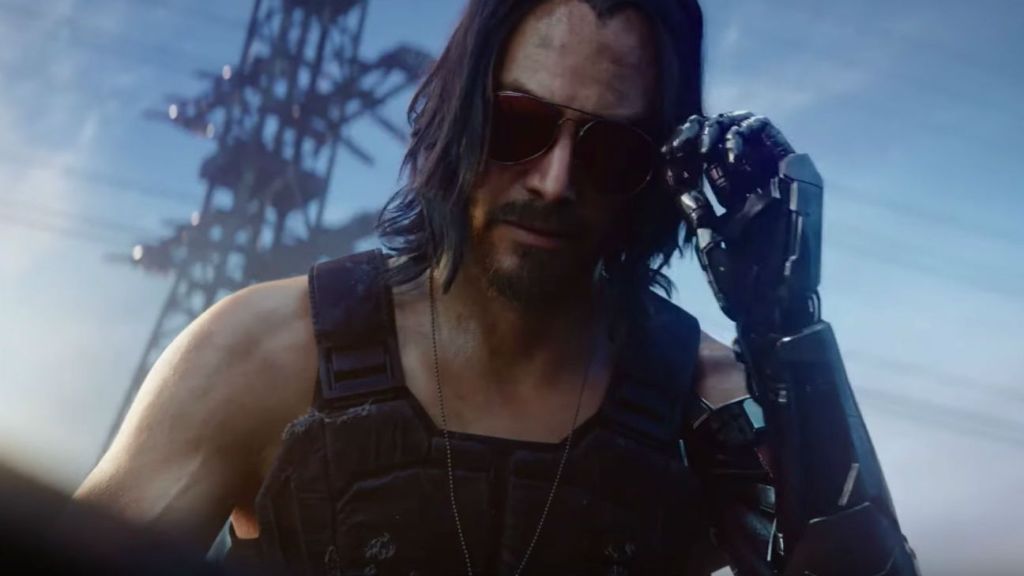 Death Stranding and Cyberpunk 2077 aside, this year’s Gamescom, Keighley explains, is “all about the big franchises” with new entries in mega-titles, including Need for Speed, Gears of War and Call of Duty being unveiled in Cologne. “We’ll have all the big holiday titles,” says Keighley of the Opening Night event. Marvel fans will be eager to test out the gameplay on Square Enix and Crystal Dynamics’s Marvel’s Avengers title, one of the highlights of this year’s E3.

Both Nintendo and XBox will hold their own press conferences, ahead of the opening-night event, and are expected to announce news of their upcoming titles. Nintendo’s Indie World Showcase will stream at 6 a.m. PT/9 a.m. PT on Nintendo’s website and YouTube, with the focus expected to be on indie games coming to the Nintendo Switch platform.

The XBox presentation can be watched live from 8 a.m. PT/11 a.m. ET on Xbox.com, YouTube, Twitch, Facebook, Twitter and Mixer, and will include trailers, gameplay and more information on such AAA titles as Tom Clancy’s Ghost Recon Breakpoint, The Surge 2 and Gears 5. Alongside the games, Microsoft is expected to announce news related to its Xbox Game Pass program.

The future of gaming, in the form of online streaming services, will also be in focus, with Google expected to reveal more details of its upcoming Stadia Connect service, including features, playable games and technical requirements. Google will stream a live press conference from Gamescom on Monday, at 10 a.m. PT/1 p.m. ET on YouTube.

“Streaming is the next big thing for gaming,” says Keighley, pointing to XBox’s Project xCloud and PlayStation’s PlayStation Now services. “But I think the new technology will take time to be adopted. Gamers are very competitive and some are concerned if these new services will have the right bandwidth to allow them to be competitive.”

Long-term, however, Keighley sees streaming as part of an overall trend toward “lowering the barriers to entry” for the gaming industry. He points to the global success of Fortnite as proof that making gaming easier and more accessible expands the industry’s reach.

“When you no longer have to pay $60 for a game, or buy an expensive console, when it’s easier to invite your friends, you see the audience for gaming expand,” he says. Keighley points to the success of Gamescom itself, which he compares to a music festival. “You have the Gamescom camp, which is literally a massive campsite with gamers, men and women of all ages, hanging out on the Rhein celebrating gaming. When I started covering gaming, this was a niche industry. Gaming today the dominant form of entertainment. And it’s only going to grow.”