Whether he’s making action films, horror films, superhero films or, god forbid, screwball comedy films, the only kind of film Gareth Evans wants to make is his kind of film.

If you’ve seen the Raid pics, for instance, a pair of movies so ardently bloody that they’re orchestrated mayhem, then you know what his aesthetic is all about: graphic violence, for sure, violence that begets more violence and to which yet more violence is the only answer, but a kinetic sensibility as well, the feeling that the camera is operating itself rather than being operated by people. Evans’ shooting style emphasizes movement, each sequence brimming with vitality in long, ambulatory takes. That visual language is so ingrained in The Raid that you might expect it wouldn’t translate to another genre, but with Apostle, he’s betting that’s not the case.

“I’m going to keep myself open in terms of genres,” Evans tells The Hollywood Reporter on the subject of his career and his new film, set for release Friday on Netflix. Set in 1905 on an island isolated from mainland England, Apostle follows Thomas Richardson (Dan Stevens) as he sneaks his way onto the isle and into the religious cult that’s built a community upon its rolling hills. His mission is to find and recover his sister from their grasp, though of course nothing is as simple as that, as the island is home to more than just devout cultists.

With Apostle, Evans fastens his propulsive filmmaking to a classic horror niche — the religious cult movie — influenced in part by films like Robin Hardy’s The Wicker Man. It’s not his first foray into horror (see: Safe Haven, his contribution to V/H/S/2 in 2013), but there’s a world of difference between making a short and making a feature, and as much as Safe Haven shares genes with the Raid films, Apostle’s kinship to both is stronger by far, and that comes back to how Evans and his cinematographer, Matt Flannery, deploy their camera. 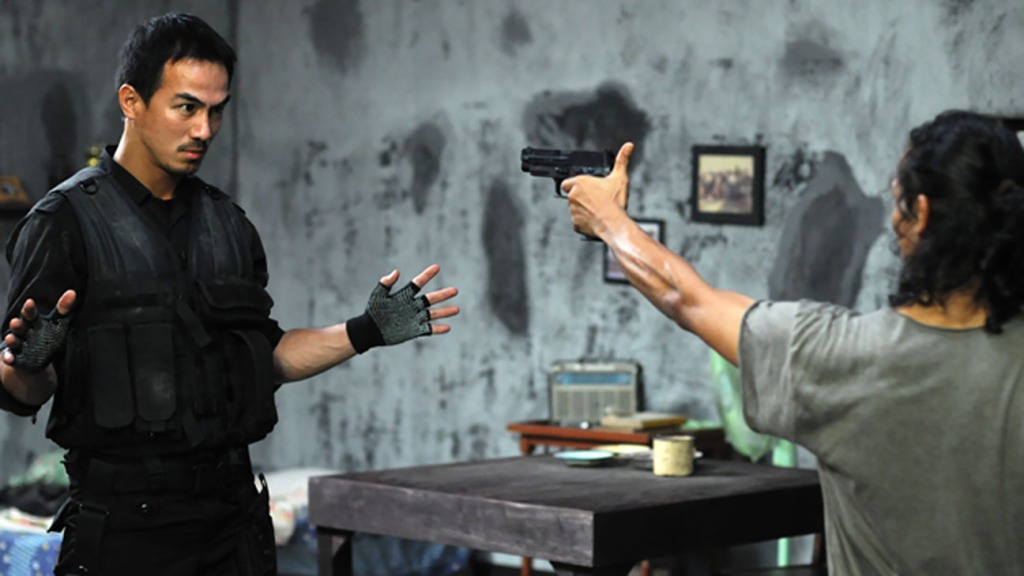 Grant that Apostle’s genre demands a different approach to specific moments; horror and action both adrenalize their audiences, but Evans knew that the tone in Apostle’s set needed to suggest “something that feels very painful on an emotional level, not just on a physical level.” When characters in The Raid or The Raid 2 take a hit, you feel it. When young Jeremy (Bill Milner) runs afoul of the community’s increasingly unhinged second in command, Quinn (Mark Lewis Jones), he ends up strapped to a table, a drill aimed at his skull, and the camera slows down; it feels unmoored as usual, but considerably more calm. “When it came to shooting the sequence like that, we would choose our shots very differently from how we would shoot a normal set piece,” Evans explains. “We went a little bit more classical in terms of composition for that sequence, lots of dolly tracks, lots of bird’s-eye view shots, not as much freneticism.”

The change of pace lends Jeremy’s grim fate a methodical cruelty absent from the trademark ferocity Evans brings to his work. Not that he abandons that quality entirely in Apostle — one quick brawl between Thomas and two spear-wielding guards satisfies the “Evans carnage quota” almost single-handedly — but his priorities in horror greatly vary from his priorities in action. Again, Evans makes an example of poor Jeremy: “And so when it came to what we were doing with our sequence on that table was, I want you to care about that character,” he says. “I want you to care about what could have been for that character and his relationship had he not been on the island. And then I’m going to take that away from you.” Evans’ logic is either barbaric or vicious, but either way, just to hear him walk through his thought process, echoing throughout the whole of Apostle, is to understand the function of horror as a storytelling mode.

None of this should come as a shock: Viciousness is his calling card. If Evans tried his hand at a gentler genre, you’d expect the story at one point or another to circle around to good old-fashioned human malice, if only briefly and in a minor capacity. (Don’t laugh at the idea of Evans making gentle movies — in his own words, he owes his daughter something family-friendly, maybe a musical, but not a comedy: “Comedy,” he admits, “strikes a fear in me like nothing else.” Fair enough.) That vicious streak made him a candidate for Warner Bros. and DC’s Deathstroke stand-alone movie, though there has been no news of Evans’ potential attachment since word spread in 2017. “I had a phone call a long time ago about it. I had a follow-up call where I spoke to [actor] Joe [Manganiello] about it, and really nothing else since,” he says, adding with a laugh, “I saw an awful lot of reporting on it! I saw a lot of articles. But I think wherever the articles came from, they know more about it than I do to be perfectly blunt.” 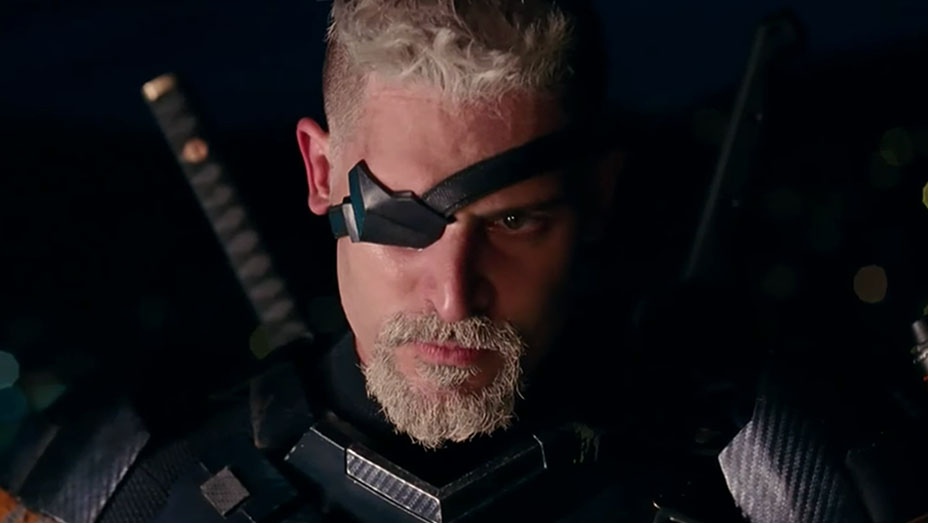 Funny how the trades often seem to know more about films in production than the folks making them. (“Dude, if you hear anything, let me know!,” Evans cracks.) And yet Evans’ treatment of Deathstroke sounds promising, to hear him speak about it: “It was an opportunity for me to do something different from what’s out there at the moment.” Different is good. Different, in this case, is “quite lean, quite mean in that way, and be something that wasn’t afraid to go to some pretty dark places, because that character has some pretty dark history about him,” Evans rattles off. He talks about the framework of Korean noir films, something hard-edged, unforgiving and free of bloat. If you can picture The Raid but with Manganiello kicking ass instead of Iko Uwais, you’ve got the basic outline of how Evans’ Deathstroke might look if the project actually moves ahead.

And if not, we still have what comes next for Evans, be it Gangs of London, a nine-part, 10-hour miniseries he’s making in concert with Sky Atlantic and Cinemax, or Blister, an action movie tentatively tagged for 2019, though it’s likely to land later than that given Gangs of London’s shooting schedule (starting this November through summer of next year). For him, Apostle was an ideal filmmaking experience, a “beautiful opportunity for me to be able to kind of make this film on my own terms, really,” he says. And for Evans’ fans, the pic marries the best of what he’s capable of as a director with traditional genre tones, metastasizing into something as familiar as it is new. Maybe he’ll end up directing that Deathstroke movie. Maybe won’t. But whatever happens, let’s hope that he’s given the freedom to work his way and no one else’s.