One of the great joys of my life is that I got to make A League of Their Own with Tom Hanks. He and Penny Marshall, our director, were friends from doing Big together a few years earlier — but I don’t think I’d met him before we started making the movie. Now, A League of Their Own was rather unusual at the time. Still is, really. Not only was it about a nearly forgotten chapter of history on the homefront during World War II, it was an almost exclusively female ensemble, directed by a woman. Tellingly, I never heard Tom make a single joking remark about how many women he was working with. In my experience, on the very rare occasions where there’s only one man in a group of women — on a panel or something — they always find it necessary to make uncomfortable jokes about it. That’s not Tom. And I don’t think it ever even occurred to us that he was the only guy on the team.

My first impression of Tom was that he’s funny as hell, up for anything and ready to go, at all times. As I’m sure anybody who’s ever worked with Tom would say, he really is just the nicest, most fun person to be around, with the biggest heart. It’s because he loves acting. He loves to work. Now, this is weird to admit, but my goal is for people to say, “Geena’s the nicest person I’ve ever worked with.” But how the hell are you going to compete with Tom Hanks? And I’m not just talking about the cast and the crew adoring him. We made A League of Their Own in Evansville, Indiana, and a lot of the townspeople came out to play fans when we shot the baseball games. They’d dress up in period costumes, sit in the stands and roast in the unrelenting August heat, sometimes for hours at a time. So Tom would take it upon himself to entertain the crowd. He’d put baseball hats on bats and did a little puppet show from behind the dugout, for example, or he’d lead everyone in a cheer: “Give me an E!” 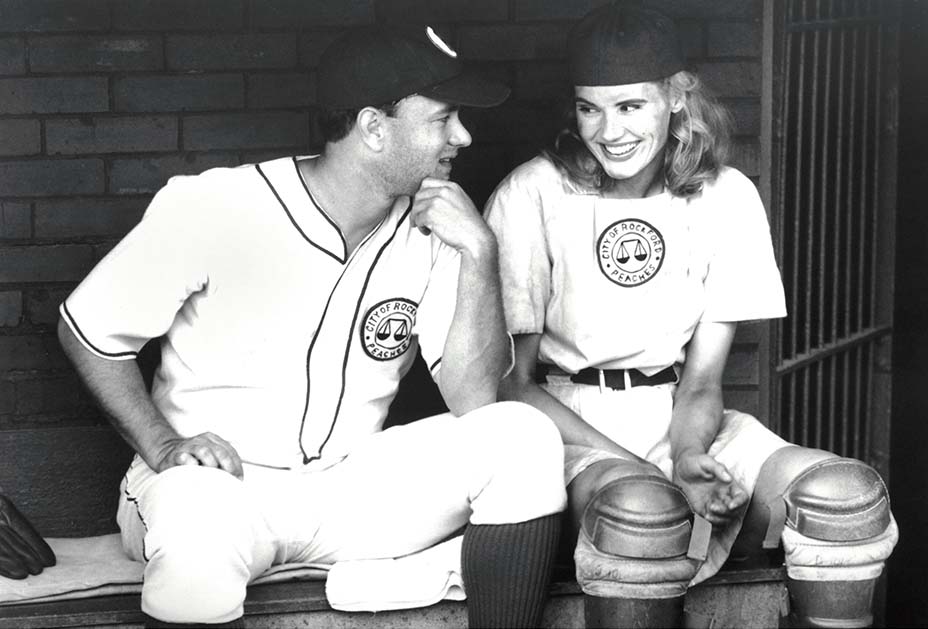 Location shoots can be an intense thing, and it often leads to doing strange stuff together. Pretty much every morning in the makeup trailer, we’d play the Jesus Christ Superstar album. Our long-haired makeup guy played Jesus; Tom played Caiaphas. The ADs would schedule Tom’s time in the trailer to coincide with singing his role. I can’t remember who played Mary Magdalene, but it wasn’t Madonna. (She was in a different makeup trailer, so we didn’t have the advantage of her voice.) Up for anything, that Tom, and so supportive. Not at all unusual to see him grab a glove and play catch with someone who had a small part, for example.

Tom’s talent is unlimited and truly breathtaking when you look at the great variety of characters he’s played throughout his career. And while it might be hard for that kind of success to not go to somebody’s head, I think it would be impossible for anything to dampen Tom’s humanity. No level of fame could impact his innate warmth and generosity. He’s just that guy. 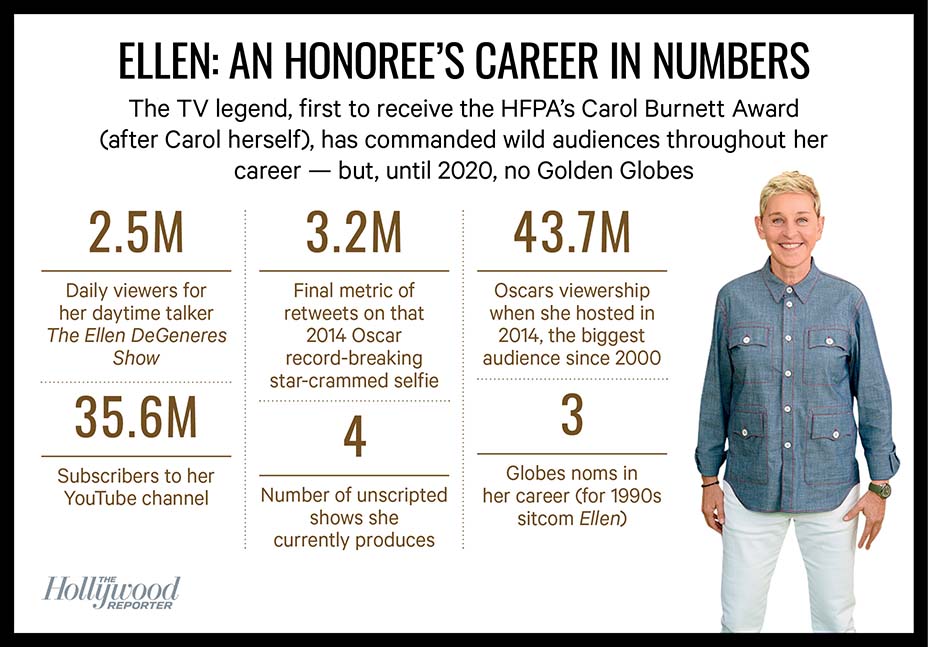 The Golden Globe Awards is produced by Dick Clark Productions, which shares a parent company, Valence Media, with The Hollywood Reporter.