The Force is with Los Angeles.

George Lucas has selected L.A. over San Francisco to be home to his $1 billion museum, with the Lucas Museum of Narrative Art set to feature pieces from the filmmaker’s personal collection, including memorabilia from Star Wars and other films, vintage photographs and an impressive selection of traditional paintings. The museum is eyeing a May 4, 2020, launch, according to Los Angeles Mayor Eric Garcetti.

“After extensive due diligence and deliberation, the Board of Directors of the Lucas Museum of Narrative Art is pleased to announce plans to build the museum in Exposition Park in Los Angeles,” the museum’s board of directors said Tuesday in a statement. “We have been humbled by the overwhelmingly positive support we received from both San Francisco and Los Angeles during our selection process. Settling on a location proved to be an extremely difficult decision precisely because of the desirability of both sites and cities.” 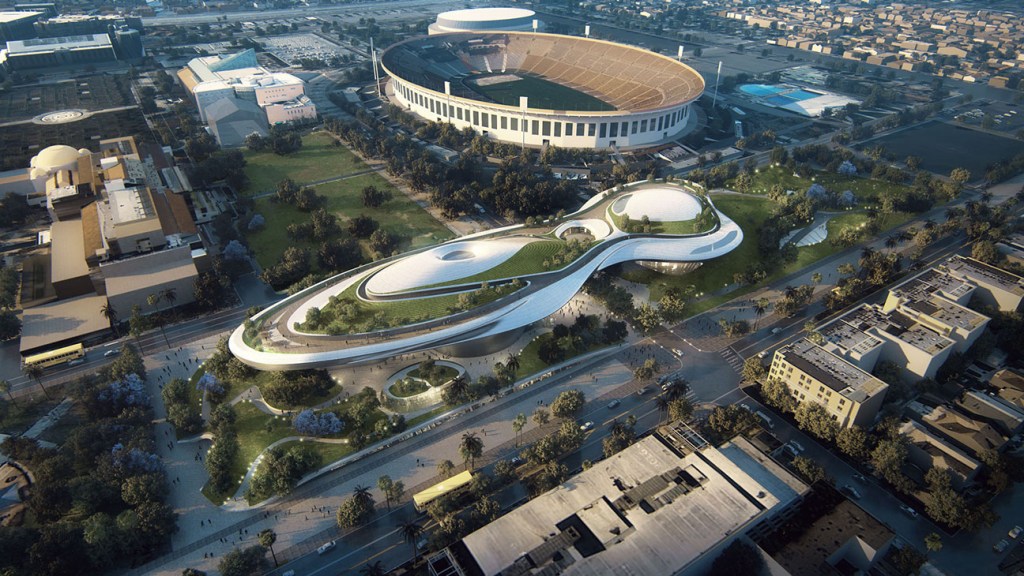 Lucas had previously unveiled two different designs for his proposed Museum of Narrative Art, one for Los Angeles’ Exposition Park and a similar proposal for the same museum to be built on San Francisco’s Treasure Island. At one point, Chicago also was in the running, but those plans were scrapped in June after it faced opposition from a local preservation group called Friends of the Parks.

“They have a vision that museums should not be foreboding places, but should be welcoming,” Garcetti said Tuesday afternoon during a press conference at City Hall.

He also noted that “this is not a Star Wars museum.”

Continued Garcetti: “This is a collection of narrative art in a city that has the best storytellers and storymakers in the world. The best collection of Norman Rockwell paintings on Earth. Works from R. Crumb.”

The Mayor also singled out Jeffrey Katzenberg, who he said he “relentlessly pushed” behind the scenes for the museum to come to L.A. Los Angeles County Museum of Art director Michael Govan was another key proponent in the city’s lobbying efforts.

While Lucas was not made available for comment, accessibility may have been the deciding factor between Los Angeles and San Francisco. Whereas Exposition Park can be reached by several public transportation lines, Treasure Island is a four-acre parcel of land in the middle of San Francisco Bay, accessible only by traffic from the bridge and a ferry.

The futuristic design for the museum comes from Chinese architect Ma Yansong. The museum’s supporters have said it will bring 1,500 construction jobs to the city as well as an additional 350 permanent jobs.