George Segal, the engaging actor who during his 1970s prime generated great chemistry with his co-stars in such lighthearted classics as Where’s Poppa?, The Owl and the Pussycat, A Touch of Class, California Split and Fun With Dick and Jane, died Tuesday. He was 87.

Although he was most associated with comedy and playing brainy, neurotic characters, Segal’s acting range was considerable.

His performance as a pusillanimous young professor in Mike Nichols’ best picture nominee Who’s Afraid of Virginia Woolf? (1966) opposite Elizabeth Taylor and Richard Burton landed him a supporting actor Oscar nomination. And in the war drama King Rat (1965), an adaptation of a James Clavell novel, he portrayed a conniving wheeler-dealer in a Japanese POW camp during World War II.

Segal, however, did comedy best. He starred for seven seasons (1997-2003) on the NBC workplace sitcom Just Shoot Me! as Jack Gallo, the roguish, many-times-married publisher who employs his journalist daughter (Laura San Giacomo) at his fashion magazine, Blush.

And starting in 2013, he was still going strong as Pops Solomon, a grandfather always on the lookout for the ladies, on ABC’s 1980s-set The Goldbergs.

“On behalf of everyone at The Goldbergs, we are devastated at the loss of our dear friend George,” a statement from the show said. “He was kind, sweet, beyond talented and funny. George was the true epitome of class, and he touched all of our lives so deeply. It was an honor and a privilege to have him as a colleague and friend all of these years. It is no surprise to any of us that knew him so well that he is a true national treasure.”

Fans got to appreciate just how delightful Segal could be from the many appearances he made on The Tonight Show, where he played the banjo and cracked up host Johnny Carson with his infectious high spirits. (He recorded a 1967 ragtime album titled The Yama Yama Man — Carson provided the liner notes — and performed for years with fellow actor Conrad Janis in the Beverly Hills Unlisted Jazz Band.)

Segal’s single most hilarious moment in the movies could have come in the Carl Reiner dark comedy Where’s Poppa? (1970), when his character’s senile mother (Ruth Gordon) kisses his tush. “It was just another day at the office for me,” he told the Jewish Journal.

“I am saddened by the fact that my close friend and client of many years has passed away,” his longtime manager Abe Hoch said in a statement. “I will miss his warmth, humor, camaraderie and friendship. He was a wonderful human.”

'The Goldbergs': Flashing Back to the '80s on the Set of ABC's Comedy

The youngest of four children, George Segal Jr. was born Feb. 13, 1934, in Great Neck, New York. His father was a malt-and-hops agent and his mother, Fanny, a housewife. The family was Jewish but not religious, and he never received a bar mitzvah.

When he was 9, he saw Alan Ladd in This Gun for Hire at the local movie house and decided to become an actor. “He was this guy with a trench coat and a gun, and Veronica Lake was nuts about him,” he recalled. “Something clicked in me that this was a job, and I wanted it.”

He attended the George School, a private Quaker boarding school, in Newtown, Pennsylvania, and then headed to Philadelphia-area Haverford College, where he was the banjo-playing leader of Bruno Lynch and His Imperial Jazz Band.

After he was drafted into the U.S. Army and stationed on Staten Island, he got his bachelor’s degree in drama from Columbia University in 1955. His first job in the theater was janitor at the Circle in the Square.

He made his stage debut off-Broadway in 1956 in Moliere’s Don Juan, which featured Peter Falk, then appeared with Jason Robards in The Iceman Cometh and in 1959 in Leave It to Jane. For a brief spell, he was a member of the New York Shakespeare Festival Company.

In the early ’60s, with the solemnity of the Actors Studio tradition in vogue, Segal sidestepped The Method: “Everybody was so hung up there,” he said, “they were afraid to just act.” Instead, he co-founded a comedy improv revue, The Premise.

“I learned more about real motivation and how to improvise than I could have anywhere else,” he told Newsweek in 1970. While with The Premise, he was spotted by producer Larry Turman and signed for a small role in The Young Doctors (1961), then played a U.S. Army Ranger in The Longest Day (1962). 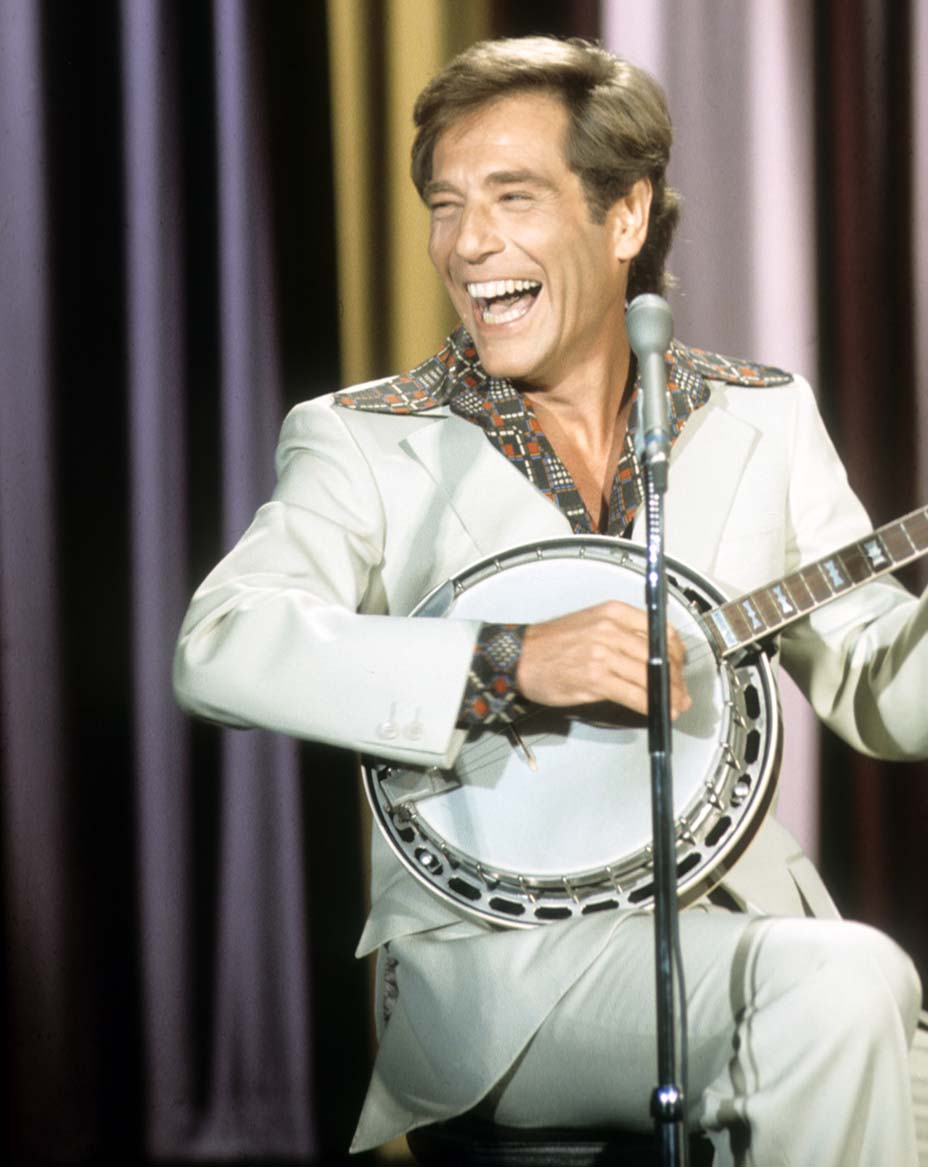 Segal ventured to Los Angeles in the summer of 1963 to do a TV series that never got off the ground. He ended up on episodes of such shows as The Alfred Hitchcock Hour, Channing and The Doctors and the Nurses.

His movie career took off in 1965 when he starred as that profiteering POW in King Rat. Nichols, with whom he had worked in The Knack off-Broadway, then offered him the role of Sandy Dennis’ husband, Nick, in Virginia Woolf after Robert Redford turned down the part. (Segal lost out on the Oscar to Walter Matthau in The Fortune Cookie.)

Segal then portrayed an unsavory personality who cloaks himself in the sympathetic guise of a Nazi hunter in Michael Anderson’s The Quiller Memorandum (1966).

He got an early chance to be funny when he played a New York detective with mommy issues in No Way to Treat a Lady (1968). The wife of director Jack Smight had spotted him cracking jokes on a talk show and thought he would be great for the part.

In 1979, Segal pulled out of the male lead in 10 (Dudley Moore took over) and was sued by producer-director Blake Edwards, who received a reported $270,000 in the settlement. That would foreshadow a career dry spell for the actor.

“Most of us get about 10 years at best [at the top],” Segal told the Los Angeles Times in 2011. “As you get into playing father roles, the parts dry up because — I don’t mean to say it’s a sex thing — but you have that testosterone vitality. Then slowly you move into another category, and there ain’t as many jobs there.”

In 1988, Segal got the lead on ABC’s Murphy’s Law, playing an insurance fraud investigator, but the show lasted just 13 episodes. He played a married businessman who impregnates an accountant (Kirstie Alley) and then dumps her in Look Who’s Talking (1989).

He began a comeback of sorts as Jeff Bridges’ best friend in Streisand’s The Mirror Has Two Faces and as Mary Tyler Moore’s husband in David O. Russell’s Flirting With Disaster, both released in 1996. He began his long run on Steve Levitan’s Just Shoot Me! a year later.

After a guest-starring stint as talent manager Murray Berenson on HBO’s Entourage and two seasons on TV Land’s Retired at 35, Segal joined Adam Goldberg’s The Goldbergs.

“This was on the table, they sent it to me, and I laughed out loud, which is very rare. I really haven’t done that since I read the pilot of Just Shoot Me!,” he told The A.V. Club in 2013. “It’s very rare that an actor laughs out loud. So that caught my attention right away, and then an interview led from this to that and … ah, it’s mystical to me.

“I don’t ever know how it happens. Sometimes it’s being in the right place at the right time, sometimes you’re just the guy they want. It’s impossible to explain. This is a real gambler’s business, acting. It’s a crapshoot, and you keep stepping up to the table and hope that your number comes up. Or it’s like being a used car in a used car lot. You’re just waiting for somebody to come over and kick your tires. You’ve got to be crazy to do this.”

Segal was married three times: to film editor Marion Sobel from 1956 until their 1983 divorce; to music manager Linda Rogoff (they met at Carnegie Hall when his band was opening for Steve Lawrence & Eydie Gorme) from 1983 until her death from aplastic anemia in 1996; and to Sonia Schultz Greenbaum, his high school sweetheart, since 1996.

Survivors also include his daughters, Polly and Elizabeth; stepchildren David, Matthew and Samantha; and grandchildren Lucas, Jacob and Max. Donations in his memory may be made to Planned Parenthood.

Hollywood Pays Tribute to George Segal: "Basically Everything He Did Was Iconic"

Lou Ferrigno Takes (Not So Subtle) Shot at MCU