Later this year there’s going to be something weird in the neighborhood.

Eaglemoss Hero Collector is debuting its new Build the Ghostbusters Ectomobile subscription program, offering fans the chance to build their own replica of the iconic movie vehicle. Heat Vision has an exclusive look at the ECTO-1 model ahead of its official debut at this weekend’s Ghostbusters Fan Fest.

Based on a new study of the original modified 1959 Cadillac Miller-Meteor ambulance that appeared in 1984’s Ghostbusters, the Hero Collector ECTO-1 will be a 1:8 scale reproduction, with working headlights, tail lights, brake lights and emergency lights, as well as working sirens, steering wheels and doors. Measuring over 31 inches long and 10 inches wide, it will include the modifications made to the original vehicle, as constructed in-movie by Dr. Ray Stantz.

The actor who played Stantz, Dan Aykroyd, recalled that the Ectomobile was never quite what fans thought it was.

“The conceit in the movie was it was a hearse converted to an ambulance, but in real life it was an ambulance that we converted to a hearse and then converted to an ambulance,” Aykroyd said in a statement supporting the new announcement. “The hearse just has a pallet to put the coffin in the back, but the ambulance has things like stretcher bars. And inside, next to the side door where we put our packs, there was a little seat where patients could be attended to. There’s no way a hearse would have a seat there for anyone to attend to a passenger!”

Aykroyd, who also co-wrote the cult comedy, was one of the first to see the Hero Collector replica in person, as can be seen in the video above. He described the car as “a wallower,” explaining, “It’s got beautiful power steering but it’s wide and handles like a boat. It’s got a really good, big motor in it, it’s comfortable to sit in [but] a little difficult to drive around corners, because of its width and bars underneath — but then, a Cadillac of that vintage isn’t going to handle like a Porsche. There was one with a normal motor for pulling away and interior shots, and another one with a fast motor for getting away quickly. And, boy, it was fast. As we drove by in New York, people didn’t know what it was. It produced such a great reaction wherever it went!” 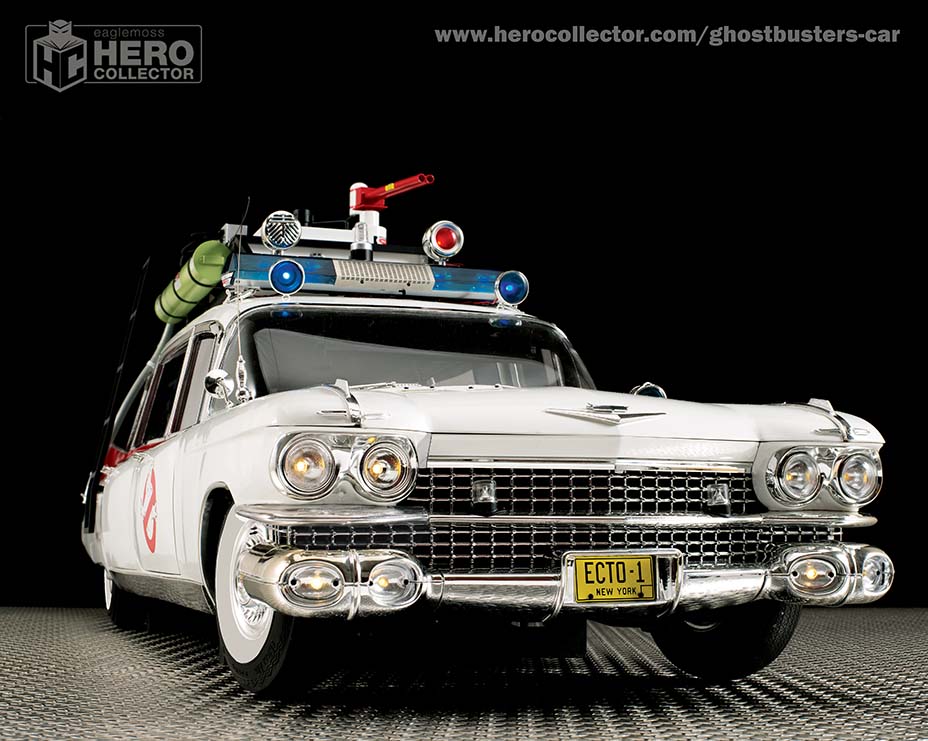 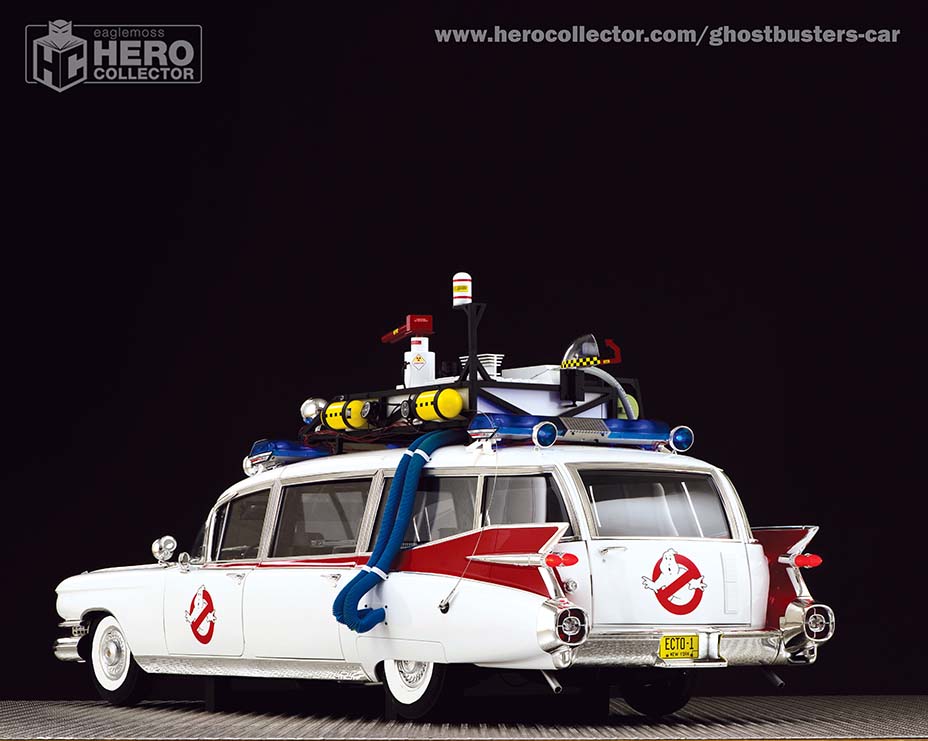 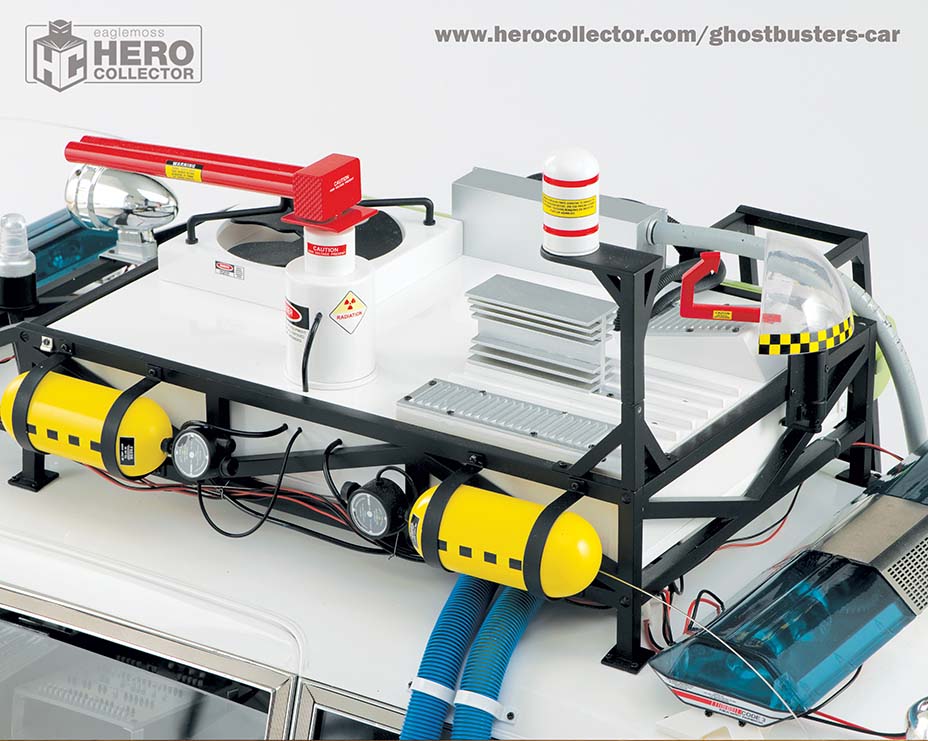 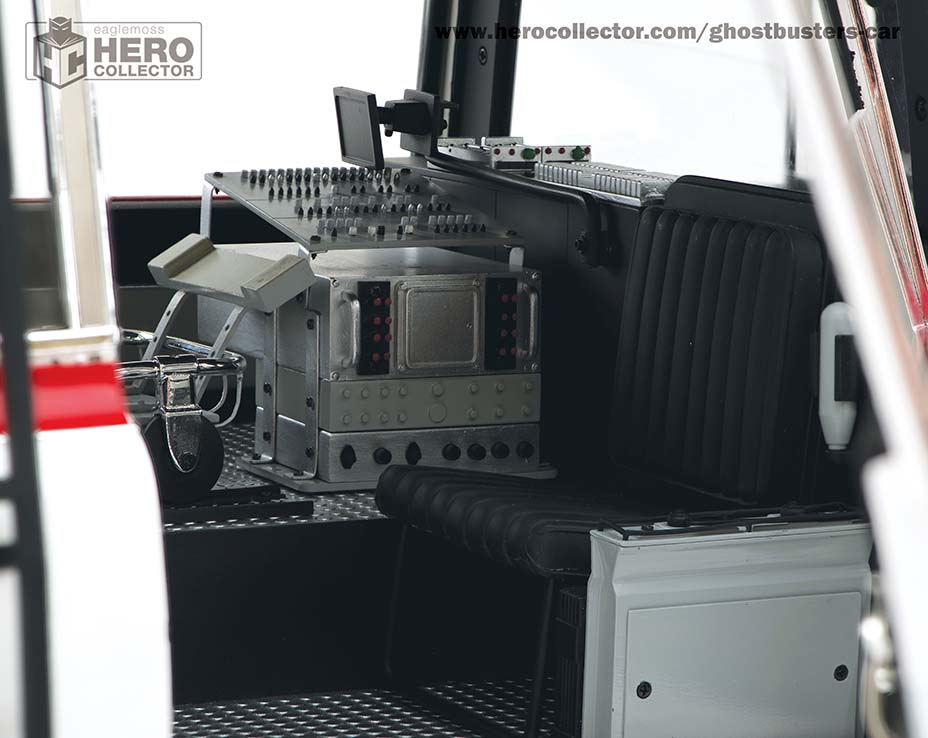 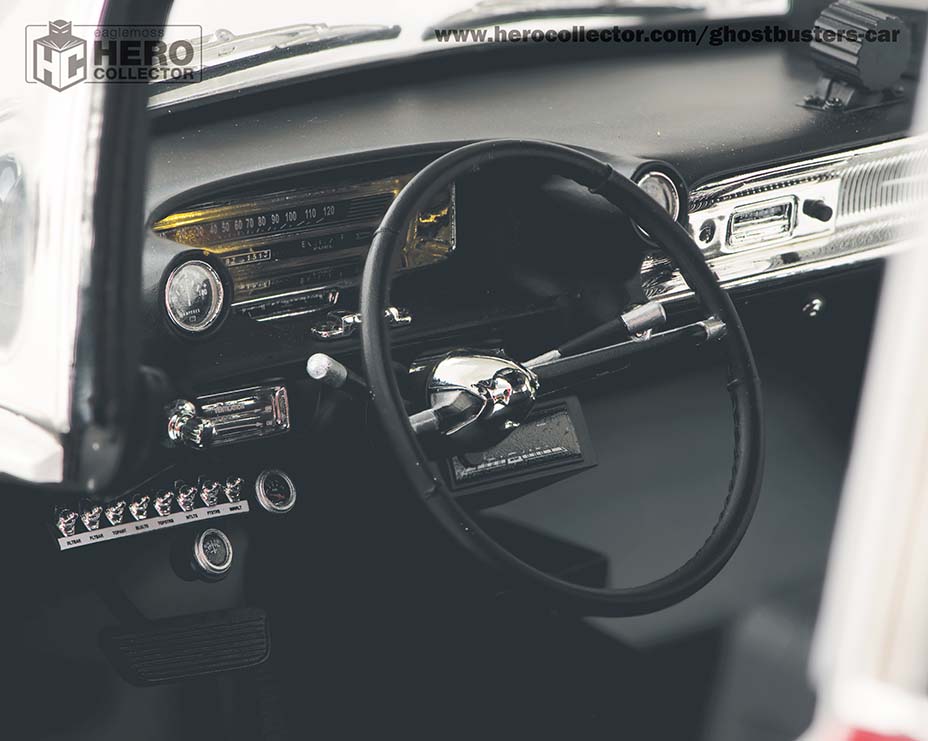 Eaglemoss Hero Collector will launch the Build the Ghostbusters Ectomobile service this fall, with preorders available online now. Before then, both the replica and the original ECTO-1 car will be on display as part of the first-ever Ghostbusters Fan Fest, taking place June 8 on the Sony Pictures Studio Lot in Culver City.