Glenn Close says she refused to do a scene written in the 1997 political action thriller Air Force One that she felt made her vice president character look weak.

In the film directed by Wolfgang Petersen, Air Force One is hijacked by a group of terrorists. Marshall, his family and assorted staff are aboard. Bennett is in Washington overseeing and commanding the situation.

“One thing I remember, they had a scene around that table where she broke down crying. And I said, ‘I will not do that. I don’t think that would happen. Not my vice president. My vice president would not break down into tears. She would step up to the challenge,'” Close said. “So they changed it.” 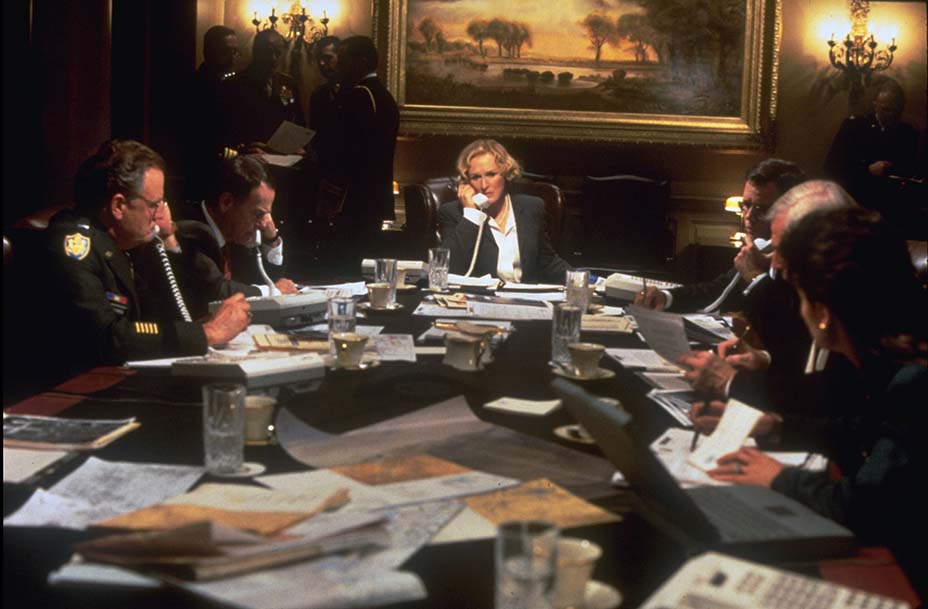 The actress says she loved playing the tough, confident, steady-hand Bennett who is loyal to Marshall as others attempt to seize power amid the chaos of him fighting against the hijackers.