The third season of Netflix’s wrestling drama GLOW has just been released by Netflix, but fans of retro 1980s throwdowns don’t have too long to wait for the next chapter, with IDW Publishing announcing a new GLOW comic book series for fall — one written by a tag team of an actor and a wrestler.

Joining returning artist Hannah Templer on GLOW vs. The Babyface will be Aimee Garcia (Lucifer, Dexter) and mental health advocate and former WWE professional wrestling champion AJ Mendez, writer of the New York Times-bestselling memoir Crazy is My Superpower. Both are making their comic book writing debuts with the series.

“I’m a huge fan of GLOW,” said Garcia in a statement. “I grew up reading comics and never saw myself represented in them, so I’m excited to explore these trailblazing characters and create the change for the next generation. AJ and I are basically writing for our younger selves.”

“As huge fans of the Netflix series, Aimee and I are thrilled and honored to get our hands on the ladies of GLOW,” Mendez added. “Aimee’s experience in acting and my experience in pro-wrestling makes us a formidable tag team with a unique perspective to truly channel the voices of these hilarious heroines. Our mission as writing partners is to represent diverse, complex, and unbreakable female characters, which is why GLOW feels like the perfect fit.”

In the four-part GLOW vs. The Babyface, the eponymous Gorgeous Ladies of Wrestling find themselves with an unexpected new nemesis: A news anchor who’s determined to convince everyone who’ll listen that wrestling can and will corrupt the youth of America. But even as they’re struggling to convince everyone else — and themselves — that they’re not a bad influence on children, they find themselves responsible for a preteen runaway who’s been living under the ring.

Elizabeth Brei and Megan Brown, editors of the title for IDW, enthused, “GLOW has been such an incredible treat to work on, and we’re thrilled to have two amazing, talented women in Aimee and AJ (both of whom we’re huge fans of!) join the family. With their incredibly funny and smart writing and Hannah coming back to continue wowing us with her hilarious cartooning, GLOW vs. The Babyface is going to be another great chapter in the GLOW storybook!”

The series will launch in November, with a first issue featuring covers by Veronica Fish, Nicole Goux and Catherine Nodet, all of which can be seen below. 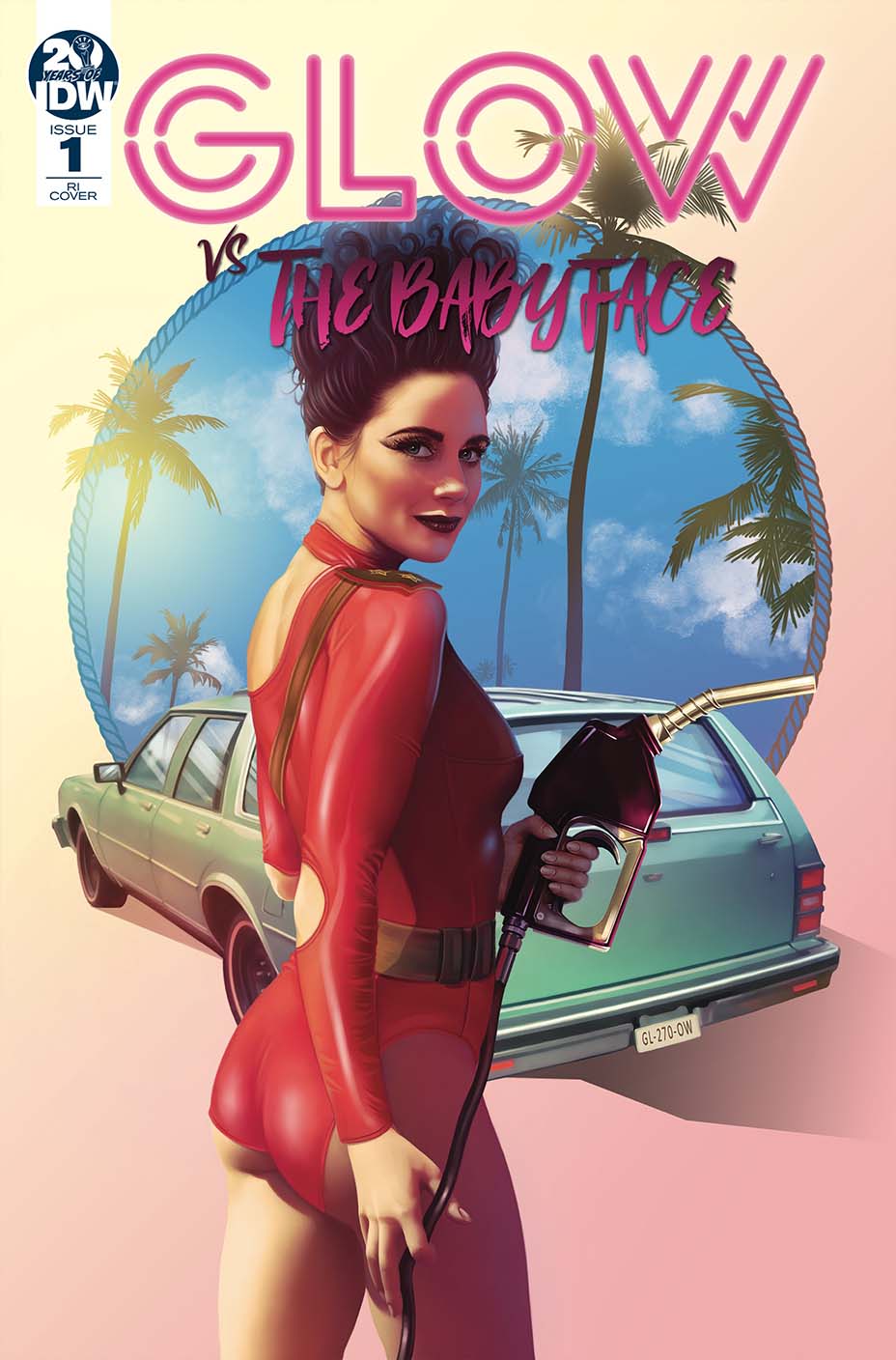 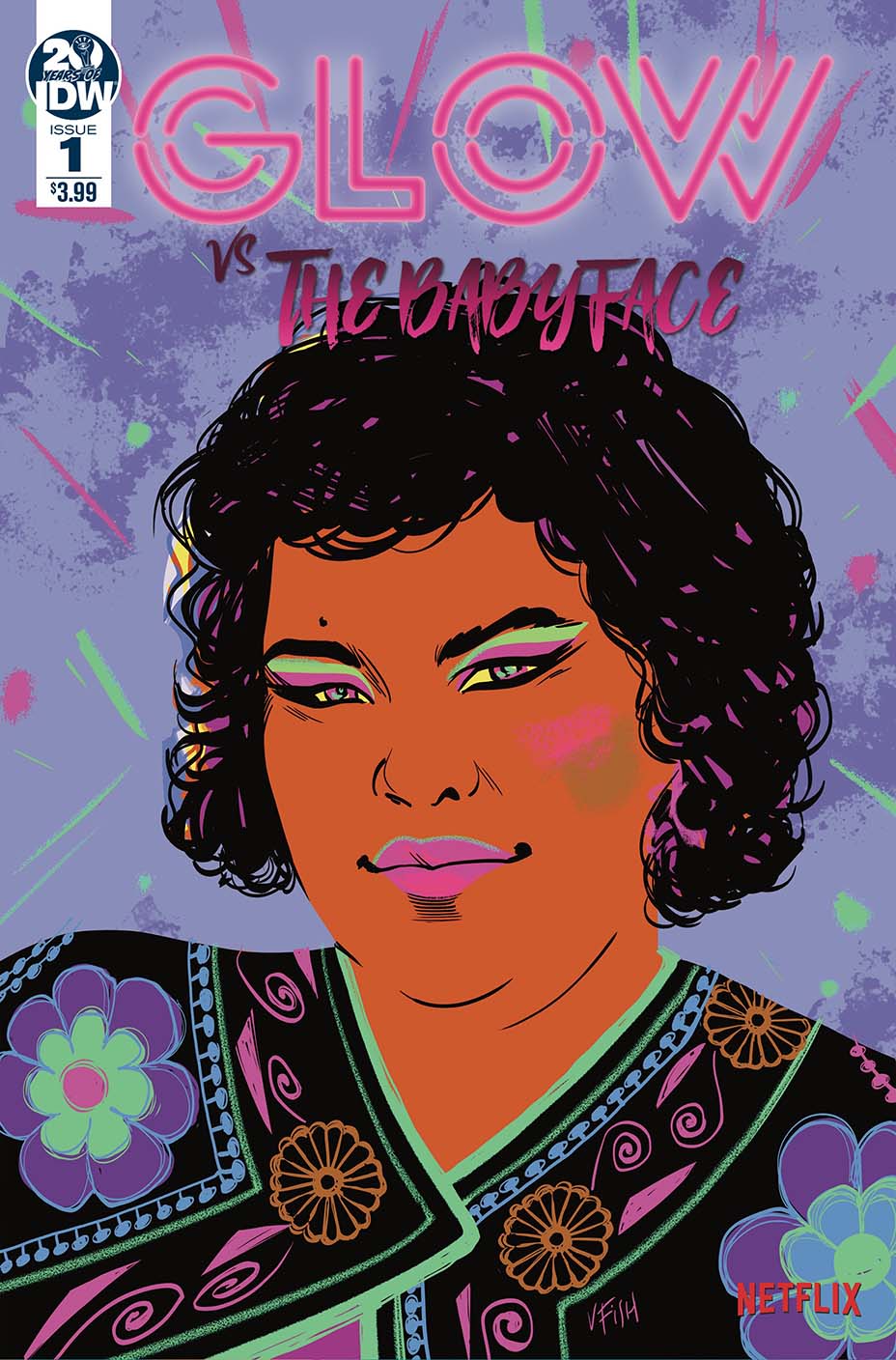 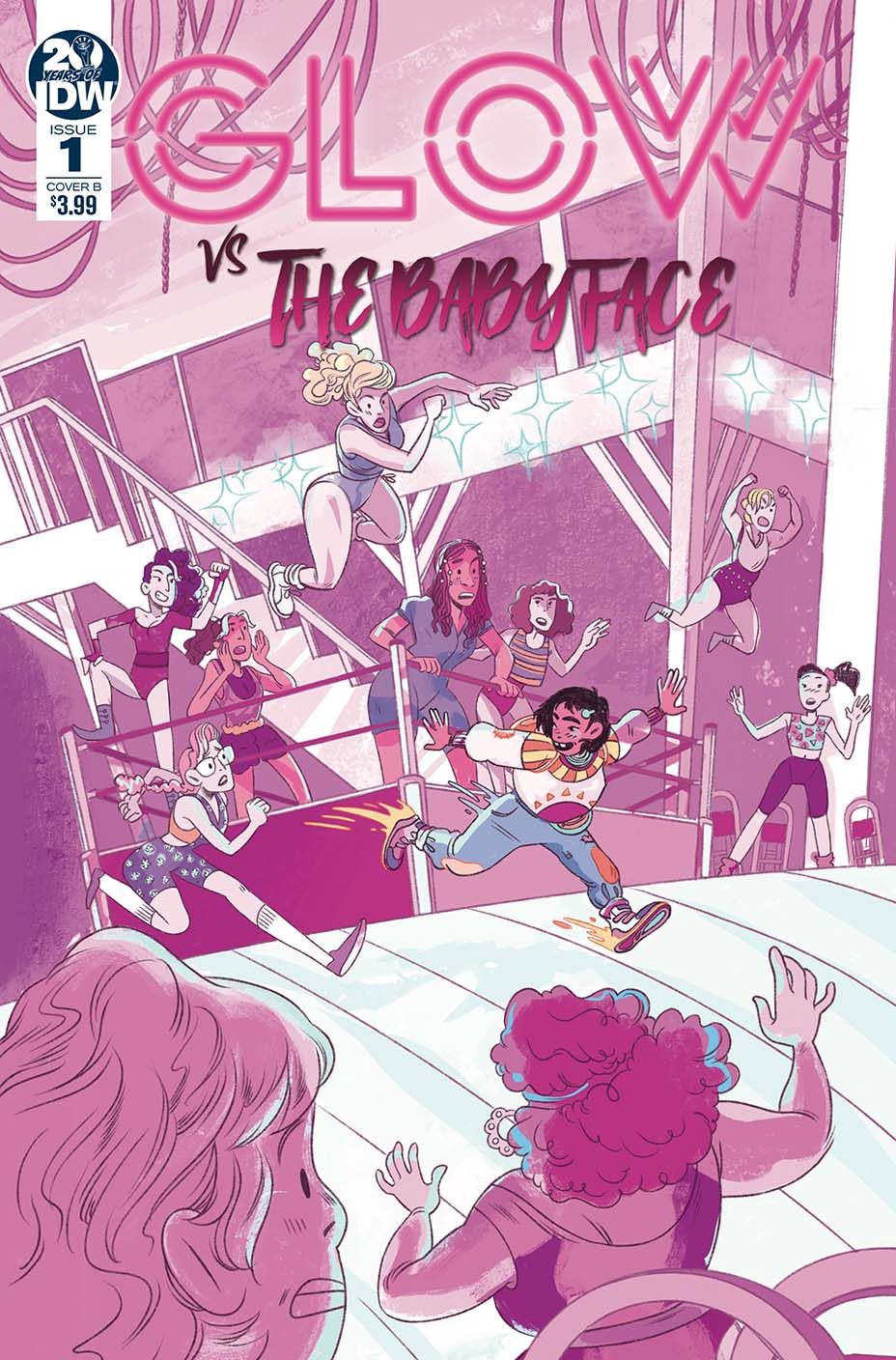