Andy Garcia watched the new cut of Godfather: Part III with an intimate group that included Al Pacino and Diane Keaton — and all were pleased with the result. But the actor who stars as Vincent Corleone in the 1990 Paramount film never understood the dissatisfaction with the original version.

Speaking with The Hollywood Reporter prior to the release of Mario Puzo’s The Godfather, Coda: The Death of Michael Corleone, a new version of the film recut by Francis Ford Coppola, Garcia says he hopes fans better embrace the picture.

“I never had an issue with the first one, but I am very close to it,” says the actor who was Oscar nominated for playing Vincent, the illegitimate son of Sonny Corleone (James Caan), who rises up to become head of the family. “There is a clarity to this version that Francis wanted.”

The first two movies are considered among the best films ever made, so the third was going to be under a microscope, which Garcia knew. And even with it being nominated for a slew of Oscars, the criticisms — and at times downright disdain — for the third were all unwarranted, Garcia tells THR.

“I thought a lot of things were unjust about it, especially how Sofia [Coppola] was treated,” Garcia says. Winona Ryder was originally cast as Mary Corleone but had to drop out shortly after production started on doctor’s orders due to exhaustion, Garcia explains. So, Sofia took over the role in her father’s film. Garcia says it is his hope fans will watch Coda and see her performance in a new light.

“I think if people revisit this film, they will see a very honest, deep and soulful performance by Sofia. I think there is great tragedy in the character, a very courageous performance, and I am very proud of the work we did,” Garcia says. 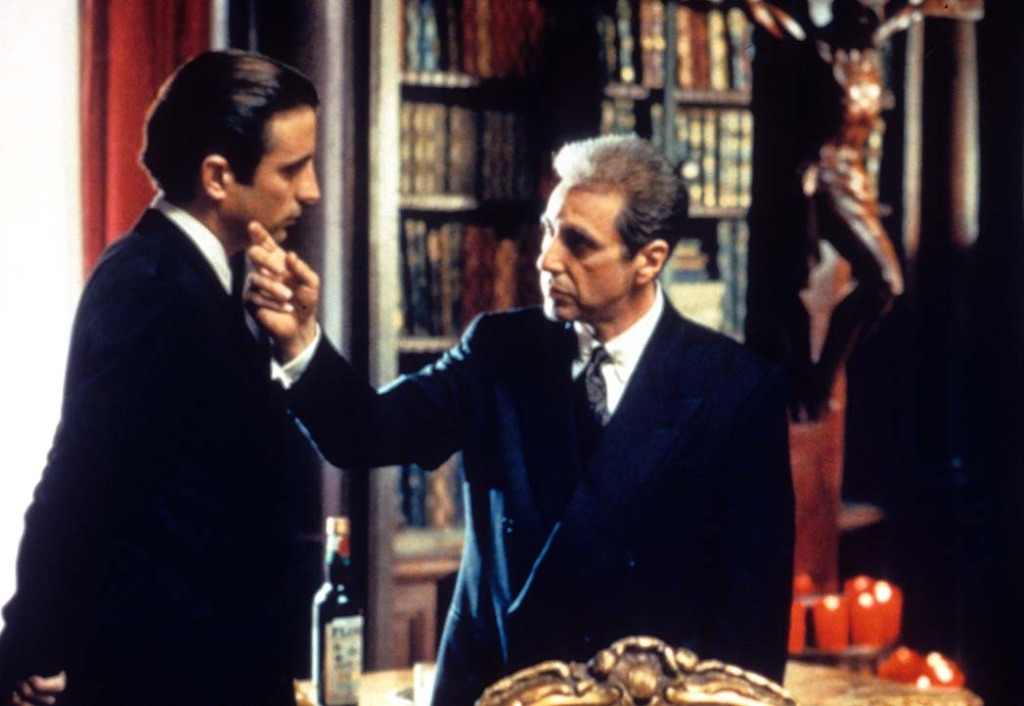 Concerning his character, Garcia cannot pick out a favorite moment but says the transfer of power from Michael to Vincent toward the end was a “very delicate” scene, as was the moment Vincent agrees to abandon his love for Mary in return for greater responsibility.

As for whether he and screen-father Caan ever had fun with the connection, Garcia laughingly assures they have. “The first time I ever met him, I said, ‘Hey, pops. How are you doing?’ He was proud of me,” Garcia says. Their children ended up attending the same school, so when the two men would hang out at a function, Garcia says Caan would say to others, “Hey, do you know my boy?”

Mario Puzo’s The Godfather, Coda: The Death of Michael Corleone will have a limited theatrical release beginning Friday and arrive on Blu-ray and digital Dec. 8.