As Godzilla v. Kong hits theaters and HBO Max this week, audiences will witness a legendary battle between two pop culture titans. For screenwriter Max Borenstein, the film marks seven years and four projects of writing and co-writing for Warner Bros. and Legendary Entertainment’s MonsterVerse. His credits include 2014’s Godzilla, 2017’s Kong: Skull Island, 2019’s Godzilla: King of the Monsters (for which Borenstein contributed to the story) and now Godzilla vs. Kong.

Borenstein spoke with The Hollywood Reporter about crafting a modern backstory for each monster, ensuring both Godzilla and Kong were relatable to their human audience, and how his approach with each of their stories has ensured an ultimate battle that is more than “just two monsters fighting.”

When first approached by Legendary’s former chairman and CEO Thomas Tull, Borenstein says Tull described being a major fan of Godzilla and wanting to create an American version of the franchise. That on its own would be a mighty task, with both Godzilla and his eventual foe Kong being such cinematic staples. Godzilla has appeared in 32 films since 1954 by Japan’s Toho Studios, with just America’s TriStar Pictures attempting an American version in 1998 with a film that had muted box office and poor critical reception.

For initial inspiration, Borenstein remembers watching 1954’s Godzilla directed by Ishirō Honda and being in awe of the “intensity” the monster embodied. “What’s really different about Godzilla and Kong, as opposed to other monster movies, is scale. Something so massive it’s like an actual disaster,” the screenwriter tells THR.

However, when considering both Godzilla’s and Kong’s mythos and backstory for all four films in Legendary’s franchise, Borenstein’s constant goal was to ensure “they’re not just two giant monsters fighting.” Across the Legendary franchise, Borenstein has used a variety of locations, characters and even time periods to showcase how both monsters can impact and offer some reflection upon humanity. 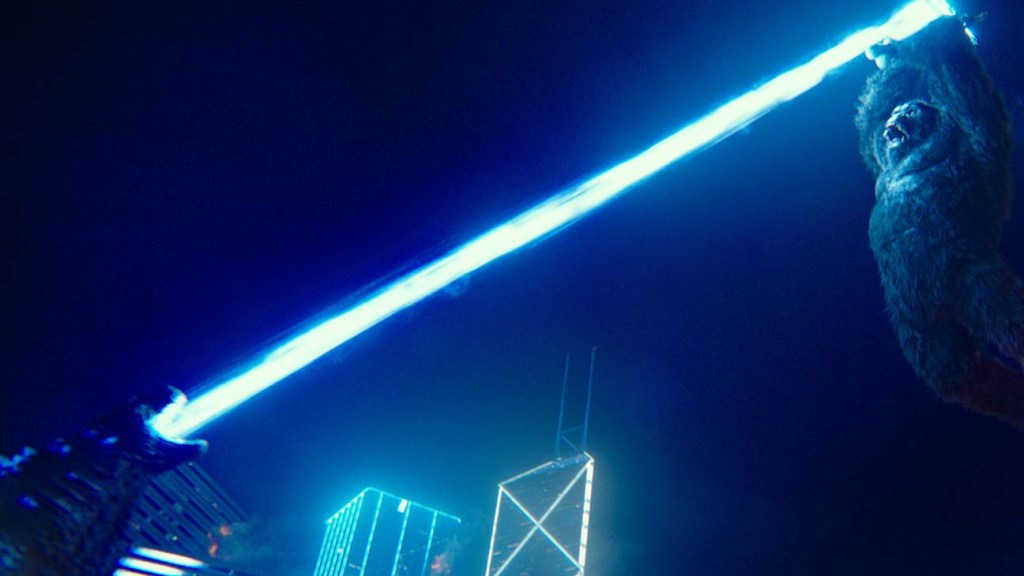 “For Godzilla, there have been versions of him symbolic of an atomic bomb come to life. There’s versions of him that are about environmental destruction. He always filters whatever the existential dread is for a particular era,” says the writer. Borenstein wanted his Godzilla to represent “global, iconic, awful tragedies that we seem to suffer in our globalized world.”

“Godzilla is a force of nature — neither good or bad. When we throw the world out of balance, Godzilla is awoken and becomes a threat, and that’s one so large in scale, so huge, he is something that we all feel.”

As for Borenstein’s Kong, who we first meet in 2017’s Skull Island, the giant ape is a “lord of this island, where everything is thrown out of balance because of the arrival of these soldiers who shoot first, ask questions later.” While the film acquired a star-studded cast including Tom Hiddleston, Samuel L. Jackson, John Goodman and Brie Larson, Borenstein says the goal was to “develop empathy for Kong through the eyes of these characters.”

“By the end of the film, we’re rooting for Kong,” he adds.

Borenstein admits his biggest challenge across the franchise has been that his main characters do not talk and thus he had to engineer human stories “that satisfy an audience but do not overpower Godzilla and Kong, who are the stars of the film.”

“In a superhero film, you have characters who are punching each other and shooting each other. They’re actual human beings who literally have superpowers. They can talk, emote, connect. They do things we can empathize with,” Borenstein adds. 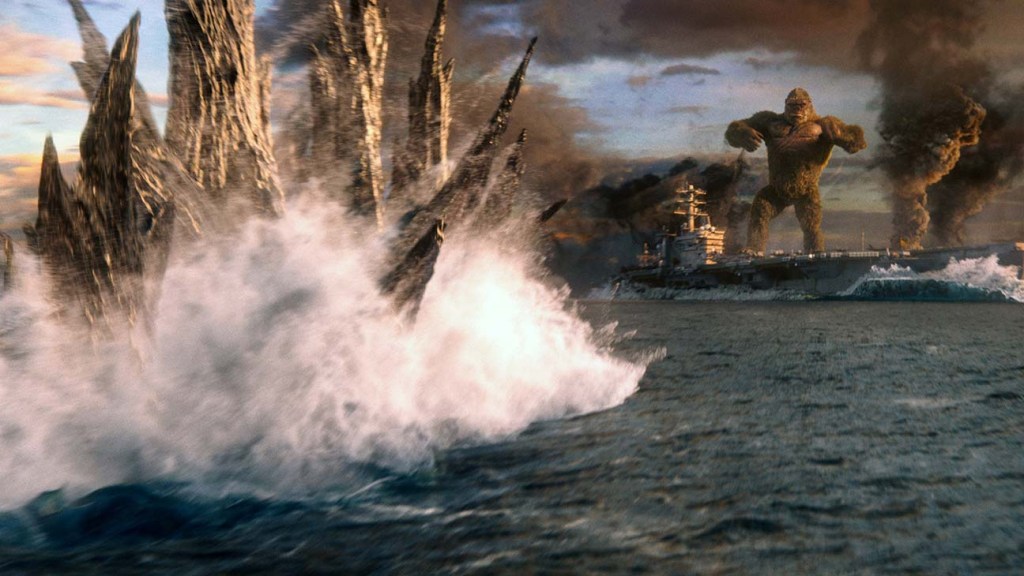 With Godzilla v. Kong, the two legends finally clash with one another while also facing a threat caused by human conspiracy. Borenstein finds the latest MonsterVerse offering “the most unapologetic” of all the films because both monsters have earned the audience’s “empathy and understanding” and their battles are more than gargantuan spectacles.

“These fights are imbued with emotion,” Borenstein says. “People are rooting for either Godzilla or Kong because they have come to understand Godzilla is an animal who is trying to preserve the ecosystem of this world. Kong is this displaced antihero who has no home, no family. By the time they’re facing off, you don’t want either to lose. You want them to both acknowledge and respect one another as we’ve come to respect them. That to me has been the aim and ambition of the entire franchise.”

Godzilla vs. Kong’s debut in U.S. cinemas on Wednesday earned a sizable $9.6 million, which has been the best opening day amid the novel coronavirus pandemic. When asked why he feels the legacies of both monsters have consistently drawn in audiences, Borenstein says he believes both Godzilla and Kong have “iconic qualities that endure” but can also evolve, reflect the era they’re in, and ultimately “become metaphors for different human fears and anxieties.”

“Great monsters do that,” Borenstein continues. “They transcend time, transcend specificity. But they also have enough specificity about them that you will always go, ‘Oh that is King Kong. That is Godzilla.'”

As for his opportunity to contribute to these ever-evolving cultural icons, Borenstein equates the experience to working on a Bond or Star Wars film.

“If you’re able to leave an imprint on a character … that touches people’s lives in different ways for so long, or that audiences can cheer, that’s what it’s all about. Creating that emotional experience of an audience coming together and cheering and screaming. I work in a lot of different genres and at the end of the day, it comes down to taking audiences on an emotional journey, connecting people with the storytelling. Being able to use these characters to create those moments, and in doing that, leaving my little mark in the history of these characters is awesome.”