On June 8, an obscure Polish film appeared on Netflix’s U.S. Top 10 chart, which tracks the most popular TV shows and movies on the streamer each day. 365 Days has little in common with the Netflix originals and years-old library fare that usually trend on the service. The English-language erotic thriller, based on a Polish novel in which a young woman is kidnapped by a member of the Sicilian Mafia and given 365 days to fall in love with him, has been obliterated by reviewers and criticized for romanticizing sex trafficking but was released in theaters in Poland (where it made nearly $9 million) before it began streaming on Netflix. By mid-June, it had clinched the No. 1 spot on the list, which it held for four straight days. (It stayed in the top 10 for another 16.)

Activity on another video platform provides some clues as to 365 Days‘ popularity. The hashtag #365Days has exploded on TikTok since March, tied to a trend in which users film their reactions to the film’s graphic sex scenes. Videos using the hashtag have been viewed more than 1.5 billion times.

“It’s not wholly unusual for a title to unexpectedly do well in the top 10 with outside forces assisting in its popularity, as well as the [Netflix algorithm] likely boosting it too,” says Kasey Moore, founder and editor-in-chief of Whats-on-Netflix.com, which tracks the comings and goings of titles on the streamer. By his calculations, 365 Days was the most popular movie on Netflix for June.

Summer is typically when much more mainstream blockbuster fare dominates the movie conversation. This time last year, Sony was pumping millions into the promotion of Spider-Man: Far From Home while Disney was doing the same for Jon Favreau’s reimagining of The Lion King. The two films would go on to gross more than $1 billion each at the box office.

But with theaters still closed as states struggle to contain the spread of the novel coronavirus, a door has opened for a new type of social-media-fueled hit to emerge on the small screen. During the Fourth of July weekend, that was Hamilton, a filmed version of the live stage production that Disney paid $75 million to acquire, only to release it on 8-month-old streamer Disney+ in response to the shutdown. More than 2 million tweets about the film were sent during the holiday weekend, per Twitter, three times what the musical’s Broadway debut generated in 2015. The release also fueled an uptick in signups for the Disney+ app, which had 1 million new installs during the three-day period, according to analytics firm Sensor Tower. 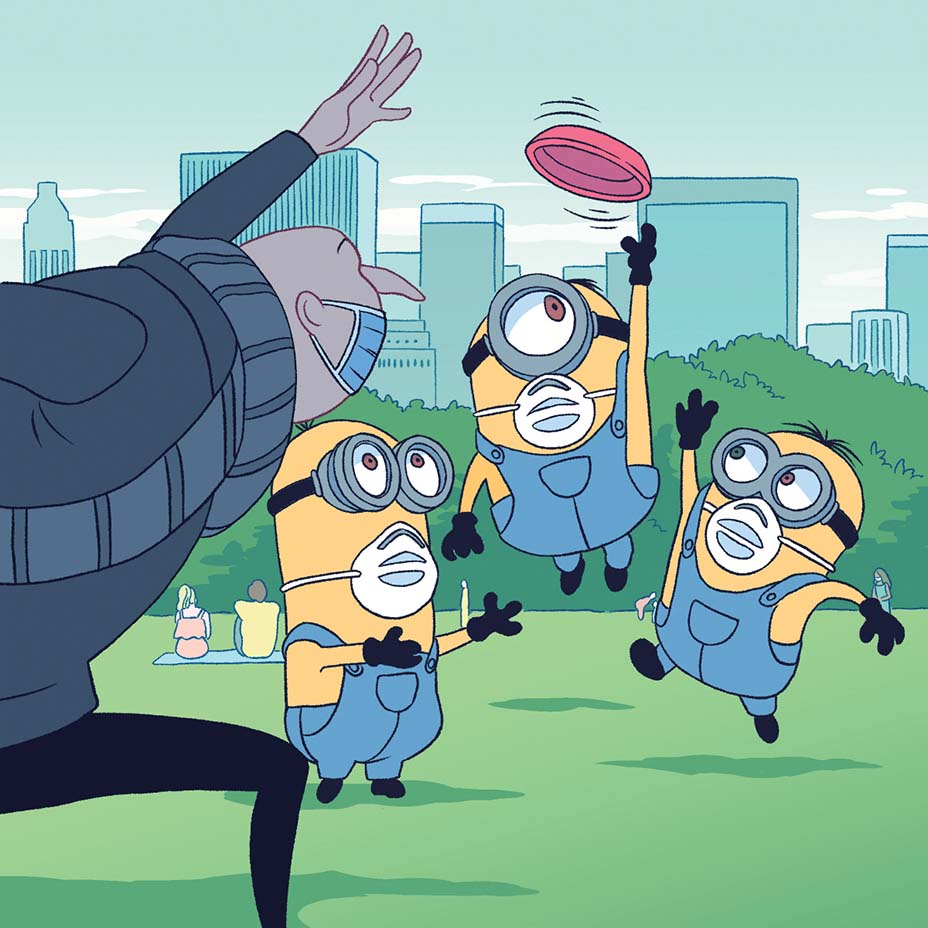 “There will never be a better time for certain titles to go to streaming,” says Shawn Robbins, chief analyst at BoxOffice Media. Given the awareness around Hamilton and its creator, Lin-Manuel Miranda, Robbins says, “It had a lot of potential as a theatrical release.” But he acknowledges that it also will serve as “a great selling point” for Disney+, which has about 55 million subscribers. Still, it will be hard for observers to measure the streaming success of the film since Disney+, like nearly every other online platform, doesn’t disclose viewership numbers.

Streamers are filling the theatrical release void with high-profile fare that in another era might have been perfect for the cineplex. Netflix is moving forward with its summer schedule as planned, following up the June 26 release of the Will Ferrell and Rachel McAdams comedy Eurovision Song Contest: The Story of Fire Saga with Charlize Theron’s superhero film The Old Guard (July 10) and a sequel to teen romance The Kissing Booth (July 24). The trailer for The Kissing Booth 2 logged more than 2 million viewers on YouTube the day it debuted. Also July 10, Hulu will release the Andy Samberg rom-com Palm Springs, which it acquired with distributor Neon at Sundance for more than $17 million, after forgoing a theatrical release.

A film might not receive the same marketing push for a streaming debut as it does for a theatrical release, but that doesn’t prevent it from breaking out. “Once something starts to click, you don’t need to spend $50 million marketing-wise because it’s accessible immediately,” says producer Matt Kaplan, who saw firsthand how a smaller streaming title can catch on with viewers after Netflix released To All the Boys I’ve Loved Before in 2018, turning stars Noah Centineo and Lana Condor into overnight celebrities. “It’s been really beneficial to producers and talent to help grow movies organically versus having to, at times, push something just because you need it to have an opening weekend.”

Big-ticket movies eventually will return to theaters, and American audiences will start trickling back. But some observers predict the small-screen summer’s impact will linger for a while. “You’ve been taught to watch so much content at home,” says LightShed Partners media analyst Rich Greenfield. “The number of times you go to the theater may be forever changed because you’ve adopted a new behavior.” 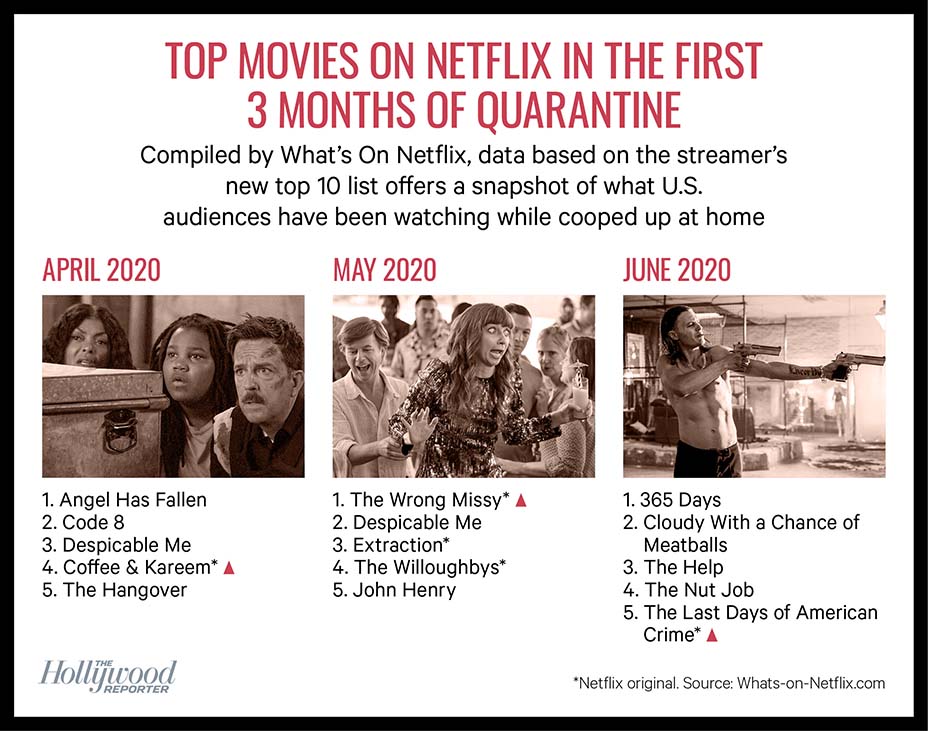