Mirka Andolfo’s gothic horror series Mercy might be over, but the threat posed by Lady Hellaine is far from finished, with the Italian creator returning to the world surrounding the character for a new miniseries launched next year, titled Mirka Andolfo’s Merciless.

Having survived unspeakable horrors at the hands of the wicked Lady Hellaine as a child, Rory’s attempts to reclaim some kind of normal life initially seem successful — but the specter of Lady Hellaine looms larger than Rory might believe, meaning that her new sense of calm is not likely to last.

The new series will follow the events of Andolfo’s acclaimed Mercy series, which concluded last month. The collection, titled Mirka Andolfo’s Mercy: The Fair Lady, The Frost, and the Fiend, will be released Dec. 2 and will be written by Andolfo, with art from Siya Oum (Fathom, DC Bombshells United, Batman Beyond).

“While I was writing the sixth issue of Mercy, I did realize that I simply couldn’t end the story. I mean: Lady Hellaine’s story had to finish as I had foreseen, but the world I built in Mercy had to be the set for more stories to be told,” Andolfo told THR. “And I wasn’t ready to say goodbye to the character of Rory, especially after the final cliffhanger. I talked to my Italian publisher, which produced Mercy, and to Image, and I had enthusiastic feedback. And I had the chance to call a creator I do adore, both professionally and personally: Siya accepted to work with me on this story, and I really can’t wait to show something more…”

“For the longest time, I have admired Mirka’s work,” added Oum. “She is always creating something fresh, lively, and unique only to her. I bugged her for a Fathom cover while I was penciling the book!  Anything to be able to work with one of my favorite artist/creator. There was no way I would pass up the opportunity to work with Mirka and the team!” 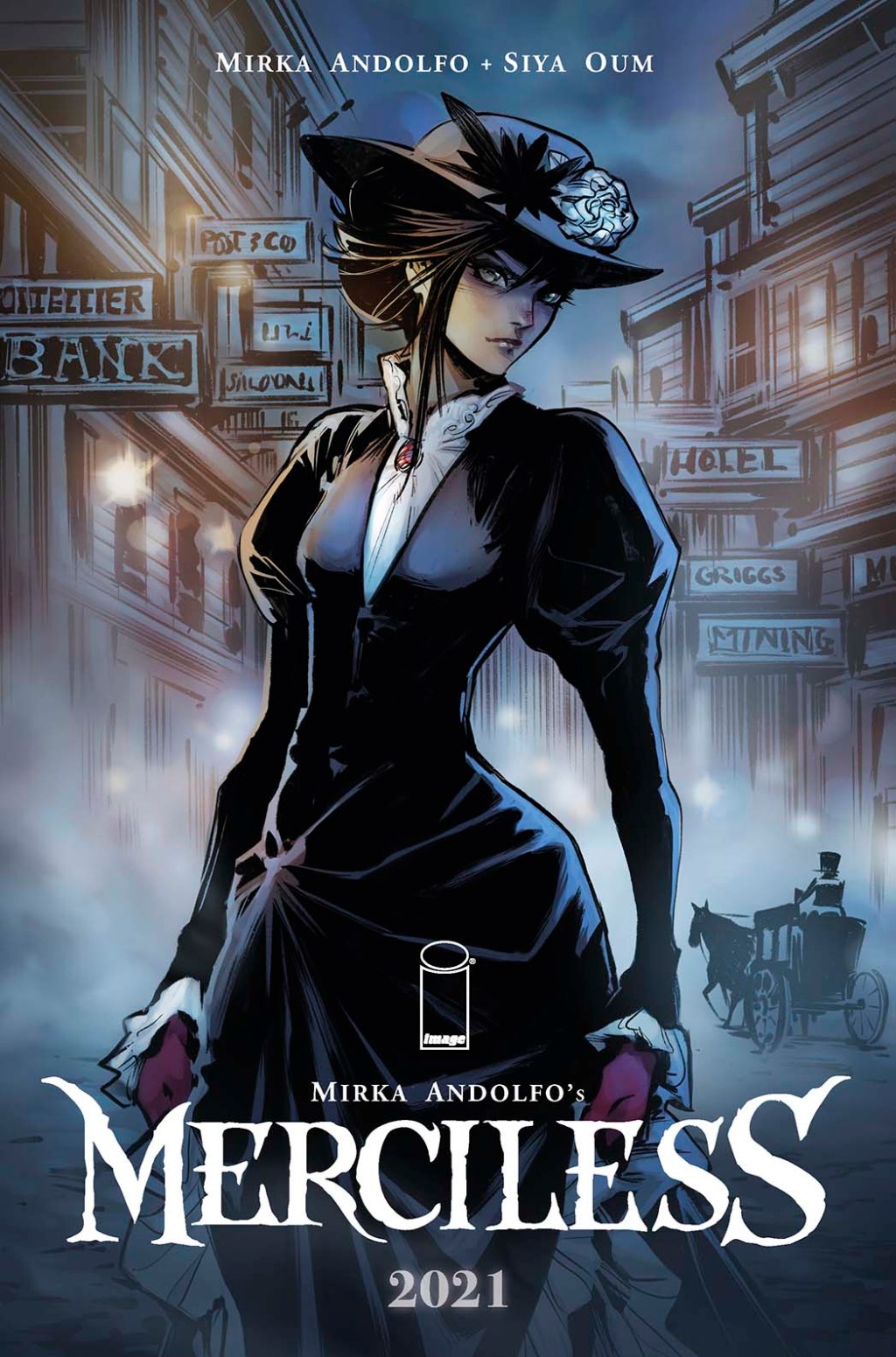 Mirka Andolfo’s Merciless will launch from Image Comics in 2021.