Greta Gerwig shared that a lunch conversation with Meryl Streep inspired the dialogue for an enlightening scene in Little Women.

In the director’s upcoming film, Amy March (Florence Pugh) delivers a powerful monologue to explain to Theodore “Laurie” Laurence (Timothee Chalamet) how she is hindered by a woman’s place in society. She tells him that when she marries, her husband would own any money she has and he would own her children.

On Saturday, Gerwig told the crowd at the Teen Vogue Summit in Los Angeles that she wants to give credit where credit is due, confessing that she took the dialogue “basically verbatim” from a conversation with Streep.

“When I started working on this project, Meryl Streep did just tell me that she was going to be in it. Because she loves the book and she told me … ‘I’ll be Aunt March.’ She said, ‘Write me some good lines.’ I was like, ‘I will,’” Gerwig said. “We had a lunch and she said, ‘This is what you have to communicate to the audience about the position of women, that they don’t even own their own children. It’s not just that they couldn’t vote, it’s not just that they didn’t have jobs. They didn’t own anything. If you wanted to leave a marriage, you could leave but you would leave with nothing, not even your kids. So it is the decision.’ So I basically verbatim took that and gave that to Florence.”

Gerwig recognized that the challenges women faced in the 1860s, when the classic Louisa May Alcott novel takes place, are still relevant today. “Although we’re in a different position now, I think the disconnect between what Laurie sees as options and what [Amy] knows to be the truth of her life is just as true today,” she said. “That chasm is something that needs to be bridged all the time.”

Gender roles also played into her decision to cast Chalamet in the role of Laurie. “There’s all this neat gender stuff about it, like Laurie is a boy with a girl’s name and Jo (Saoirse Ronan) is a girl with a boy’s name. I have them the whole movie swap clothing and they are each other’s androgynous twin,” Gerwig said. “He was always the person to play this part for me because has that — he’s beautiful. He’s handsome, but he’s also beautiful. And Saoirse is beautiful, but she’s also handsome. … To me, he was always the Laurie.”

The director added that during rehearsals, Chalamet was trying to grasp the core difference about his relationship with Amy: “And then he came to this — ‘Oh, she allows you to be masculine because she’s feminine.’ And he was like, ‘Oh, I understand.'” 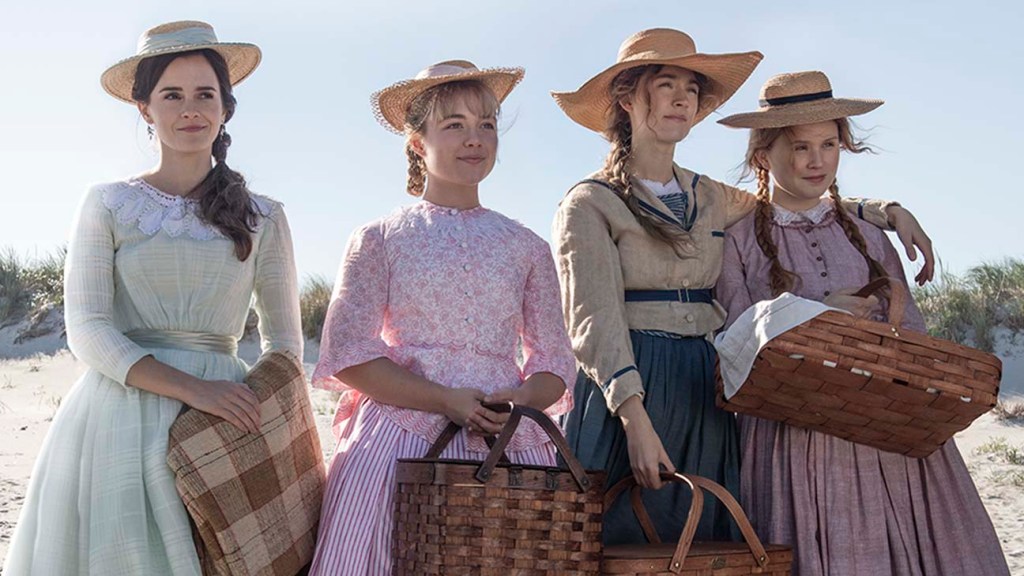 Speaking more about her relationship with her stars, Gerwig said she depends on actors to give feedback on her script. “I really do rely on actors to just be a barometer for me in terms of, great actors will always tell you when you’re bullshit,” she explained. “It’ll be like, ‘No, that’s wrong. This is not good enough.'”

Gerwig cited an example of an actor’s input — Pugh came up with the idea of Amy wearing fairy wings and a corset while burning books in one scene. “She made her into a little evil fairy, which is such a great idea,” the helmer gushed.

Even when Gerwig makes a decision in terms of how a scene should play out, she never stops thinking of what else she could have squeezed into the story. “The truth about movies is you make them as best you can, but on some level you’re always making them in your head for the rest of your life. You let them go, but I’m still thinking,” she said.

Gerwig got philosophical as to how she gets in tune with the story, revealing that she is into crystals and astrology: “I do all this weird stuff to try to keep it mystic,” including carrying crystals, lighting candles and getting her chart read as well as getting Alcott’s chart read at the same time.

The Lady Bird director noted that there was a lot of overlap between Alcott’s and her own birth charts, which she attributes in part to them both being 36 years old when creating their version of Little Women. “Her chart was a lot lonelier, because she was the first of her kind in terms of being a writer … writing about the lives of girls and women before anyone thought that was worth anything at all,” Gerwig said. Upon rereading the original novel, Gerwig noted it was truly about the intersection of women, art and money.

For Pugh, she was attracted to Little Women for the opportunity of playing a rowdy child: “I love watching naughty kids onscreen. I love watching children that are so delicious and awful and bratty,” the actress said at the Teen Vogue Summit. And there’s the fact that working with Ronan has been a dream of Pugh’s since she was 10 years old.

“I even remember once writing it in a diary like, ‘I hope one day I get to work with Saoirse Ronan. If not, just to be beside her,'” Pugh said. “I remembered this on set and I told Saoirse and she’s like, ‘That’s really weird.'”

The actress later reflected on Gerwig’s directing style, calling it “musical” due to the precision of the dialogue: “The way that Greta writes, I’d never worked like that before, but there’d be lines on top of one another and exactly where the line was, you’d be expected to come in on that word. So when you came to work that day, you had to be completely caffeined up and you had to be ready, because it was going to be a sport from the beginning of the day to the end. If you were slightly slacking on your line, you knew that she’d be coming in to say, ‘You didn’t come in on the word “but.”‘”

Gerwig, in turn, praised Pugh, saying, “My favorite thing is that everything she gave me was gold and I knew it. I remember coming home, watching her dailies and showing my partner [Noah Baumbach]. I was like, ‘Look at this.’ And he was like, ‘Damn, she’s really great.’ And I was like, ‘I know.’ For me, it was this present I got every day on set.”

Little Women is set to open Dec. 25 in theaters.