Before Sean Gunn blasts into theaters next week, he surprised fans at an early screening of Guardians of the Galaxy Vol. 2 that included a launch party for its anticipated soundtrack, Awesome Mix Vol. 2.

Gunn, who plays the Ravager character Kraglin (and also does motion reference work for Rocket), introduced the film at Downtown Disney’s AMC theaters in Anaheim on Thursday and spoke to the audience.

In a chat with Heat Vision, Gunn detailed of the process of building an awesome soundtrack, in which writer-director (and Gunn’s brother) James Gunn picks every song as he creates the screenplay so he can write it with the song in mind. The cast gets to hear each song while filming to get a feel of what each scene would eventually be like on the screen.

“We actually will have ear buds in our ears a lot of times and [will] be listening to the soundtrack that the audience is listening to when they see the movie,” said Gunn. “Chris Pratt [Star-Lord] in particular likes to be hearing what song is playing when he shoots his scenes.”

The wildly successful first soundtrack — Awesome Mix Vol. 1 — hit platinum status in early 2015, but the focus isn’t necessarily to make a million-selling disc. The goal is to help move the plot along, said Gunn. The music’s nostalgic pull is what seems to draw many fans to connect even more. The process is very careful and selective, and “it’s purely a creative endeavor deciding which songs are gonna go in there,” he said.

Gunn’s favorite track on the new album is one of what he calls a lesser-known song titled “Lake Shore Drive” by Aliotta Haynes Jeremiah — a song that he and his brother would often hear on the radio when they were growing up.

After the screening, Gunn joined guests for the dance party and posed for photos with fans who dressed up as characters from the movie.

Guardians of the Galaxy Vol. 2 hits theaters May 5, but Awesome Mix Vol. 2 is available now. 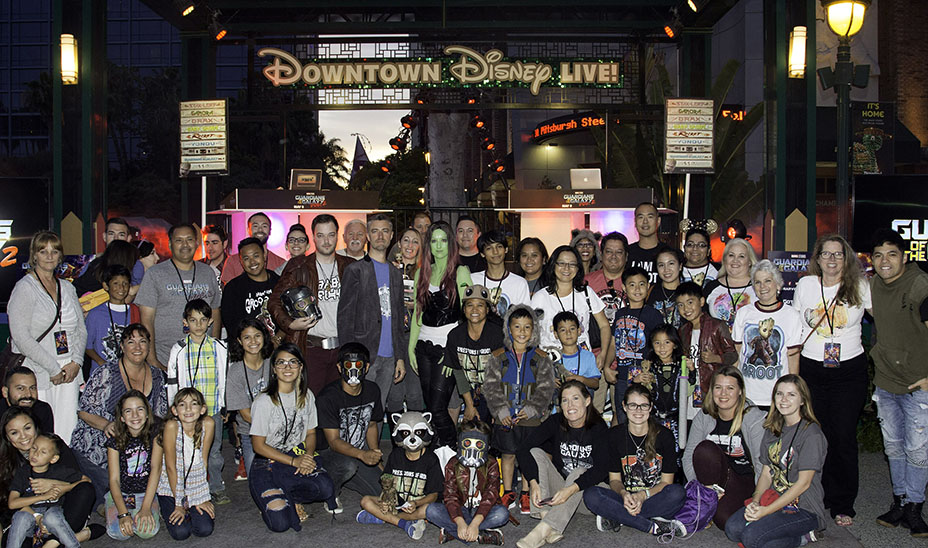