The first issue of Goop magazine is here and it stars none other than founder Gwyneth Paltrow, smothered in clay mud, on the cover.

The inaugural issue features a conversation with Paltrow, in which she discusses failure, alternative remedies and her first cleanse.

“I remember standing in a hippie health-food store in Greenwich Village and I saw a little paperback book describing a ‘master cleanse,’ and I was like, ‘What’s that?'” she recalls. “I remember the next day [after I finished the cleanse] I was like, ‘Oh, wow, I just did this cleanse, and I feel so much better.’ I can have a beer and a cigarette now, right?” 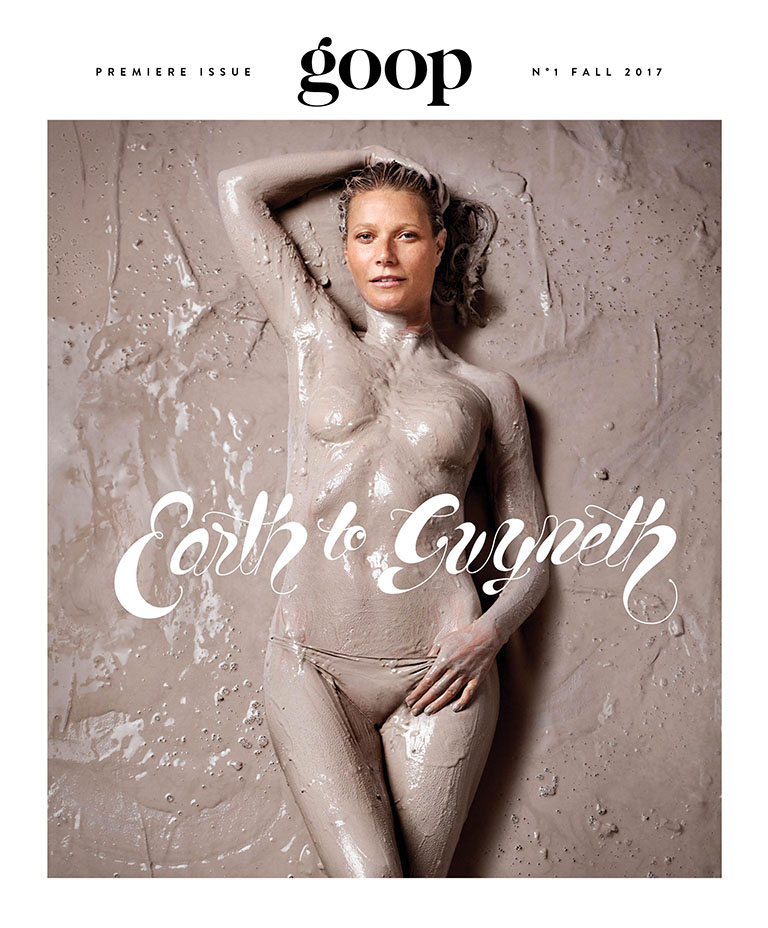 The actress/entrepreneur also shares her first bee-venom treatment. “The doctor stings you [with a live bee] like it’s an acupuncture needle. I had it done on my cesarean scar… I had some buckling in the scar, and it really evened it out,” she says.

The quarterly mag, co-produced with Conde Nast and priced at $14,99, will also dive into healing modalities, clean beauty and a how-to for having better orgasms, not unlike what it’s featured on its website.

Goop magazine is just the latest in Paltrow’s expansion of the lifestyle platform she launched in 2008. The company has launched Goop-branded beauty products, apparel, vitamins and its first wellness summit called “In Goop Health,” which was held in June in L.A.

Of course, Goop’s growth hasn’t come without some controversy. Last month, an advertising watchdog organization filed a formal complaint with two California district attorneys after an investigation revealed that Goop is making deceptive health claims to promote products featured on the site. In response, Goop said TINA.org “provided limited information and made threats under arbitrary deadlines which were not reasonable under the circumstances.”

No matter though, because as Paltrow has learned, “Going into a hole is exactly the opposite of the lesson. The lesson is to energetically cultivate, ‘fuck you.'”