In just nine years, Oscar-winning actress Gwyneth Paltrow has spun Goop into gold. What started in September 2008 as a weekly email newsletter — sharing recipes, spiritual advice from Los Angeles’ Kabbalah Centre director Michael Berg and book recommendations from Madonna — has grown into a Santa Monica-based healthy (and yes, luxurious) lifestyle brand with 110 employees. And according to The Business of Fashion, market sources estimate Goop’s 2016 revenue was between $15 to 20 million. On Sept. 14, Paltrow, 44, opened her first brick-and-mortar store, Goop Lab, in L.A.’s Brentwood Country Mart. That followed on the heels of the Sept. 8 launch of Goop, a new quarterly magazine with Conde Nast. The $15 magazine features Paltrow on the cover slathered in mud with the line “Earth to Gwyneth.”

Since Paltrow took over as CEO last year and raised an additional $15 million in Series B funding from three venture capital firms, Goop is on track to triple its revenue, she says. Online shoppers are snapping up $165 bottles of Goop’s new shiso-scented fragrance and $795 Goop-designed floral maxi dresses. Digging deeper into the wellness space, on June 10, Paltrow hosted In Goop Health, her first live event, and launched a collection of branded vitamins, including “Why Am I So Effing Tired?” monthly packets ($90).

Goop has been the object of some derision for promoting what watchdog groups say is sham science, from bee-sting facials to vaginal steaming (including $66 “jade eggs for your yoni”). And in August, Truth in Advertising called on California regulators to investigate the brand for making false health claims. But Paltrow hasn’t let it get to her. “I’m interested in criticism based on fact, not on projections,” she says. In other words, “If you want to fuck with me, bring your A game.”

Paltrow, mother of Apple, 13, and Moses, 11 (dad is Coldplay’s Chris Martin), invited THR to her California-casual office to discuss Goop’s growth plan and why she’s putting acting on the back burner.

Many say traditional shopping is dead, so why open a Goop brick-and-mortar store?

I do think there are people who have formed a bond with a digital brand that’s resonant for them, and they want an IRL touchpoint. We have come to that from all of our pop-up shops and seeing how our readers and shoppers like to interact with the brand and smell the perfume and try things on and be in the Goop world. And looking at models like Warby Parker and Bonobos and the “click ‘n’ mortar” dynamic, where someone is really connecting online but appreciating an offline experience, we’re a brand that’s primed to do that. I envision retail being a more dynamic experience, using the store for talks, signings, lectures and wellness activations, making it a living space where you are coming into our collective home. 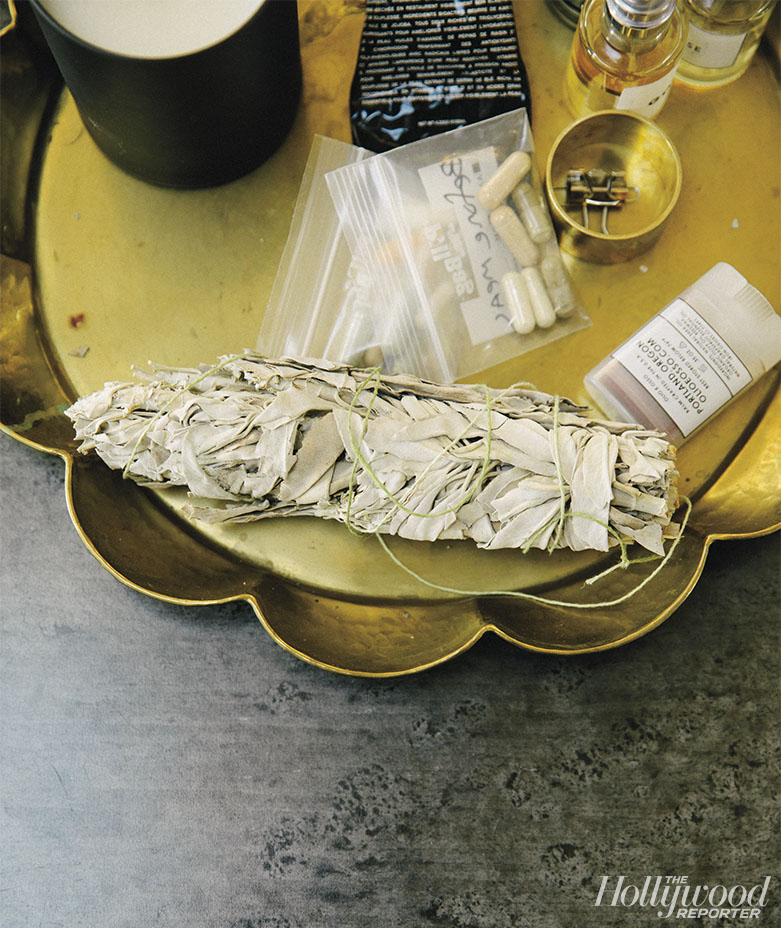 The store design is very residential-feeling. Is this hinting at a move into the hospitality category? Will there be Goop spas or hotels?

That’s part of my plan. We are a few years away, but there’s a big opportunity to have somewhere where people are interested in wellness or a reset, a real retreat where you can have access to Goop’s doctors.

Why launch a magazine now, when print media is challenged?

The media side provides a platform whereby we can create relevance and context for why we are selling what we’re selling. For me, a magazine kid, the thought of doing a magazine with Conde Nast and being able to leverage their creative and design side and sit with Anna Wintour was so great. Hopefully, we might reach people who heard about Goop from a jade egg but don’t know much about the actual content and what our values stand for. 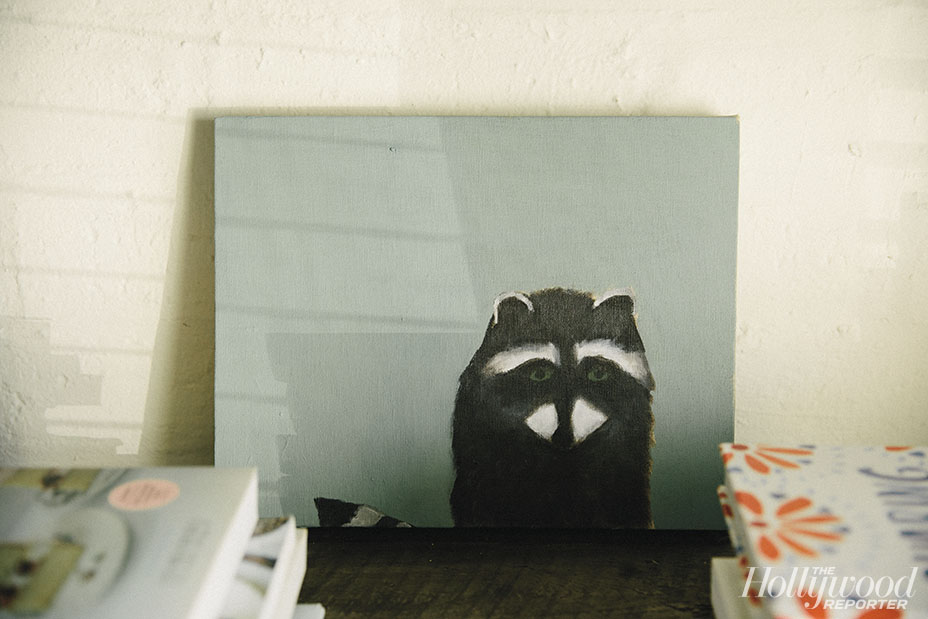 Are you going to be on the cover of every issue like Oprah with O?

It remains to be seen. It would be great if I didn’t have to be, but I know that the people at Conde Nast and Anna know what best practices are. We’re doing this first year as a test, and I wouldn’t want to make the magazine more than quarterly, but we’ll see.

You have created a style that’s become its own adjective, as in, “That’s so Goop!” What is the source of your taste?

I got it from my dad [director Bruce Paltrow]. My mom [Blythe Danner] was never into clothes or interiors — she is an incredible artist but very internal. My dad loved art, was a painting major in college; he loved beautiful things and clothes. Also, I remember when I moved from L.A. to New York, seeing all the people expressing themselves through what they were wearing. It was the ‘80s and Madonna and shaved heads. I became really fascinated with style when I was, like, 11. 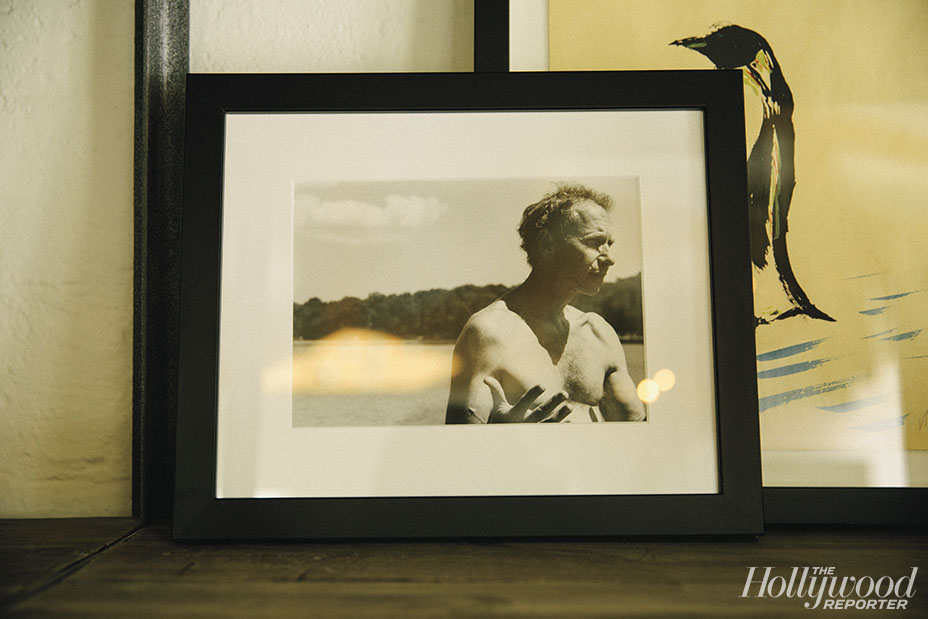 What are the pros and cons of your celebrity now that you are a business and media mogul?

It makes it much more difficult. For the business I’m creating, it’s an obstacle I always have to overcome. For example, Reese [Witherspoon], who is a dear friend, has this quickly growing Draper James [clothing] business, and she leverages her celebrity in a great way for her brand. But for this model — where I’m trying to make Goop bigger than me and its own brand — you become inextricably linked. I’m a target in a way most entrepreneurs are not.

When I interview someone for a position, it takes them a while before I’m not Gwyneth Paltrow. It’s just an obstacle and then it’s OK. But it’s also a blessing when we need to leverage my celebrity — it opens doors. I don’t know many young entrepreneurs who can call [Disney CEO] Bob Iger, [Facebook COO] Sheryl Sandberg or [Airbnb founder] Brian Chesky, and they are kind enough to waste a little bit of their day to help me. So in that respect, my celebrity has been a huge asset. 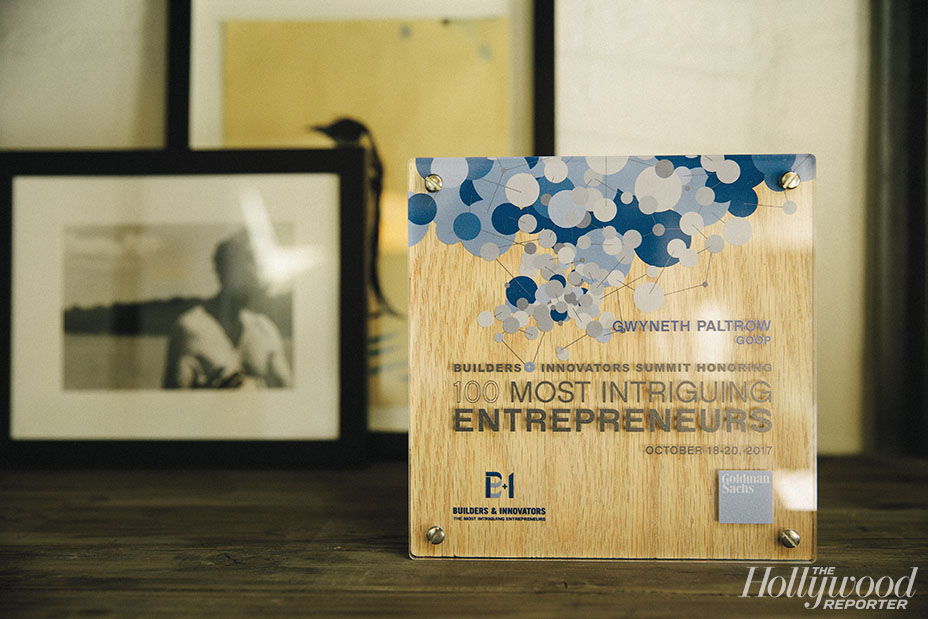 Who are your Hollywood mentors?

[CAA president] Richard Lovett — I speak to him a lot about leadership, stamina and how he maintains his optimism. And [Disney Studios chairman] Alan Horn has been very helpful to me.

What business lessons have you learned from Hollywood?

When you are an actress on a set, an unspoken component of your role is an energetic one to maintain balance and communication, which is a very feminine impulse. For me, when I’m on set, I try to make sure the energy is clean and people can communicate in a safe space, and that’s what I bring to my leadership here at Goop, too.

What are your priorities for 2018?

We want to take Goop international, we want to get this TV show right, and we have a lot of key hires to make. And we are looking to open another store.

What about acting? Is that on the back burner?

I need to be here right now. I went to Atlanta to do Avengers 4, so I’m in and out for that, and it’s weird to go back and forth. We’re growing fast, and balls are dropping all the time. But honestly, I was on set and thought, “You sit here for two hours sipping tea, Robert Downey Jr. and Don Cheadle are making me laugh hysterically — why the hell did I give this up?”

Do you want to direct?

You’ve mentioned a TV show. Would it be an Oprah-style talk show?

Good morning! (Laughs, doing her best Oprah impression.) No, what we are thinking of doing is a TV show with the working title “The Radical Wellness Show.” I would be going into the field and talking to any number of doctors, scientists, civilians, people in crisis in Flint, Michigan, where there is something to uncover and confront about wellness. We would want it to feel more Vice-y in its vibe, but we’re just in the brainstorming phase. We signed on with Ben Silverman’s production company, Propagate, to help us formalize and pitch it.

Maybe you’ll have a Goop network?

Dude, then I’ll be hospitalized. 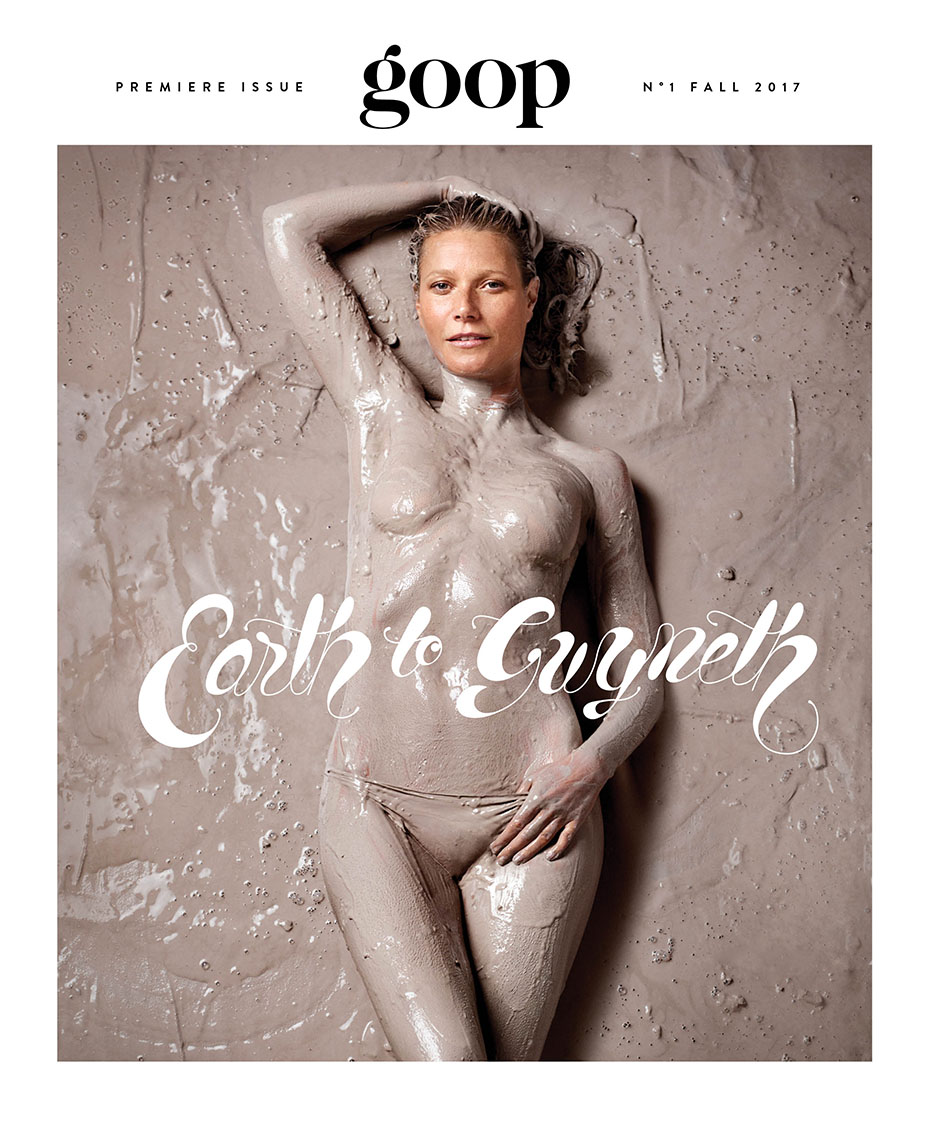