From the moment it was announced, Solo: A Star Wars Story has had Star Wars fans talking. Was it necessary? Who would play Han Solo? Would audiences finally see Boba Fett again? Alden who? Could anyone besides Harrison Ford really play Solo?

Those last two questions got a lot of traction, because Alden Ehrenreich wasn’t really an actor known to mainstream audiences. And those who did know the actor from the Coen Brothers’ Hail, Caesar! or 2013’s Beautiful Creatures couldn’t really picture him as the cocky, self-assured scoundrel we’ve all come to know and love.

But Ehrenreich’s Han Solo isn’t the cocky, self-assured scoundrel from Star Wars: A New Hope. When audiences meet Harrison Ford’s Solo, he’s like many of the mercenary-pilot types you’d expect to meet in sci-fi movies. He needs money, he can do the job and he’s willing to gamble for a higher payoff. If everything had gone as planned, he’d have dropped Luke (Mark Hamill) and Obi-Wan (Alec Guiness) off on Alderaan, taken his money and gone off to do whatever he did next. Even outrunning the Empire is just part of the job. In fact, it’s what made the price for his services higher.

The destruction of Alderaan is a hiccup in his plan (don’t yell at me about calling the death of millions a hiccup — you know what I mean in context), and everything he does until the end of the movie is in line with that plan: get paid. It’s not until he comes flying in to save Luke’s proverbial bacon in that Death Star trench that Solo actually becomes a hero. Ultimately, in A New Hope (and much of the original trilogy) he is a reluctant hero. He’s pulled into being a hero and, most of the time, it’s because he’s trying to impress Leia (Carrie Fisher) or not look like a jerk to Luke.

But there’s something underneath all that swagger, and it’s that something that makes Han Solo interesting.

Han Solo is a cynic.

Most people may see cynicism and pessimism as two sides of the same coin, but aren’t cynics disillusioned optimists? Essentially, they want things to go well, but evidence has taught them that it never really does — that people will betray you and let you down. Expect the worst and you’ll never be disappointed.

In Solo: A Star Wars Story, Solo is an optimist who gets a big dose of reality. That is what makes Ehrenreich’s performance work so well. Ehrenreich finds the side of Solo that hasn’t been disappointed by life. Betrayed by friends. Taught to be weary.

That performance wasn’t created out of thin air. Ehrenreich did his research. He watched the films. He studied Ford’s performances. As he said at a recent press conference, he “absorbed” what he could of both Ford’s performance and Solo as a character and then built his interpretation from there.

Solo lets us see the character as a love-sick kid, a guy who’s still got hope. This kid is so upset about events surrounding the reason he left his home planet of Corellia that he spends his time trying to get back there even if it’s the worst place for him. He’s determined to fix the past. It never occurs to him that the situation may have changed in his absence. In fact, for most of the film, Solo’s pretty affable — talkative, open and willing to risk his ass. He has a goal, and he’s going to achieve it. And then everything will be all right.

That’s not to say Solo’s not savvy. He’s far from stupid, and he’s more than capable of taking care of himself –– both things are clear early on. Han Solo is smart, he’s great with a blaster and he can drive or fly pretty much anything. None of that has changed. It’s how and why he does what he does that matters here. 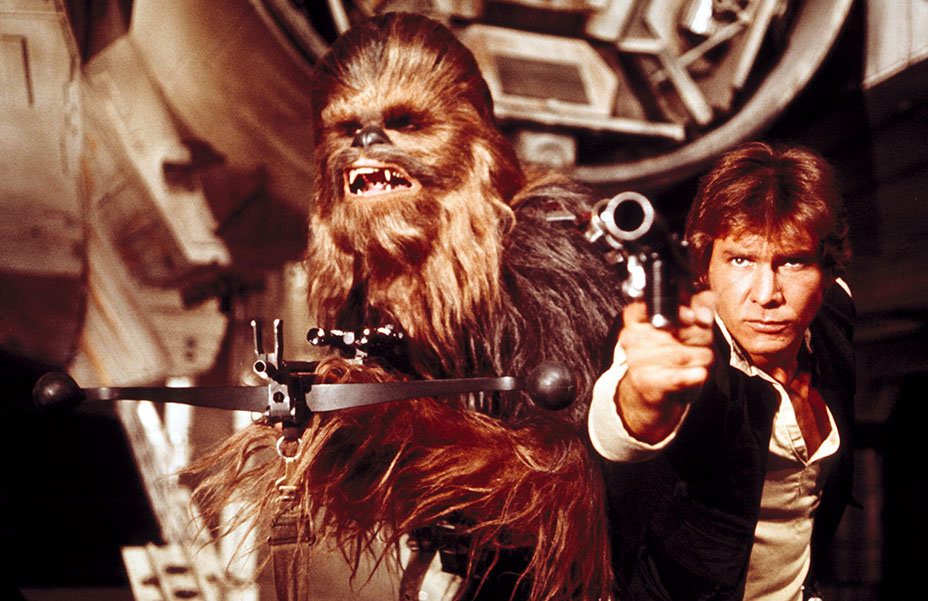 The events of Solo start about 13 years prior to the events of A New Hope with the bulk of it taking place roughly 10 years before. A lot can happen in 10 years. Especially in the years between ages 19 and 29. Ehrenreich didn’t just need to be Solo; he had to find ways to make him a less jaded, less guarded person.

This is why Ehrenreich’s take works so well. You see bits of A New Hope Solo all over the film, but they are just glimpses — it’s how he holds a blaster or the crook of a smile. His smile when he wins is that same unguarded joy we see on Ford’s face when he makes the shot that sends Vader tumbling and gives Luke a clear path to the Death Star exhaust port.

Solo looks tough but turns out to be a pretty OK guy when it comes right down to it.

It’s what Ehrenreich gets so right about Han Solo. He sees the good in him.