There was only about 20,000 credits in the sabacc pot when Lando Calrissian added a ship (which turned out to be the Millennium Falcon) to the pot in his game against Han Solo but you’ll have to gamble $1 million or more American dollars to get the jacket Solo wore in The Empire Strikes Back. 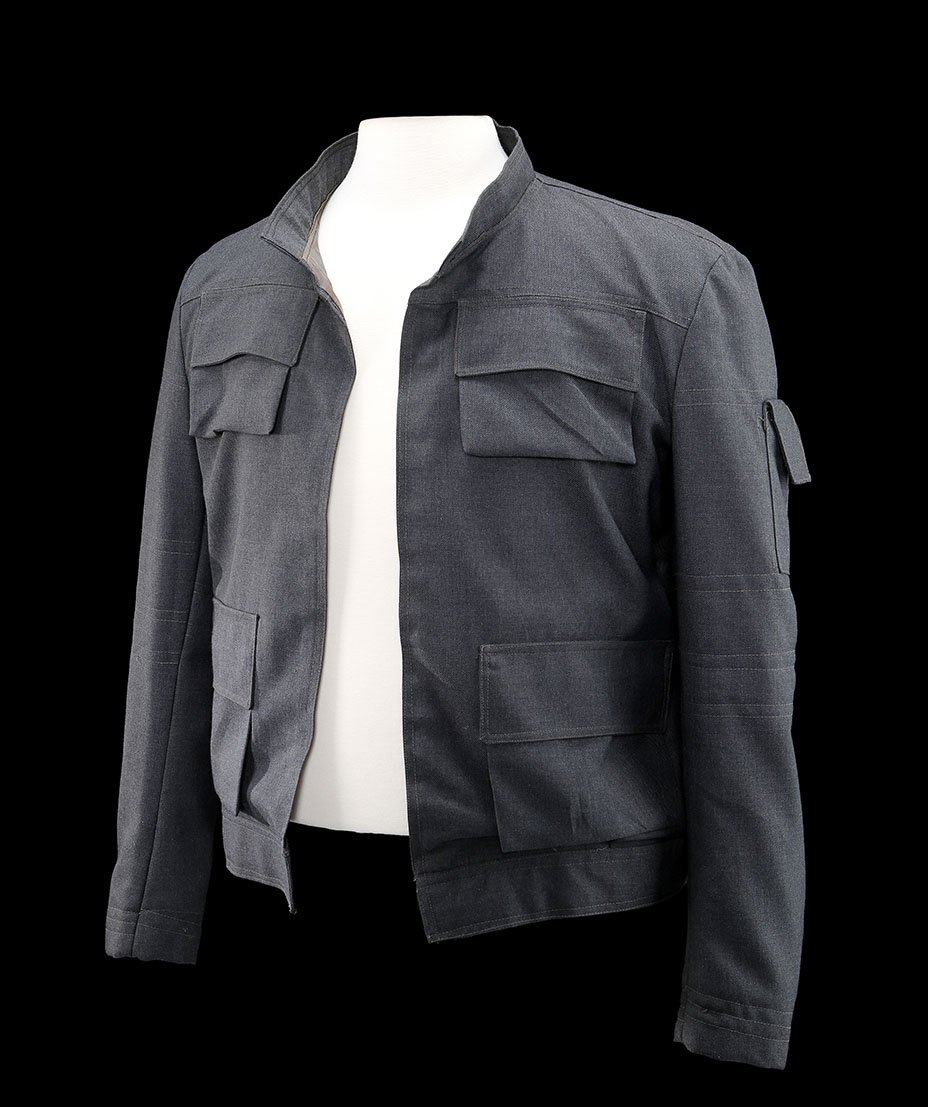 Several versions of Han’s jacket were made for the film; the Prop Store says this one was worn in the Cloud City scenes and other parts of the movie and can be screen-matched based on unique pocket placement and collar stitching.

A Show of Black Art and History at L.A.'s SoFi Stadium Corrects the "Myth of Absence"

The jacket is made of a cotton-wool blend with a polyester satin lining and features a mandarin collar, pockets on both sides at the chest and waist, a large pocket on the rear, a faux-pocket on the left arm and shoulder panel detailing. The jacket doesn’t have any fasteners — George Lucas claimed visible fasteners would make it look like it came from modern- day Earth and would ruin the illusion of the movie. It was designed by John Mollo, who won an Academy Award for his costume work on the original Star Wars.

Memorabilia for the original Star Wars trilogy (1977’s A New Hope, 1980’s The Empire Strikes Back and 1983’s The Return of Jedi) is at peak desirability. A good rule of thumb is that movie memorabilia of this type accelerates rapidly in value around 30 to 50 years after the film’s release — i.e., when its young fans have become middle-aged men and women with peak disposable income. Solo’s jacket and other high-quality 1980s memorabilia are likely to meet or exceed their estimates and to continue to see strong value in the near term.

Also up for sale is another important item from Harrison Ford’s movie wardrobe: Indiana Jones’ fedora from 1981’s Raiders of the Lost Ark (est. $260,000 to $400,000). The hat is made of rabbit felt with a dark brown ribbon and a leather sweatband with the Herbert Johnson Hat Company name and Harrison Ford’s signature (obtained after production by the owner) on the inside. Unique marks on the hat made by creating its distressed look can be screen-matched to the film and to production photos. 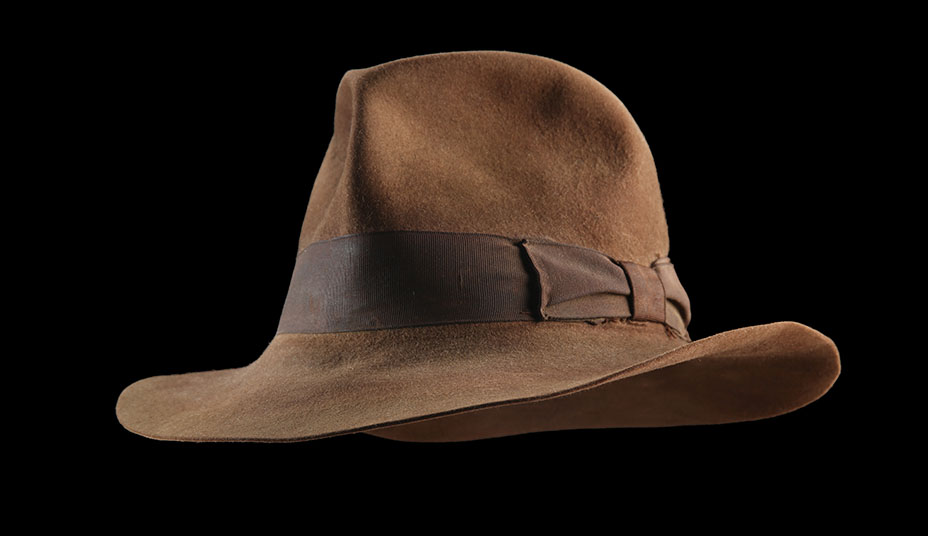 For perhaps a tenth of the price of Indy’s cap, one could acquire Marty McFly’s Back to the Future II hoverboard (est. $40,000 to $66,000). This “hero” version (used for close-up shots) is made of styrofoam and has neon-green and pink Velcro on top, a furry pink foot strap over the back footpad and small holes at the top for where Marty (Michael J. Fox) took off the handlebars. The hoverboard’s provenance can be traced directly to the film’s prop master. 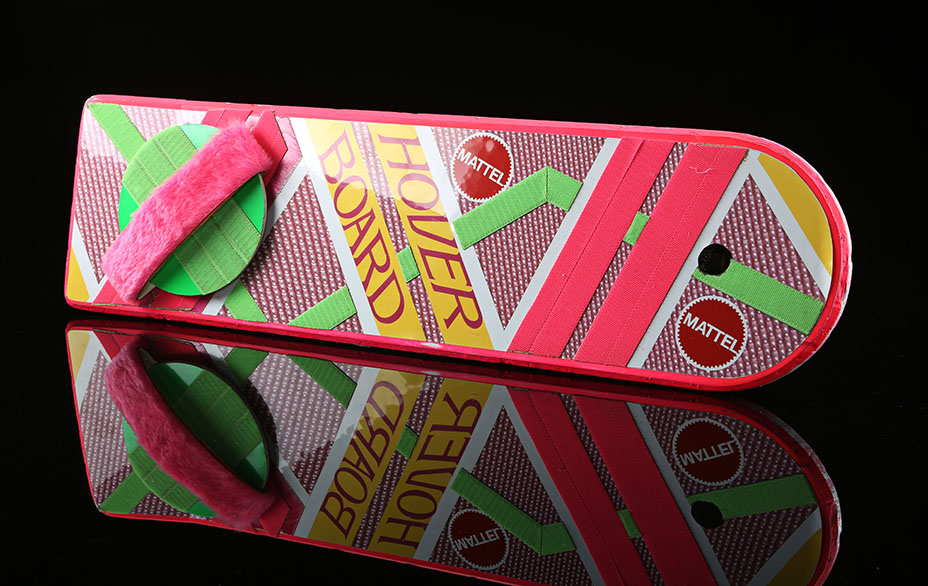 Finally, those looking for something a little more romantic can bid on Rose’s farewell note to finance Cal (Billy Zane) from Titanic (est. $5,000t o $8,000). Rose, of course, was famously played by Kate Winslet and was leaving Cal for Leonardo DiCaprio’s Jack. Written on Titanic stationary with the White Star Line flag on it, the note says, “Darling now you can keep us both locked in your safe — Rose”; she left it in Cal’s safe along with Jack’s nude painting of her. The note comes with a certificate of authenticity from 20th Century Fox, which sold the prop soon after the movie’s 1997 release. 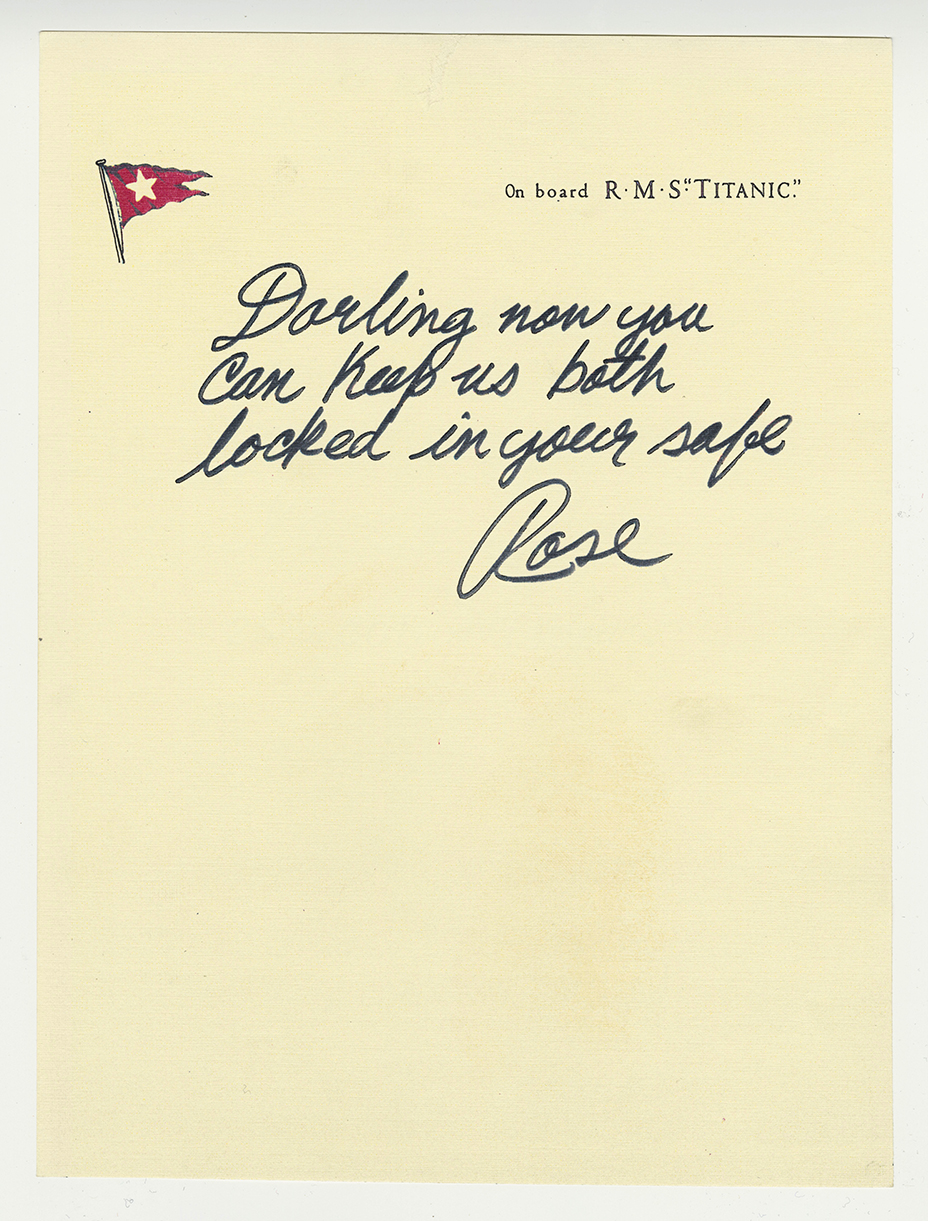 Among the many other items for sale are a Star Wars: A New Hope stormtrooper helmet, a jacket Arnold Schwarzenegger wore in 1984’s Terminator, a Jumanji board game from the movie of the same name and Brad Pitt’s robe from Fight Club (because evidently what is worn at Fight Club doesn’t necessarily stay at fight club).

Items will be on display Sept. 6 to 20 in London’s BFI Imax theater, which is where the auction will take place (online bidding is also available).