The Hollywood Reporter was given an early look at the 30-minute experiences, which debuted Thursday and encourage fans to interact with popular creatures, characters and locations from the Harry Potter universe.

Where to Watch 'Fantastic Beasts: The Secrets of Dumbledore' Online

Tucked into separate nooks of the store, customized entryways for each VR experience are flanked by costumed employees who lead you through your entire adventure. Ticketholders are first taken into a decorated holding room, where they don their adjustable state-of-the-art VR gear and receive instructions on how to navigate through their upcoming journey. This is also where you’ll learn how to cast spells and select your own avatar who will sport your chosen Hogwarts house robes.

Big Harry Potter fans should keep their eyes peeled for the various Easter eggs hidden within these holding areas, where re-created props, posters, signage and more rest on shelves or in lockers, and hang along the room and hallway walls.

Once geared up, you’ll be led into the actual experience room, where the headsets will provide a 360-view of every scene (including everything beneath you) and the immersive elements will help set the experience apart from other VR.

In “Wizards Take Flight,” you’re asked to take a seat on a broom and pull out a peripheral wand that will be vital in a high-flying battle against Death Eaters. Attendees are encouraged to shout their spells while flicking their wands (with perfect technique) as they balance on their broomstick, which shifts up and down and side-to-side to help you virtually fly.

Dobby drops in briefly to assist guests before they’re given a chance to freely roam Hogwarts’ grounds, including around the Whomping Willow and Quidditch pitch. 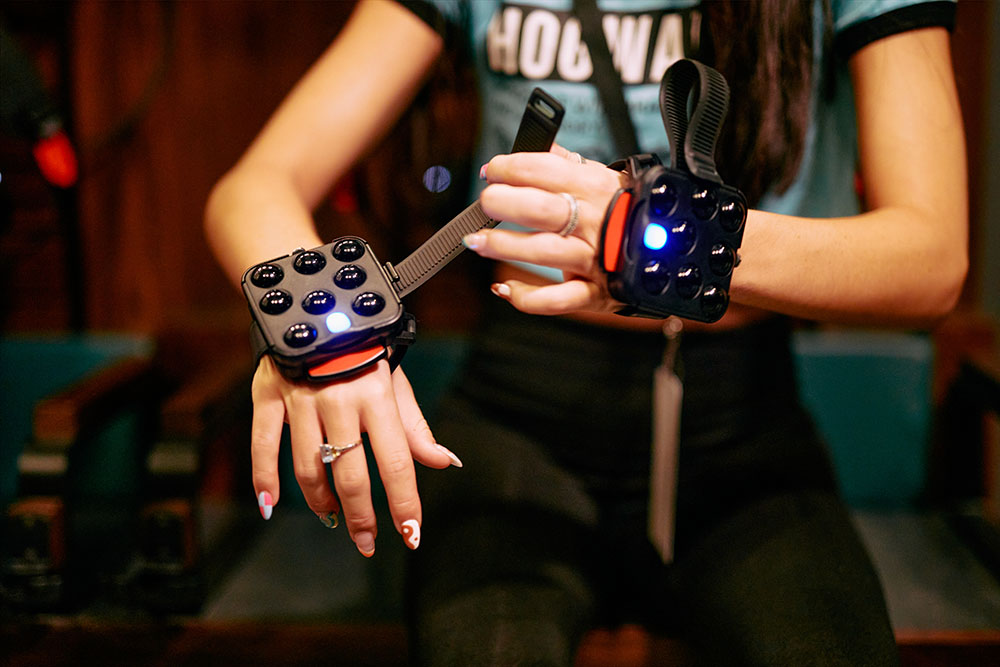 Led by Hagrid, you’ll then zoom across London’s skies, where you’ll encounter Voldemort’s ghastly following in their signature black hoods and masks. As your avatar whips through virtual fog and thunderstorms, prepare to have your own hyperrealistic physical experience in the VR room.

Those effects, combined with the movement of the VR equipment (which will rumble in cases where you hit or swipe building tops), mean “Wizards Take Flight” may be the closest you’ll get to feeling like you’re actually broomstick-flying.

“Chaos at Hogwarts,” a standing experience, offers a different and arguably more involved immersive VR story thanks to the extra elements of walking and teamwork. Unlike “Wizards Take Flight,” guests are required to wear backpacks and foot trackers, in addition to the headsets, hand trackers and peripheral wands. 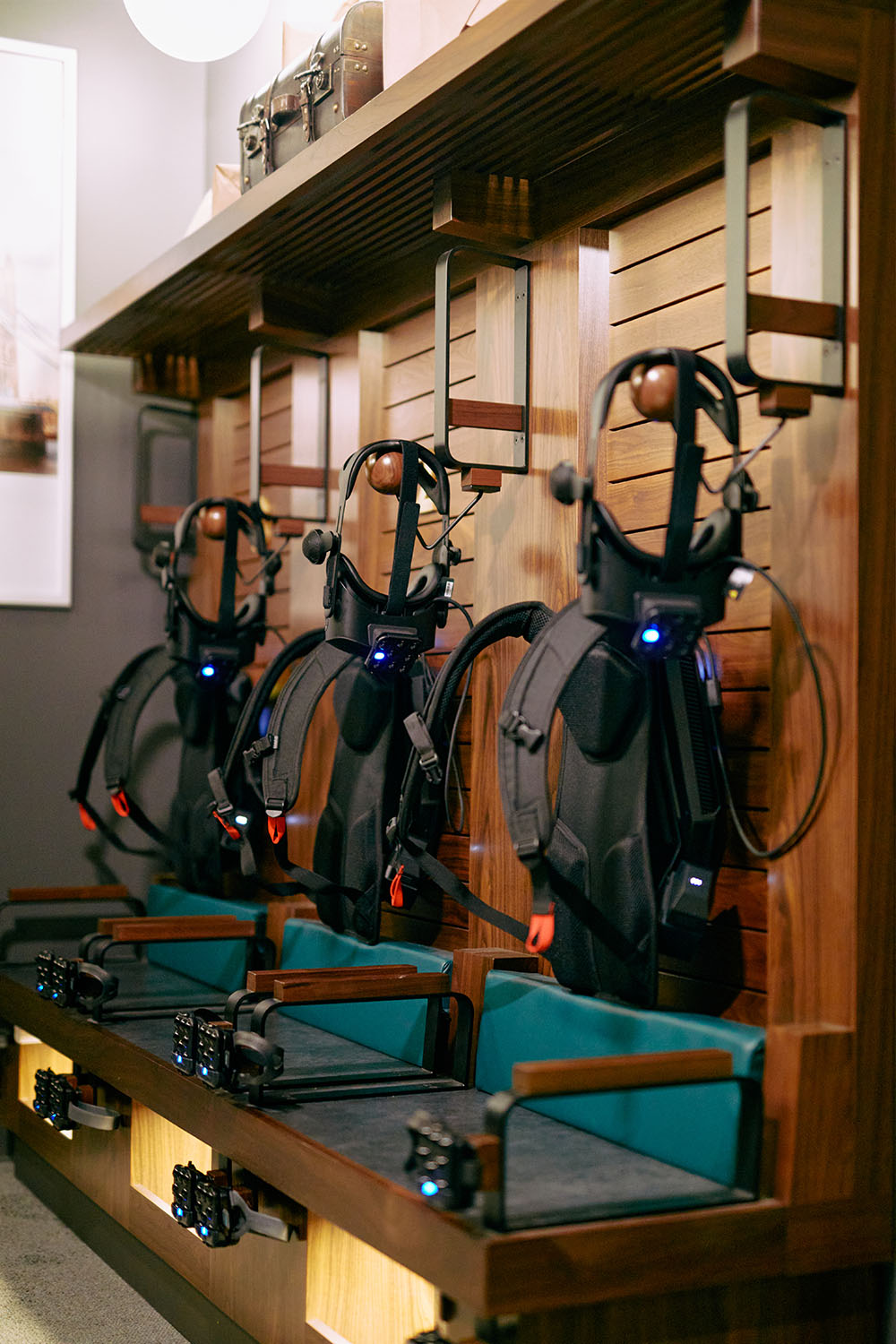 That’s because you’ll be traveling the halls of Hogwarts, from house common rooms and moving staircases to dark, watery corridors and — at one point — a rather crowded (and fiery) Great Hall. Along the way, you’ll be casting several spells, so you might want to jog your memory on those before heading in.

You’ll begin with an intensely realistic experience at Platform 9 3/4 before grabbing your wand and traversing several popular Hogwarts locales, where you’ll meet a handful of magical creatures, a few familiar ghosts and a number of chatty portraits.

As you roam the school, prepare for some incredibly lifelike situations that involve rumbling beneath your feet and even the feeling of free-falling. In an exciting and action-packed first visit to the school, young wizards and witches will go on a wild chase led by Dobby that can end multiple ways. 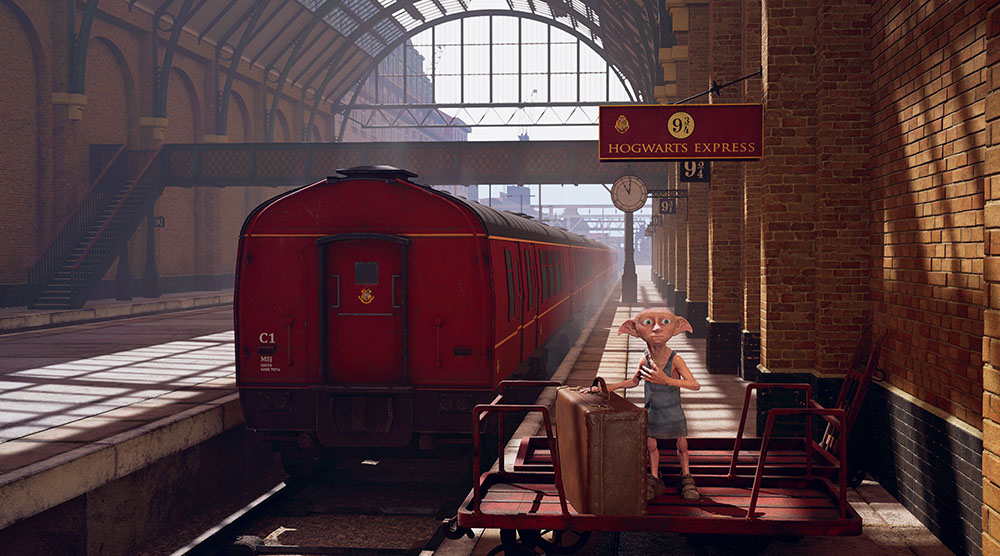 Both the VR adventures require separate ticketing, have height and age requirements, and are wheelchair accessible. Younger and older attendees should also be ready for action-driven stories that can feel more like 4D attractions than standard VR.

Tickets for “Chaos at Hogwarts” and “Wizards Take Flight” are on sale and can be purchased from the Harry Potter New York website for $34. The adventures, which are currently only available for the dates of July 15 to Aug. 15, require timed reservations with advanced booking highly encouraged. Tickets for Aug. 16 to Sept. 15 will be released in the coming weeks.

Guests that buy their VR experience tickets will not need to enter the Harry Potter New York virtual queue that manages in-store capacity and can proceed to the front of the line 30 minutes prior to their scheduled time. 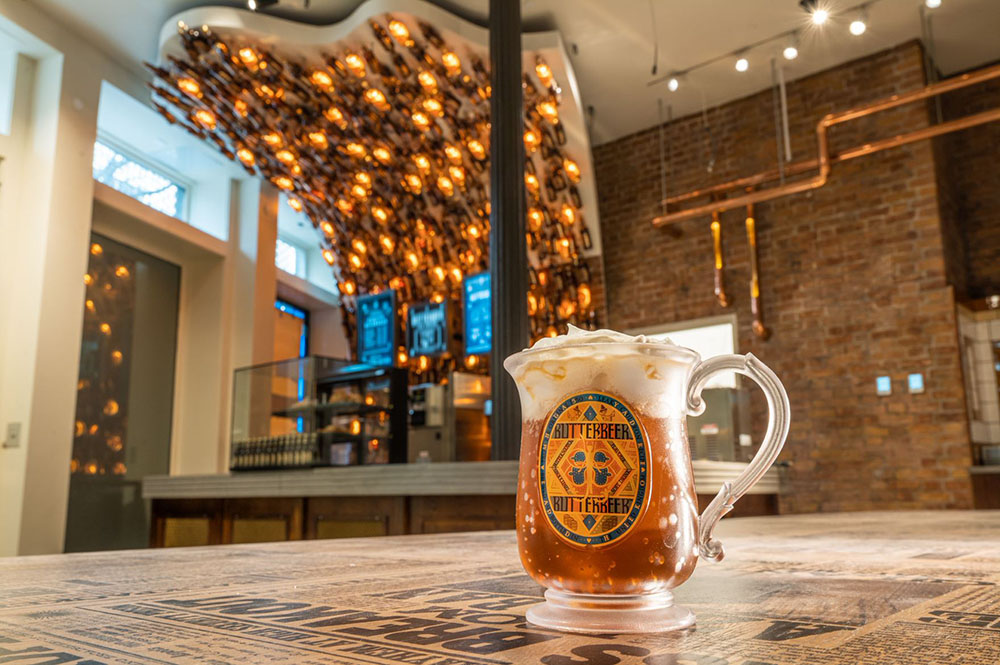 Once you’re done with your VR adventures, you can also explore the store. Located at 935 Broadway, Harry Potter New York features 15 themed areas, including wand and personalization shops, a Butterbeer Bar, a sweetshop themed after Honeydukes and the first permanent House of MinaLima in the U.S. Inside, you can browse and purchase prints from the design studio behind the graphic props of the Harry Potter and Fantastic Beasts franchises.

There are also a number of interactive experiences, including a London telephone box for photo ops, a rather large re-creation of Nagini (who occasionally hisses in Parseltongue) and a store-wide scavenger hunt featuring displayed props from the films.

To visit the store without a VR experience ticket, you’ll want to enter the virtual queue and be prepared to follow the Harry Potter New York health and safety guidelines.