Harvey Fierstein is back onstage in the Public Theater’s Gently Down the Stream as Beau, a melancholy pianist who finds himself dating a much younger man after suffering a lifetime of heartbreak. Written by Martin Sherman and directed by Sean Mathias, the intimate off-Broadway play — which charts the length of the gay rights movement — also co-stars Gabriel Ebert and Christopher Sears.

Fierstien, 62, goes Off Script with The Hollywood Reporter to talk mastering 11-minute monologues, mulling an autobiography and grappling with a blind spot of today’s LGBT youth: “I think they think that the big struggle was getting gay marriage passed.”

What drew you to this play?

I first read it two years ago and said yes within 24 hours. It’s such a delicate piece. It involves two people who have an impossible relationship, but they’re each other’s soul mates, if you believe in such a thing. Just because you find your true love doesn’t mean it’s going to work out, but it’s still beautiful to know it’s there.

How much do you identify with your character, Beau?

I’ve never felt so old in my life. I always think of myself as a 12-year-old, but I do sit in that dressing room and think, “Some of it is acting, and some of it is real.” I’m very old. I’m onstage with two other actors who if you put their ages together still aren’t as old as I am. 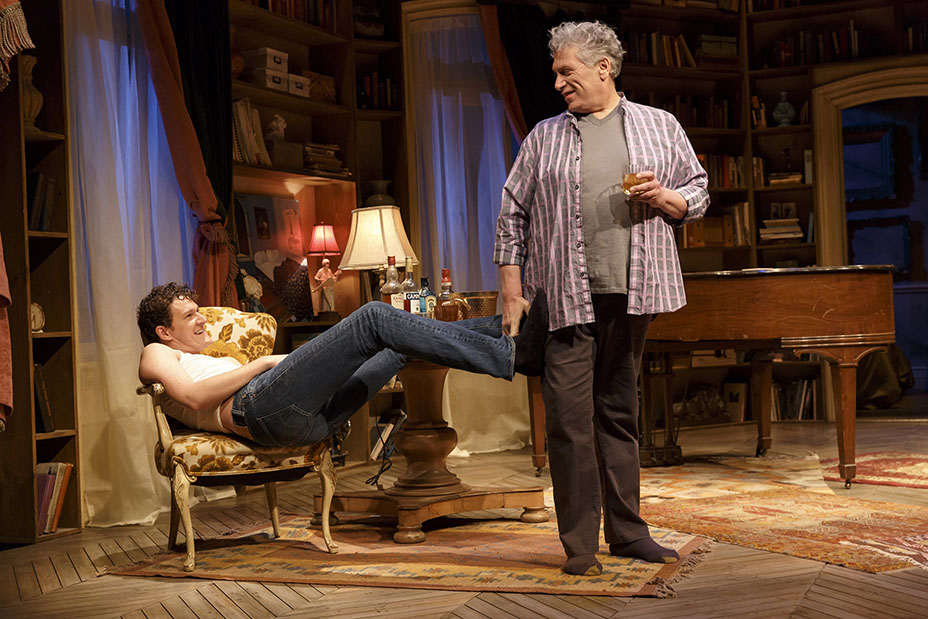 Do you relate to Rufus, who gets involved with Beau, an older man?

I’d had older gay influences from my early years that were very important to me and that showed me the world and gave me my history. In my first year of high school — and I had skipped two grades, so I was younger than most of the kids, which matters a lot then — I was the most immature in my class. And I joined this community theater, and here were these older gay men. The first gay men that I actually became friends with were a couple who had been together for 30-something years.

Then I met people like Charles Pierce, and I worked for [Andy] Warhol when I was 16, 17 years old. One playwright I was working with just asked me, “Why don’t you write a play?” And I said, “Well, I can’t spell. I’m very dyslexic.” And he said, “Well, there are people that get paid $3 an hour to fix your spelling. You go ahead and write.” That one sentence freed me. Without older people bringing me along, I would not be anything. I was being exposed to older people who had a history, and I soaked it up and took full advantage of what they knew.

Do you think today’s LGBT youth do the same?

No, I don’t think they do. I think they think that the big struggle [of the gay rights movement] was getting gay marriage passed. Young people growing up right now see Zachary Quinto or Neil Patrick Harris in major motion pictures or on television and think it’s always been this good. I think they have no idea how we would be arrested in the streets and kept from ever feeling normal. I grew up when people didn’t believe it when you told them Liberace was gay. Liberace!

Now there are museums, community centers and so many resources. There are plenty of books that didn’t exist before. Our history was just so sucked away from us and not allowed, and now we’re reclaiming that history. But remember, there were gays in Hitler’s army, and then all of a sudden you turn around and we’re in concentration camps. You cannot forget that. You need to know that that can happen at any moment.

I’m onstage nearly the entire time, and I never shut up. One of those monologues is 11 minutes long. I do not have a 20-year-old’s brain, and I haven’t had to learn a new role for some years. I worked extra hard to learn the script, and at the end of each show, my production assistant hands me [a list of] all the lines I f—ed up. I’ve gone from three pages down to half a page, so you can teach an old dog new tricks.

I always go to the theater way too early. I don’t know how to stop doing that, but I do that with everything in life. I do my vocal warm-ups, [and right before curtain], I go to the kitchen of the apartment and Gabe’s hiding in the bedroom, and we sort of blow each other kisses through a window. 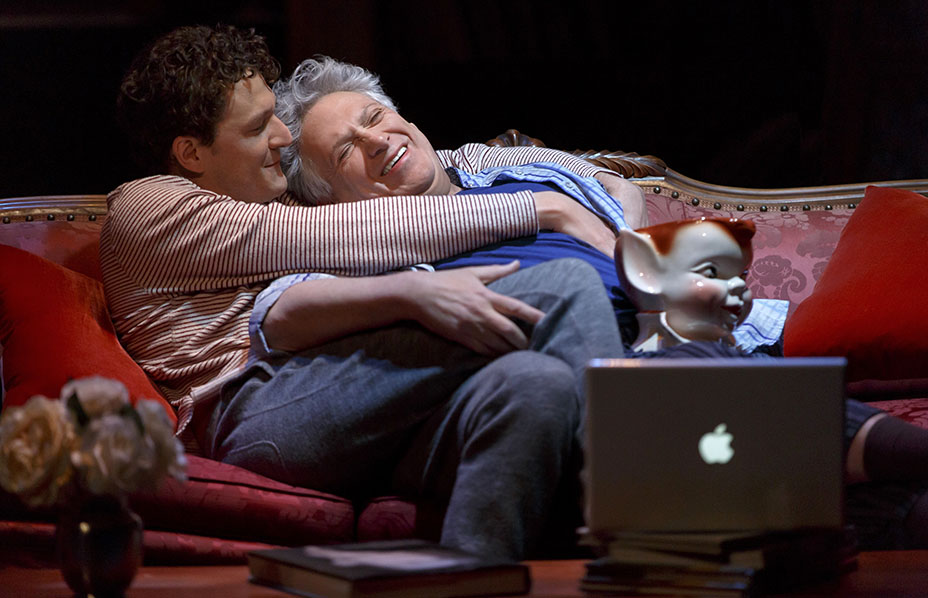 I’ve been sober for more than 20 years, so I don’t go out drinking. Those days are gone. If there are friends there, I certainly go have a Coke with them when they have a drink. But most nights, I unwind while driving home to a small fictional town in Connecticut.

What’s next for you? Any plans to stage Gently Down the Stream elsewhere?

Truthfully, plays are so difficult. There’s a more limited audience that goes to a play, even if it’s an incredible play — unless you’re Harry Potter. I would be more than happy to have just done it in the Public, where The Normal Heart was and where Judy Peabody’s name is right on the building.

A year or two ago, I had gone to Showtime and HBO, trying to get them interested in doing something on this phenomenon that happens very prominently in Florida called the “silver daddy community”: much older men who are chased by much younger men. I think it has a lot to say, but they seem a little frightened of it. I may pursue that again.

I’ve been saying no to most things because I don’t know what I want to do next. I know I want to do something very different. I’ve been working on a new play, and I don’t know how long it’s gonna take to write. People keep trying to get me to write my autobiography. I keep saying I’m waiting for everybody to die first so I don’t hurt anybody’s feelings. Unfortunately, I’m getting to the age where everybody is dying, so maybe I gotta write it before I do.

There are a couple of other fun things. Life is full of fun things to do. The worst crime of all is to be bored — there’s too much else to do.

Gently Down the Stream runs through May 14 at The Public Theater.